It definitely makes a statement anyway.

When it comes to naming her children, Katie Price isn't afraid to opt for something different as proved by her previous choices.

The mother of five (Harvey, Princess, Junior, Jett and Bunny)  is a regular panellist on Loose Women and after the news that Amal and George Clooney have welcomed twins, today's conversation turned to baby names.

Chatting about her brood, Katie revealed the next moniker she would pick if adding to her family but also made it clear that she's not expecting.

"I’m not pregnant by the way, but obviously I’ve got a Princess and a Bunny, Harvey was named after my granddad and Junior because he’s a mini-Pete but I like the name Royalty, and I don’t care what people think".

Princess and Royalty would suggest that there's a definite theme emerging and her next comment would is proof as the former glamour model said if she had more kids, she would think about Prince, Duchess, King, basically 'the whole Monarchy'. 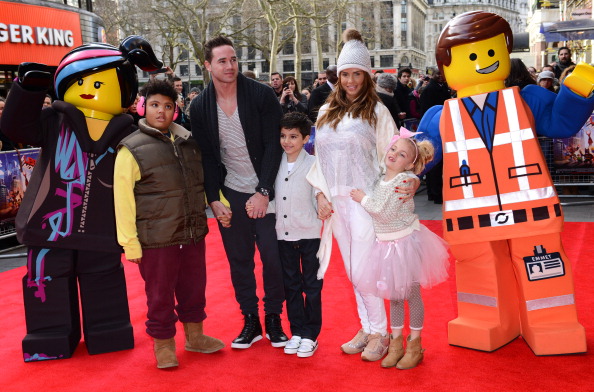 The 39-year-old has been open about her desire to have more children and during a conversation on the show back in January, she said she would like to have at least one more baby.

Total side note for her hair on today's Loose Women which looks very similar to the Snapchat/Instagram filter we're all obsessed with.

What is it? Gold leaf which you can purchase in most arts and crafts shops according to our new DIY queen.

What IS in @MissKatiePrice's hair today?! Let's find out... ??? pic.twitter.com/2fDdzeseWA

popular
Adam Collard responds to claims he cheated on Paige Thorne
Childcare fees to be reduced by up to €170 per month
Vicky Phelan speaks about how she dealt with the trauma of her daughter's accident
Holly and Phillip weren't on media list for Queen's lying in state
Budget 2023: Parents will not have to pay for primary school books from next year
Coco Austin comes under fire for bathing daughter (6) in sink
Paralympian Ellie Simmonds targeted by online abuse after Strictly performance
You may also like
5 months ago
Peter Andre says he's "terrified" of his kids being groomed online
5 months ago
Katie Price calls off engagement after her ex accuses her of cheating
6 months ago
"I wouldn't be here today": Katie Price reveals she tried to take her own life
7 months ago
Katie Price reveals plans to have another child
7 months ago
Katie Price admits she could've left her kids "without a mum" after drink-drug car crash
8 months ago
Katie Price's daughter tests positive for Covid after admitting she wanted to get it
Next Page