As parents, we do everything in our power to keep our children safe and out of harm's way.

That is our job.

And while we all have different rules and boundaries, the purpose is the same: Making sure nothing bad and scary or dangerous happens to our little ones.

Some take things a bit further, though – and I don't know about you, but I found this a bit extreme.

In a blog post that appeared on Today's Parent, Australian mum Leah McLaren argues that in the interest of keeping her children safe from any type of sexual abuse, she will never let them spend time alone in a room with a man that isn't immediate family.

"Never alone in a room with a male teacher. Or a male doctor. Or a housepainter or a lawyer or birthday party clown. I don’t care if you’re dying of thirst and he’s the coolest, nicest soccer coach in league with a fridge full of ice-cold Gatorade. “Grab your teammate and then get your drink from the coach’s office,” I tell my kids. I am honest with them about my rule and the reasons why. Some men are not to be trusted. And frankly, if the coach is a conscientious guy (which he probably is), he’ll know not to invite a kid into a room alone in the first place." 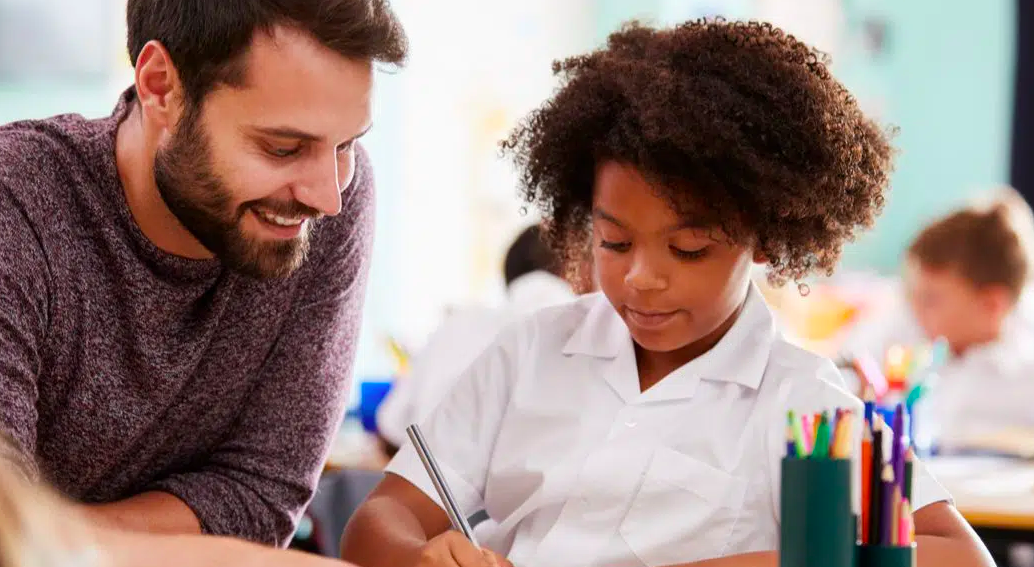 She then goes on to explain her exceptions, and how she realises many will disagree with her:

END_OF_DOCUMENT_TOKEN_TO_BE_REPLACED

"There are exceptions of course: my husband, and all my kids’ grandfathers and step-grandfather. I also bend the rule for a few men I know really, really well. Like well enough that I’ve observed them over a period of several years and have spent holidays together. Both of my brothers-in-law, for instance, get a pass, as do a couple of my good friends’ husbands.  But beyond that? Never alone in a room with a man."

The reactions to the post were, as might be expected very mixed, with the majority saying the mum was way out of line – and that walking around thinking every male is a potential abuser is just plain crazy – not to mention offensive.

The mum has anticipated these reactions, though – and even goes on to talk about it in her original post:

"Think that sounds anxious? Hyper-vigilant? Completely whack-a-doo? I disagree and here’s why. Of all the things we fear and guard against as parents child sexual abuse, is, unfortunately, one of the most likely to happen. That’s not being hysterical, but stating a simple fact."

I don't know about you, but while we all want to protect our children, of course, this just all comes across as rather extreme to me. And certainly unfair to the absolute vast majority of men on this planet.

The mum-of-two, who says she realises how many will view her rule, explains her stance further:

"I’m aware that my rule is really not fair to the vast majority of men who are not paedophiles or sexual predators and with whom my kids would probably be entirely 100 percent safe alone in a room for days on end. I also understand that taking these sorts of precautions may make life especially tricky for men who choose to work closely with small children in caring professions like medicine, teaching or social work—in other words, some of the best and most admirable men around."

However, I believe that ultimately, in this instance, my parental duty to protect my kids trumps my duty as a feminist to treat men and women equally in every "scenario, regardless of the risk."

What do YOU think, mums? Would you ever put this rule in place with your own children? Or is it just way out there?

popular
Kelsey speaks out about moving on after Tom Parker's harrowing death
7 Christmas markets and Santa experiences to visit with kids this winter
"I have been shaken": Kim Kardashian addresses Balenciaga's disturbing campaign
"Enhanced x-ray technology" being trailled at Dublin Airport could lead to removal of 100ml liquid rule
"I know it's scary": Westlife's Mark Feehily diagnosed with pneumonia
Boy seriously injured after alleged dog attack in Wexford
Expert says Cocomelon acts "as a drug" to kids' brains
You may also like
4 weeks ago
I kicked my daughter's friend out of her birthday party- was I wrong?
1 month ago
I think it's safe to say we'll all be holding our children a little tighter tonight
1 month ago
How to potty train your toddler in three days, according to the experts
1 month ago
Kelly Clarkson admitted she spanks her children if they misbehave
1 month ago
Hilary Swank, 48, reveals she is pregnant with twins
1 month ago
How to talk to kids about disabilities – and why you should
Next Page