Kids, work, house, life – struggle to manage it all? The '80/20 principle' might just solve this

Feeling like the juggle is sometimes a little too crazy?

You know – between trying to do well at work, keeping the house in a semi-liveable state, raising great kids, having time for romance with your partner; it can feel like we need more than 24 hours in the day.

The thing is – there could be. If you take a leaf out of Jamie Glowacki's, author of Oh Crap! I Have a Toddler, book, and apply the 80/20 principle to your own life.

Curious? Well, you certainly will be when you hear that Glowacki claims the concept has given her three more hours every day.

According to Glowacki, the Pareto principle can also be applied to parenting with tremendous success. How, you may ask? Well apparently, it all comes down to time management, and figuring out what you’re super effective at and what your time-drains are. 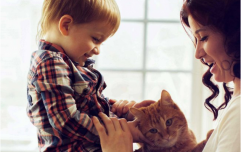 END_OF_DOCUMENT_TOKEN_TO_BE_REPLACED

This all sounds a little out-there and too time-consuming to even attempt, I know, but luckily, Glowacki has a six-step method to help you break it down, and when you have done this, rest assured it will make a huge difference to how your precious time is spent:

Look – we know we are heading into Christmas now, where routines and plans tend to go out the window a little – as they should - but, how about giving this six step plan a little thought over the next few weeks, so that come November 1, you are ready for a far more organised and in-control-of-your-time life? I know I will!


popular
Breastfeeding: The amazing tip one midwife gave me on how to clear a clogged milk duct
This amazing hanging egg chair is coming into Aldi next week and go, go go (but safely)!
These 5 Foods Could Increase Your Chances of Having Twins
Super simple trick to keep paddling pool clean when your kid isn't using it
The Best Kid-Friendly Swaps For Popular Swear Words
Totally tropical baby names inspired by Hawaii
4 ways to fix hard slime with ingredients you probably already have at home
You may also like
1 day ago
Study states we all need to stop using 'time out' to correct bad behaviour
4 days ago
Does your newborn hate the bath? My mum taught me a special trick to try – and it works
5 days ago
Parents spending too much time on their phones is a bigger problem than screen-obsessed kids
5 days ago
Baby boys are more vulnerable to stress than baby girls, but here is how you can help
5 days ago
A dad who grew up without a father started a YouTube channel to teach 'basic dad skills'
5 days ago
Working mums have healthier babies than homemakers says major new Irish study
Next Page