Mary Lou McDonald said middle-income families are being left behind.

Mary Lou McDonald has called for the Back-to-School Allowance to be extended.

She stressed that middle-income families are being left behind when it comes to school support.

Earlier this week, Minister Norma Foley revealed that the allowance would be increased by €100 per child.

Foley confirmed that the allowance for children aged between 4 and 11 will increase from €160 to €260.

However, many parents are not entitled to the allowance which covers school shoes and uniforms.

McDonald said the allowance should be extended to another half a million children. 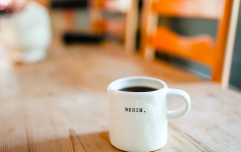 Back to school: The 15-minute trick that is about to change your hectic mornings

END_OF_DOCUMENT_TOKEN_TO_BE_REPLACED

She told the Dáil that families who earn around €621 a week are being left behind.

She claimed that many families are already "fighting to stay afloat".

The news comes after it was revealed that the average parent is spending €1500 if they have children in secondary school. They're also spending an average of €1200 per child in primary school.

Parents are already struggling with the rising cost of living, but back-to-school expenses are now pushing them into debt.

According to a new survey, this year's back-to-school expenses are leaving more parents with debt, including credit card debt.

The results of the survey of 764 parents found that a whopping 66% admit that the back-to-school costs are a financial burden.

Price increases across a range of areas including school books, uniforms, and transport are adding to their worries.

67% of parents will limit or deny extracurricular activities to their children because they simply cannot afford them.

popular
Breaking: Female child found with severe injuries in Co. Clare
Fans defend Khloe Kardashian for posing in hospital bed with her newborn
Vaccine programme to roll out in primary schools
School threatens to suspend pupils who don't follow "outdated" uniform rules
Budget 2023: IVF to be publicly funded and free contraception for under 30s
Holly and Phillip weren't on media list for Queen's lying in state
Girl found injured in Co. Clare house is in critical condition
You may also like
1 week ago
Why teenagers need to learn about gratitude therapy in school
2 weeks ago
Expert warns children are suffering 'burnout' from too many activities and sports
4 weeks ago
Gardaí issue warning to parents over back-to-school photos
4 weeks ago
This is one of the best things you can do for an anxious child
4 weeks ago
10 tips to make the back-to-school routine totally stress-free
4 weeks ago
Teacher warns parents not to buy trendy pop-it stationary and toys for their kids
Next Page