The Mommy Wars: Will women ever support each other properly?

“Will women ever support each other?” asks the writer of yet another mommy-war article, pleading with mothers to drop their weapons.

She’s a stay-at-home mom (SAHM), and yes, while she acknowledges that working moms have it hard, she says being at home with a newborn and a toddler isn’t easy either.

So the message is: Let’s have a ceasefire. We’re all in this together. Being at home is hard and being at work is hard. Stop the 'mommy wars'. Indeed.

It’s a noble idea, but on what exactly is it based? Who is she, and all the other writers of countless similar articles, talking to?

The typical mommy-war is depicted as two tribes staring at one another across the battlefield. The working mothers wearing skirt suits (sure, that’s what women wear all the time), carrying briefcases (anyone?) and babies. They’re rushing to meetings, looking harried and stressed. The stay-at-home mothers are stirring saucepans and holding babies and talking on the phone, looking harried and stressed.

Apparently neither can understand the other’s position, and we’re competing to say who has it tougher.

You know, just like the dagger looks you throw the SAHM at the school gate when you’re rushing to work. Or the jealous stare she throws back at you because you think you’re so great in your heels.

I just don’t buy it. Not in real life.

First of all, most of us have already been that mum at home with a newborn. Regardless of whether there’s a job to go back to or not, we all do the early days thing, and we all know it’s hard. We know that being a new mum is challenging, that minding an older child at the same time is tough, and that cleaning porridge off a high-chair when all you want to do is sleep is the stuff of nightmares.

And when we go back to work after maternity leave, we don’t suddenly forget how hard it is. We just discover a new type of challenge. Where being at home can be tough on a micro level – being “on” all day, never getting a break – being at work can be tough on a macro level. Yes, there are moments when you get to sit quietly and drink a cup of tea, but the overall logistics of commuting and childcare and late night housework can be incredibly stressful. Mothers who are home may have moments of wishing for the break that is work, but I don’t think they’re under the illusion that it’s easy. 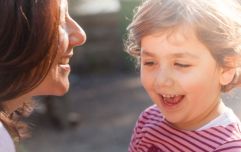 Are all mothers obsessive control freaks?

END_OF_DOCUMENT_TOKEN_TO_BE_REPLACED

Hackles are raised. People feel judged. They question their own decisions. The self-doubt doesn’t feel good. They feel defensive. And some lash out – a hurt, angry comment on an article is all it takes to ignite an argument, and the online mommy-wars are up and running again.

Who wins? Not the working mums and not the stay at home mums – they’re all just clicks on a website.

But the kind of debate I’ve seen online is not something I’ve ever seen replicated in real life. I have many friends and acquaintances who work full-time, many who work part-time, and many who stay-at-home. I’ve never once heard anyone disparage anyone else for her choice (and of course, it’s not always a choice.)

Nobody is getting off lightly. And we’re all so busy trying to run our own lives – racing to work or racing home – we don’t have time for mommy-wars.

When we speak, we talk about how hard it is; we talk about childcare or starting school or going part-time or going back full-time or new shoes or grabbing a coffee or planning a night out. We don’t argue about who has it easy. Because none of us does.

And ultimately, in the real, offline world, I think women look out for each other. So to answer “will women ever support each other?” – yes, they do it every day, by listening, by passing on advice, by sharing a knowing look, by saying “Yes, it’s hard, but you’re doing great.” Those are the women I know. Not a war or a weapon in sight.

Andrea Mara is a shoe-obsessed, coffee-loving mother of three from Dublin. When she’s not working or looking after her three young kids, she’s simultaneously making tomorrow’s school lunches, eating Toblerone and letting off steam on her blog.


popular
A mini heatwave could be coming our way in September
Gardaí begin nationwide search for missing teenage girls Charli & Ruby McGlynn
Mum issues warning to parents over frightening Cocomelon video
Vogue Williams slams man who refused to swap seats with her on plane
Here's where you can find school uniforms that will stand the test of time
Toddler tries running away from home – because Cocomelon was turned off
Mum charged with murder after allegedly leaving baby in hot car
You may also like
2 years ago
The BEST nuggets of wisdom, tips and tricks on baby sleeping
3 weeks ago
Alica Silverstone admits she still co-sleeps with her 11-year-old – and why do people care?
3 weeks ago
Mums are sleep deprived for six years after having a baby – and yet dads are not
4 weeks ago
Confession: "I spy on my husband to make sure he is cleaning"
1 month ago
I helped a distressed mum yesterday, sometimes it's just the little things
1 month ago
"Please don't slate me": Is it okay to leave my baby alone in the car?
Next Page