This is how much of your year you'll spend grocery shopping

It is one of our most dreaded of weekly tasks and it seems we’re spending a lot of time doing it.

Our weekly trip to the shops can be quite the stressful experience. With a list of items to get and a strict budget to adhere to, grocery shopping is not always the ‘in-and-out’ job we’d like it to be.

Well, research done by Lidl has revealed that we spend a significant amount of time doing said task– 250 hours a year to be precise.

Two thirds of the respondents were shocked by this figure, saying it was more than they thought it would be but said they wouldn’t cut down that time.

However, those living in the Connaught/Ulster regions were shocked by the findings and 47 percent say spending over 10 days grocery shopping annually is a complete waste of time.

The research also focussed a light on something many of us are guilty of – trolley snooping.

A whopping 64 percent of Irish female shoppers say they’ve had a nosey at other customers’ shopping trolleys and baskets. 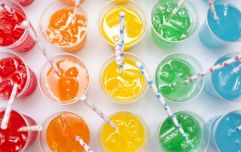 END_OF_DOCUMENT_TOKEN_TO_BE_REPLACED

71 percent say it’s out of interest while 30 percent admit they are doing it to silently judge.

And it seems when we’re not going it alone - the study revealed that we’d prefer to bring a best friend or partner with us rather than a Hollywood A-list star.


popular
This plant-based cleaning range will make a huge difference to your home hygiene
Minister for Justice Helen McEnte shares first picture with newborn son
Madeleine McCann's parents release statement ahead of her 18th birthday
Here is why we should be hugging our kids when they are being bold
Meet the Irish midwife in Australia who is helping women worldwide access childbirth classes
Winning (weird) food combos that pregnancy cravings helped me discover
Apparently, this €20 foundation is BETTER than far more expensive designer versions
You may also like
12 hours ago
5 delicious (and healthy-ish) ice lollies to whip up when the sun comes back
3 days ago
Indoor fun: 3-ingredient rainy-day cookies (to save your afternoon)
4 days ago
5 one-pan dinners that pretty much make themselves – when you have zero will to cook
4 days ago
Aperol Spritz ice lollies are what Bank Holidays weekend dreams are made of
1 week ago
Wham Bar, Cola Bottle and other retro ice pops are coming to Iceland this summer
1 week ago
Cookie butter lattes are trending on TikTok and here is how you make one at home
Next Page