I can't count the amount of times I've rushed out of the house in the morning only to realise later on that I've put my shoes on the wrong feet or that there's a stain on my jumper.

One of my relatives even managed to leg it out of her house without her shoes or her house keys leading to her being locked out with no shoes. Oh the joys.

We've all had those kind of days as a parent which is why when I saw this post all I could think was 'I feel ya'.

In fairness to her I know I would have made the same mistake if I had seen it laying around.

The mother in question posted the photo along with the caption;

"If you feel like a failure today, just know I wore a car seat cover that a friend gave me because I thought it was a skirt." 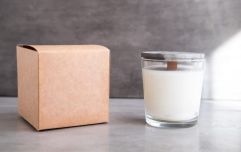 END_OF_DOCUMENT_TOKEN_TO_BE_REPLACED

Luckily it's not that bad of a mistake as you wouldn't actually be able to tell that it wasn't a skirt unless it was pointed out to you.

Really she just found another use for it after it's no longer needed for her child's car seat anymore.

popular
Dad asks public to forgive his wife after she killed their three children
Fans believe Molly Mae has called her daughter after a Disney character
Police special operations unit seize mother's e-scooter after she took child to school on it
Fans call out Jake Paul for insensitive comment on Molly-Mae's baby announcement
16-year-old boy appears in court following murder of teenage girl
Molly Mae says becoming a mum is the best thing that ever happened to her
Dad admits he hates his daughter's name so much it makes him uncomfortable
You may also like
4 months ago
Musings: Can we talk about that first wee after giving birth, because JAYSUS!
4 months ago
Some things definitely 'not' to do if you've been up all night with the baby
6 months ago
Mum starts a photo thread of what sums up motherhood and it's too real
6 months ago
Mums writes post on how to prepare for children and it's the absolute truth
7 months ago
Think you're having a bad day? : Mom accidentally names baby 'Lasagna'
8 months ago
Dad Pranks Wife With Photoshopped Pics As She Returns To Work After Maternity Leave
Next Page