What do you reckon?

A mum has sparked a huge debate online after revealing that she doesn't let her kids eat any food that contain harmful sugar - including birthday cake.

Nutritionist Tonia Buxton, who is a mum-of-four, appeared on Friday's Good Morning Britain to talk about the anti-sugar policies in her house.

She told how her kids weren't even allowed a slice of birthday cake at a party, as sugar "has the same effect on the brain as cocaine" and it would leave them wanting more.

With nearly a third of children aged two to 15 being overweight, is it cruel to deny kids sweets and cakes at parties? 🍰 pic.twitter.com/DsUKjkXalc

“Once you have one, sugar has the same effect on the brain as cocaine. So, it’s a hit. 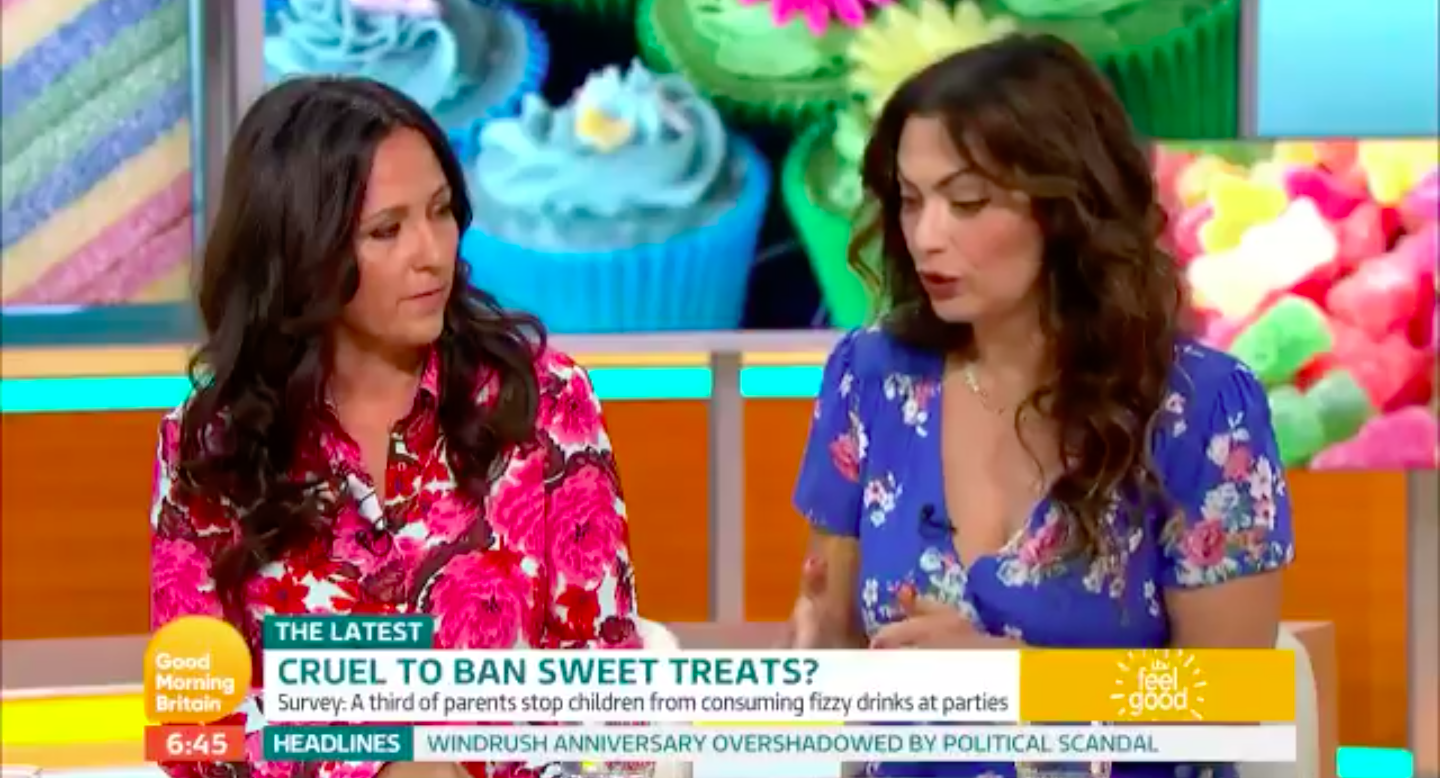 Parenting expert Amanda Jenner appeared alongside Tonia on the morning chat show - and disagreed with the nutritionist's opinions.

She said that she thinks it is ok to treat your children, provided parents do so in moderation.

The opinion ended up sparking a debate among parents online, with many of them against an outright ban of sugary sweets.

I wouldn't stop my 12-year-old having treats at a party. Hate the sugar-packed, party bags! I do limit fizzy, sugary drinks, sweets, cakes and biscuits so that they are treats and not the norm. Not necessarily for weight issues but because they have no value to the body & harm it

Oh for goodness sake everything in moderation and get them moving...


popular
Six stillbirths linked to Covid-19 in Irish hospitals
Lidl's hanging egg chair is coming back to stores this month
Princess Charlotte doesn't have to bow to the Queen but Prince George does - here's why
Looking for pain relief for you and your children? We've got just the answer
Apparently, these are the worst baby names 'of all time' according to people
Costa del back garden: The €300 inflatable water park that will save your staycation summer
The ultimate gift for your Prosecco loving friend? Behold the prosecco scented candle
You may also like
6 days ago
SpongeBob SquarePants episodes pulled from streaming over 'inappropriate' storylines
1 month ago
Netflix testing feature that could lead to password-sharing crackdown
2 months ago
OFFICIAL: Peaky Blinders will end after the sixth season
3 months ago
This Morning interview with Graham Norton goes disastrously wrong
3 months ago
Did you spot this? Bridgerton's Claudia Jessie also starred in Line Of Duty
3 months ago
The cartoons experts say are teaching kids the wrong lessons about violence, pain, and gender
Next Page