Mum Suing Hospital After A Stranger Breastfed Her Newborn Baby

Would you let someone else breastfeed your baby?

What if you didn't even have a say in the matter? Two days after Tammy Van Dyke's baby, Cody was born, a hospital mix-up meant her son was placed with another mum who she thought was her own baby, Liam.

That other woman didn't realise the mistake and began unknowingly breastfeeding a stranger's child.

Tammy said the other mum was really upset once she realised the mistake:

"She was just distraught as me that this happened to her, and in the meantime, also didn't know where her baby was" 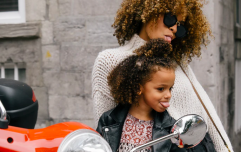 Mum confession: My four best tips for staying sane on the busiest of days

END_OF_DOCUMENT_TOKEN_TO_BE_REPLACED

The Minnesota hospital at the centre of the mistake sent the Van Dyke family an apology, and brought in a new electronic procedure to try to prevent similar incidents from happening again. But Tammy has now filed a lawsuit seeking damages of over 50 thousand dollars saying that the hospital's mistake led to:

We've been chatting her at HerFamily HQ about nursing and whether or not we would let anyone else feed our child. We would love to hear your comments on the issue.  What if it was an emergency? What about a sister or other relative that you trusted?