A study has linked picky eating with mental health issues

My now six-year-old once famously declared that her very favourite vegetable was pancake.

And much as (I think) she has since realised that pancakes are indeed not a vegetable (if only!), let's just say she is still not the biggest fan of actual vegetables – much as I desperately try to make her. In saying that, she will try most other things when it comes to food, and actually asks for both sushi and steals my morning acai bowls, so I guess it swings in roundabouts.

The thing is, so many of us struggle with kids that are picky eaters, and find ourselves constantly worrying about whether or not they are getting the nutrients they should be.

And now it turns out nutritional balance isn't the only thing we should be fretting over when it comes to our pint-sized picky eaters. According to a study published in the journal Pediatrics, researchers have linked picky eating, even at moderate levels, to psychiatric problems in kids, including among others anxiety and symptoms of depression.

The study, conducted at Duke University in North Carolina, screened more than 1,000 children ages 2 to 5, and found that a whopping 20 percent were picky eaters.

Nancy Zucker, study co-author and associate professor of psychology at Duke University, and her colleagues looked into the implications of picky eating when she made a connection between more and more adults with eating-related issues who reported having been picky eaters as children.

For the study, the children’s parents recorded their eating habits, and the researchers conducted tests to determine how the children scored on measures of anxiety and symptoms of mood disorders. 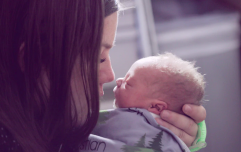 END_OF_DOCUMENT_TOKEN_TO_BE_REPLACED

About 20 per cent of the children were picky eaters, meaning they either ate only a restricted number of foods or could not eat with others because of their limited range of food preferences. Only about 3 per cent fell into the latter category of severe selective eaters. Alarmingly, those children were more than twice as likely to be diagnosed with depression or social anxiety. Even children in the moderately picky eating group were more likely to show symptoms of depression, social anxiety or attention deficit-hyperactivity disorder compared to children who weren’t picky eaters.

While this might sound scary to many, Zucker says the findings shouldn’t alarm parents, but should help them and their doctors to start being more specific about when picky eating is normal and when it should be seen as a sign of possible anxiety issues.

What may be happening, she says, is that selective eating may be a symptom of a broader hyper sensitivity. So for certain children who see, feel, hear and taste their world more intensely, being picky about which foods they eat may be a way of coping with an otherwise overwhelming influx of sensory information.

“The restriction and narrowness in eating is a way of simplifying their rich, overwhelming world,” Zucker explains. But instead of just taking the "sit back and wait for them to grow out of it" approach, the professor thinks health care providers need to be quicker to intervene and that parents need to be given better advice when it comes to dealing with a picky eater.


popular
The Christmas movies TV channel is launching this week
Dear mums – here are the words we really need to share with every new mother we know
The must-have decor buy for your baby's nursery is back in stock – and it's only €28
The new app that will refresh your Irish skills – and can even help kids learn it quicker too
Struggling to get your tween to talk to you? Here is something that might help
11 beautiful vintage baby names that deserve to make a comeback
These 5 Foods Could Increase Your Chances of Having Twins
You may also like
2 days ago
Having kids helps you stay young (and live longer) – and it has actually been proven true
3 days ago
Kids who wet the bed still? One mum has a 'game-changing' sheet hack you need to know about
4 days ago
Research finds membership in home-schooling groups doubled during Covid
6 days ago
Husband records video of wife reacting to a child free day out and it's so relatable
1 week ago
Teacher warns parents about class WhatsApp groups – and you might agree as to why
1 week ago
Embrace the season: 10 fun things you can (still) do with your kids this autumn
Next Page