One little girl's fight for trans rights in Trump's America

In a week that saw US President Donald Trump tweet that he would ban transgender people from military service, one proud mum and her daughter have made it their mission to raise awareness of trans issues. 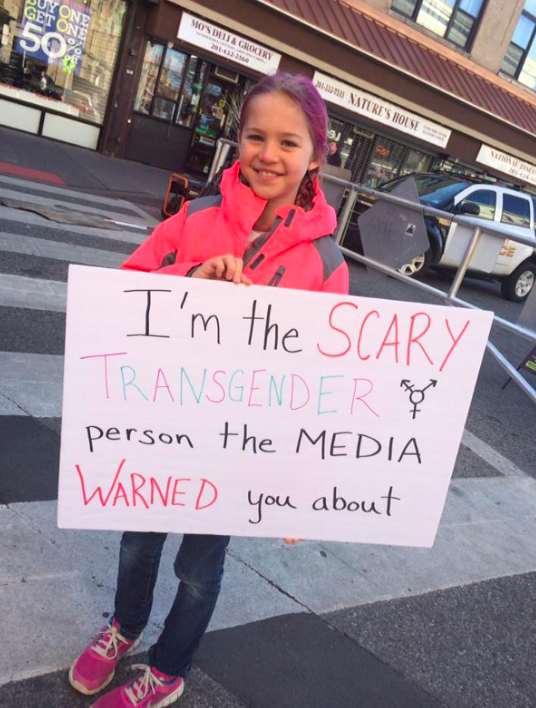 "Our military must be focused on decisive and overwhelming victory and cannot be burdened with the tremendous medical costs and disruption that transgender in the military would entail."

But 10-year-old Rebekah Bruesehoff, a transgender girl from New Jersey who has been transitioning since she was two years old, and her family have made it their personal mission to spread the word about transgender issues.

Rebekah's mum, Jamie Bruesehoff, describes herself as a "writer, advocate, holistic living mama to three kids, proud mom to a transgender kid, and pastor's wife" and blogs about her experiences and pride in parenting a beautiful daughter who was born a little boy.

In the past, Jamie has written movingly about how she and her husband feared for their daughter's mental health after living as a boy left Rebekah suicidal at just seven years of age. 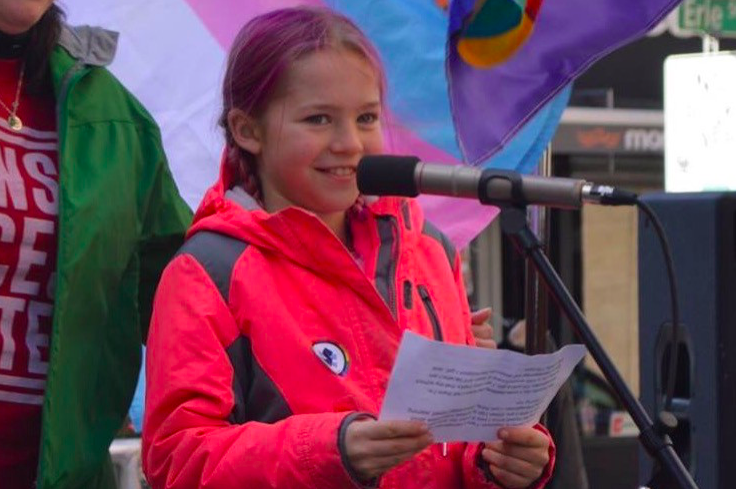 Jamie says that most people in their lives have been supportive but admits that having the conversation with other parents can be "sticky" at times:

"Overwhelmingly, when people in our lives find that out, they are surprised but supportive. She, of course, doesn’t go around introducing herself to everyone she meets as transgender, but when she gets close to a new friend she usually tells them. More often than not, they simply don’t believe her. They know her as their friend, Rebekah, and they can’t conceive of her ever having appeared to be anything else.

They see her as a girl through and through, which is good, because she is. In those situations, I get the sticky task of contacting parents and trying to facilitate a conversation with them. We have been lucky beyond words that most of these parents have been very receptive, eager for resources, and happy to help. We send home some children’s books and websites for parents, and everyone leaves the situation feeling grateful to have a little more understanding and connection." 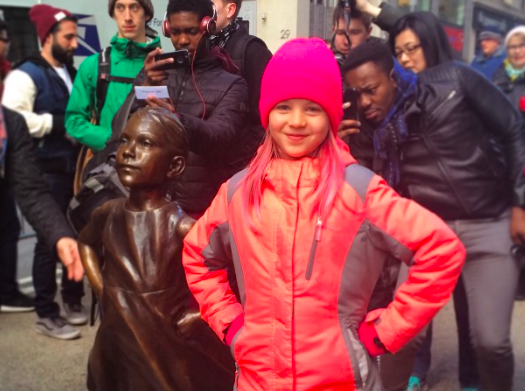 In one particularly moving blog post, titled A Letter To My Transgender Daughter, the proud mum writes that she is in awe of Rebekah's strength and determination:

One year ago today we affirmed your identity with a new name. It was one of the names we considered for you before you were born, when we loved you so but hadn’t yet met you. It was fitting to use it now that we finally do know who you are. A year later, I can’t imagine calling you anything else. You are our Rebekah, or “Beba” as your littlest brother calls you.

I’m in awe of your strength and determination. I’ve never seen anything more beautiful than watching you be yourself, and I feel so blessed that I get to watch you grow.

You didn’t just make daddy and I parents, you schooled us on what it meant to love a little person with their own big feelings, thoughts, and personality. You showed us we were capable of things we had never imagined, or never wanted to imagine like not sleeping for more than twenty minutes at a time for months on end. You demanded that your voice be heard. You’ve known that your thoughts, feelings, and ideas mattered just as much as the next person from the start. Your age never mattered. In truly listening to one another and responding as best we can to each other’s needs, magic happens. That’s what our family is built on, and you taught us that..."

Rebekah, we salute you.

Parents and family members of trans children in Ireland can seek support and information from Transgender Equality Network Ireland (TENI). The organisation run a peer support group called TransParenCI alongside a group called Transformers for trans young people whose parents attend TransParenCI. Although the groups run simultaneously they are facilitated in separate spaces.

popular
Today FM's Paula MacSweeney welcomes baby boy
Primark reintroduces female-only fitting rooms after incident at one store
Hilary Swank, 48, reveals she is pregnant with twins
20 Unisex Irish Baby Names That Are Absolutely Magical
42 absolutely BEAUTIFUL baby names inspired by our favourite romantic movies
Rachel Riley and Pasha Kovalev got married in secret on the weekend
Inbetweeners co-stars Joe Thomas and Hannah Tointon welcome their first child
You may also like
15 hours ago
Kelly Clarkson admitted she spanks her children if they misbehave
19 hours ago
Hilary Swank, 48, reveals she is pregnant with twins
5 days ago
Understanding why children cry, and why it's actually a good thing
5 days ago
Decoding toddlers: This is why your child can't just 'calm down' during a tantrum
6 days ago
Research says working mums of two are twice as stressed as working women with no kids
1 week ago
Should older kids have to babysit younger siblings? One mum weighs in
Next Page