Why one mother has issued a warning about playground slides

A timely warning considering the high temperatures in Ireland these last few weeks.

Stephanie Luker has warned other parents of the potential danger posed by playground slides in warm weather after her daughter Ariadne, who's almost two-years-old, suffered second-degree burns on her hands.

Stephanie, who lives in US state Idaho, explained that after getting off the plastic slide, the toddler said her hands were sore and so they went home.

After inspecting her daughter's hands and noticing that blisters had started to form, Stephanie called the doctor who told her that the little girl was suffering from second-degree burns owing from the plastic on the slides.

"My daughter is red haired and fair skinned, so we have always been aware of sunburn, but not this. I see a lot of parents, myself included, just let kids go be kids and not worry about checking slides or other play equipment". 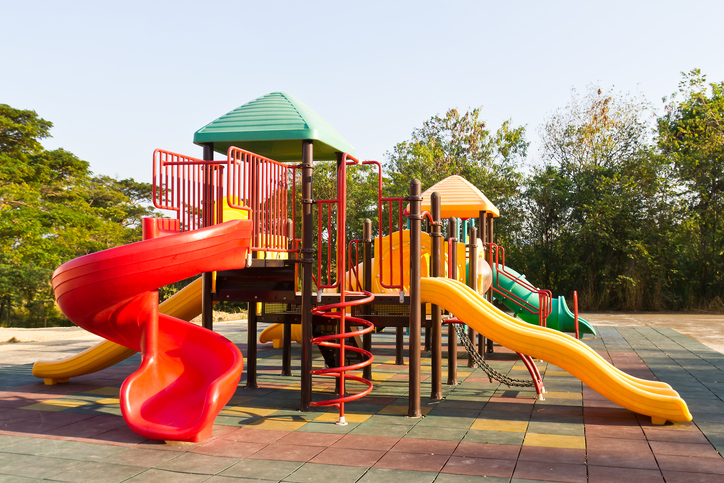 Lexie Sachs, a textile analyst, said that similar to metal, plastic can get hot enough to result in burns too.

"While people anticipate metal to get hot in the sun, plastic can get hot enough to cause burns, too — especially darker colours, because they absorb more of the sun's wavelengths than lighter colours. Even on days when the weather is mild, plastic can get heated by the sun and cause burns".

According to The Idaho State Journal, The United States Consumer Product Safety Commission recommends that parents check the temperature of playground equipment before allowing their children to play.

"Remember, a young child’s skin will burn faster than your own. If it feels hot to your hand, it may be too hot for a child’s bare skin".


popular
A mini heatwave could be coming our way in September
Vogue Williams slams man who refused to swap seats with her on plane
Mum issues warning to parents over frightening Cocomelon video
Gardaí are seeking the public’s assistance in tracing the whereabouts of 13-year-old
Here's how you can get "free money" from Revolut
Jennifer Aniston's baby photo looks exactly like her on screen daughter Emma
Katie Piper rushed to hospital for emergency operation
You may also like
1 week ago
How soon is too soon to leave your new baby for the first time?
1 week ago
If you could have a "parenting do-over", what would you change?
2 weeks ago
These are things police officers wish you’d teach your kids to keep them safe
2 weeks ago
I tried a viral 5-second trick that promised to make me a happier, calmer parent
3 weeks ago
I kicked my daughter's friend out of her birthday party- was I wrong?
3 weeks ago
Mums are sleep deprived for six years after having a baby – and yet dads are not
Next Page