Parenting confession: How old should children be before you leave them home alone?

It is blatantly obvious to most of us that you should not leave babies or young children unattended for any length of time, never mind leaving them home alone.

However, as children get older, the lines of what is acceptable get a little blurrier.

Back in the glory days of the late 80s/early 90s when I was in school, there were a lot of children in my class who would have their house key stuck to their school bags on a key chain and would, when school was over for the day, get the school bus home, lock themselves in and look after themselves for the couple of hours between they got home and their parents made it home from work.

My dad worked long hours, my mum is a nurse and when she was either at work or asleep after having done a night shift, my grandmother, who lived near us, would look after me and my sister until my mum or dad got home, so no home alone time for us. But I vividly remember going home with friends whose parents did let them look after themselves for the afternoon and finding it terribly cool and sophisticated that they basically were all alone for hours. 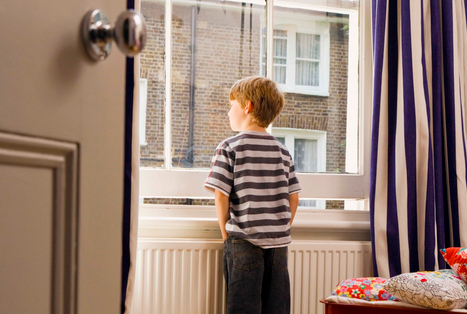 Now, this was a fairly small town in Norway, and the much more innocent days of the early 90s, and I am happy to say that as far as I know, nothing bad or even remotely dangerous ever happened to these children who were allowed to stay home alone for the afternoons.

But things have changed since then, and now you can actually end up getting yourself prosecuted for neglect should you leave your child unattended and certainly if you let them stay home alone.

According to the NSPCC, their helpline always receives an increase in calls between July and September with concerns from adults about kids being left unattended, and last year, three-quarters of the 453 calls they received were so serious, they were passed on to police or social services.

So what is the legal age kids can be left home alone?

Well, unfortunately, you will find that there isn't one. As in; the law doesn’t state a specific age when you can leave a child on their own, but beware, it is an offense to leave a child alone if it places them at risk.

“Use your judgment on how mature your child is before you decide to leave them alone, eg at home or in a car, this UK government website states.

“Parents can be prosecuted if they leave a child unsupervised ‘in a manner likely to cause unnecessary suffering or injury to health.”

In both the UK and Ireland, the law doesn't specify an age when you can start leaving your children unsupervised at home, but parents and carers can be fined or even sent to prison if they are judged to have placed a child at risk of harm by leaving them at home alone.

Here are some guidelines the NSPCC have issued that are a good place to start when trying to determine whether or not your child is ready to be left home alone:

- A child should never be left at home alone if they do not feel comfortable with this, regardless of their age

- If a child has additional needs, these should be considered when leaving them at home alone or with an older sibling

- When leaving a younger child with an older sibling think about what may happen if they were to have a falling out - would they both be safe?

If you are still unsure, you can read further advice on how to decide if your child is ready to be left at home alone on the NSPCC website.

Advertisement
popular
Siblings kidnapped in March 2022 have been found alive
Dunnes Stores launches stunning collection of Communion dresses
Emma Pattison: Tributes paid following death of head teacher and her family
Expert says Cocomelon acts "as a drug" to kids' brains
Richie Sadlier and wife praise hospital staff after finally becoming parents
42 absolutely BEAUTIFUL baby names inspired by our favourite romantic movies
Paris Hilton's husband's 9-year-old child wrote a letter begging him to be in her life
You may also like
2 weeks ago
Parents are banning grandparents from changing nappies to 'protect baby's privacy'
2 weeks ago
Is it time to get rid of children's bedtimes?
2 weeks ago
Expert reveals why you should never say "I'm leaving without you" to your child
3 weeks ago
"To all my friends with babies, I apologise."
1 month ago
Should I let my 6-year-old daughter dye her hair or is she too young?
1 month ago
Little girl heartbroken after only two people show up at her birthday for odd reason
Next Page