But – if you have been in the parenting game for more than a year or two, oh – you will know.

No-one – and I mean no-one, in this world is stronger or has more rigid limbs than a child who has decided they are not on board with getting into their car seat.

And if this sounds all sorts of familiar to you, but might not be overly surprised at the results of a new study, which found that parents spend an average of FOUR DAYS a year struggling to get our kids into the car.

The study, carried out by SEAT, found that parents add an extra 20 minutes onto any routine to allow for the extra time needed to wrangle kids into their car seat. And all those added minutes add up to a whopping 96 hours (or four days) a year.

Look, it's no wonder we are bloody wrecked, is it?

But – what exactly takes so long, you might ask? You know, apart from the actual ramming them into their seat, of course. 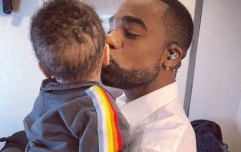 END_OF_DOCUMENT_TOKEN_TO_BE_REPLACED

Well, according to SEAT, when you factor in last-minute loo trips, sourcing emergency snacks, finding shoes and coats, putting on said shoes and coats, a spot of dawdling, making sure any bags are packed and a hundred other things that crop up when children are involved, it’s easy to see how the minutes rack up.

And – unsurprisingly maybe – according to the survey, it’s worse for parents of toddlers.

Of no surprise to any toddler parent, of course, as we have all been here. And know just how strong-willed toddlers can be.

According to the parents surveyed as part of the study, 45 percent said they are late more than once a week thanks to getting in the car shenanigans and 21 percent admitted to being late every single day. Yup – sounds fairly accurate, I would say.

However, it's not all bad news.

Despite all the drama, a whopping 96 percent of parents said they actually enjoy journeys with the kids – once they’ve managed to get them in the car, that is, as being in the car together is a great time to chat, sing songs and generally spend a bit of quality time before starting school and work.


popular
The most stunning baby names inspired by Irish folklore and mythology
People are trying to ban 'Rudolph the red-nosed reindeer'
From kids to scary: 15 films that will be showing on TV tomorrow for Halloween
"A lot of people do it the other way around" Cameron Diaz talks having a baby at 47
11 stunning baby names that scream class and expensive taste
4 ways to fix hard slime with ingredients you probably already have at home
"I want to be a mummy:" Sam Smith on their dream to have children
You may also like
1 day ago
Free download: Print out and join our AMAZING Herfamily Halloween Scavenger Hunt
2 days ago
Naughty children make more money as adults, a study has found
4 days ago
Experts say forcing a strict bedtime routine may be completely pointless
4 days ago
Mums are more stressed at home than in work, researchers find
4 days ago
Quality time: 10 easy autumn-themed crafts to do with your kids this midterm
5 days ago
Kids always playing rough and wild? Here's the ONE trick you need up your sleeve
Next Page