A lot is said and written about the amount of time children today spent staring at a screen and if and how this can be harmful to their health.

However, it seems there could be another way technology is even more detrimental to our kids' wellness – even if your kids spend little or no time at all in front of a screen themselves.

How, you say? Well, take a look in the mirror, a new study warns us.

According to a study, researchers found that it's not just kids' exposure to tech that could be influencing them: parents' tech use could be linked to kids' behavioural problems, too.

Researchers at the University of Michigan C.S. Mott Children's Hospital and Illinois State University decided to examine how a parent's use of tech — like their phone, a tablet, or computer — influenced the kids in their study. For 170 kid-parent pairs (which included mams and dads) the researchers looked at how often a parent checked their phone or used a device during interactions with their children. The researchers wondered if these tech-based interruptions to time spent with kids (like during meals or other activities) could have an impact even if the interruption was brief.

Say, for instance, something like checking text messages or email, or glancing at social media notifications might not take up that much time, but researchers wondered if all those little interruptions could add up to something that had a much bigger impact. 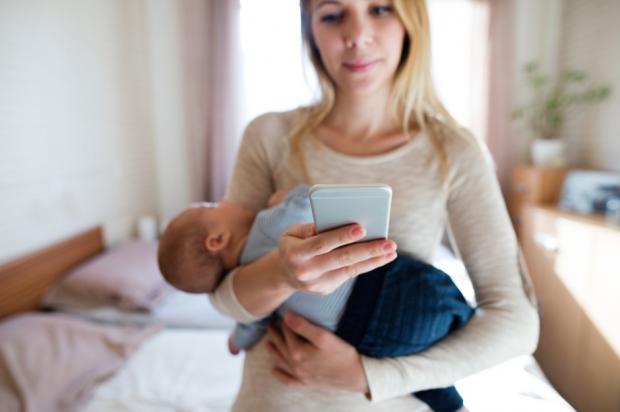 And it sort of did.

END_OF_DOCUMENT_TOKEN_TO_BE_REPLACED

While the researchers did see a connection between how often a parent checked their phone or tech during time spent with their kids and a child's behaviour, they aren't yet sure what the exact relationship between the two is.

Senior author of the study, Dr. Jenny Radesky, a child behaviour expert and paediatrician at Mott, pointed out that, while it may be that kids are more likely to misbehave if they feel ignored by their phone-focused parent," it's also possible that parents of children with behavioural difficulties are more likely to withdraw or de-stress with technology during times with their child."

The study asked parents to assess how much they felt the technology in their lives influenced their interactions with their kids. Mams seemed to find their phones or other devices more problematic than dads did. About half of the parents in the study reported that their phone or device interrupted them three or more times a day.

The researchers also asked parents to categorise their child's behaviour over the preceding two months, specifically asking them how often their child whined, sulked, threw tantrums, or were restless or hyperactive, or became easily frustrated. Parents who reported even a few interruptions each day from their devices were more likely to report these behaviours in their children, according to the findings which appeared in the journal Child Development.


popular
How to keep your fake tan on for longer during the heatwave
Five teenage girls rushed to hospital after crash in Kilkenny
Ekin-Su and Davide taking their mums to New York with Love Island winnings
Dr Laura Lenihan shares her expert advice on how to stay safe in the sun
Irish people could be treated to spectacular sights in the sky over the next few nights
Richie Sadlier and wife Fiona expecting baby after being told they couldn't conceive
Andrew McGinley is planning on divorcing Deirdre Morley
You may also like
3 days ago
How soon is too soon to leave your new baby for the first time?
1 week ago
If you could have a "parenting do-over", what would you change?
1 week ago
These are things police officers wish you’d teach your kids to keep them safe
2 weeks ago
I tried a viral 5-second trick that promised to make me a happier, calmer parent
3 weeks ago
I kicked my daughter's friend out of her birthday party- was I wrong?
3 weeks ago
Mums are sleep deprived for six years after having a baby – and yet dads are not
Next Page