A dad from Dublin decided to play a trick on the internet by photoshopping his daughter in different situations which were not appropriate for a baby.

He had her holding knives, hanging from the banisters, climbing a ladder and driving the car. All the images are so well photoshopped that they look completely real.

Along with a series of images he posted to Imgur he said, "Posting the images to Imgur her said, I've been photoshopping my kid into marginally dangerous situations. Nothing unbelievable, but enough to make people think "Wait, did he..?" 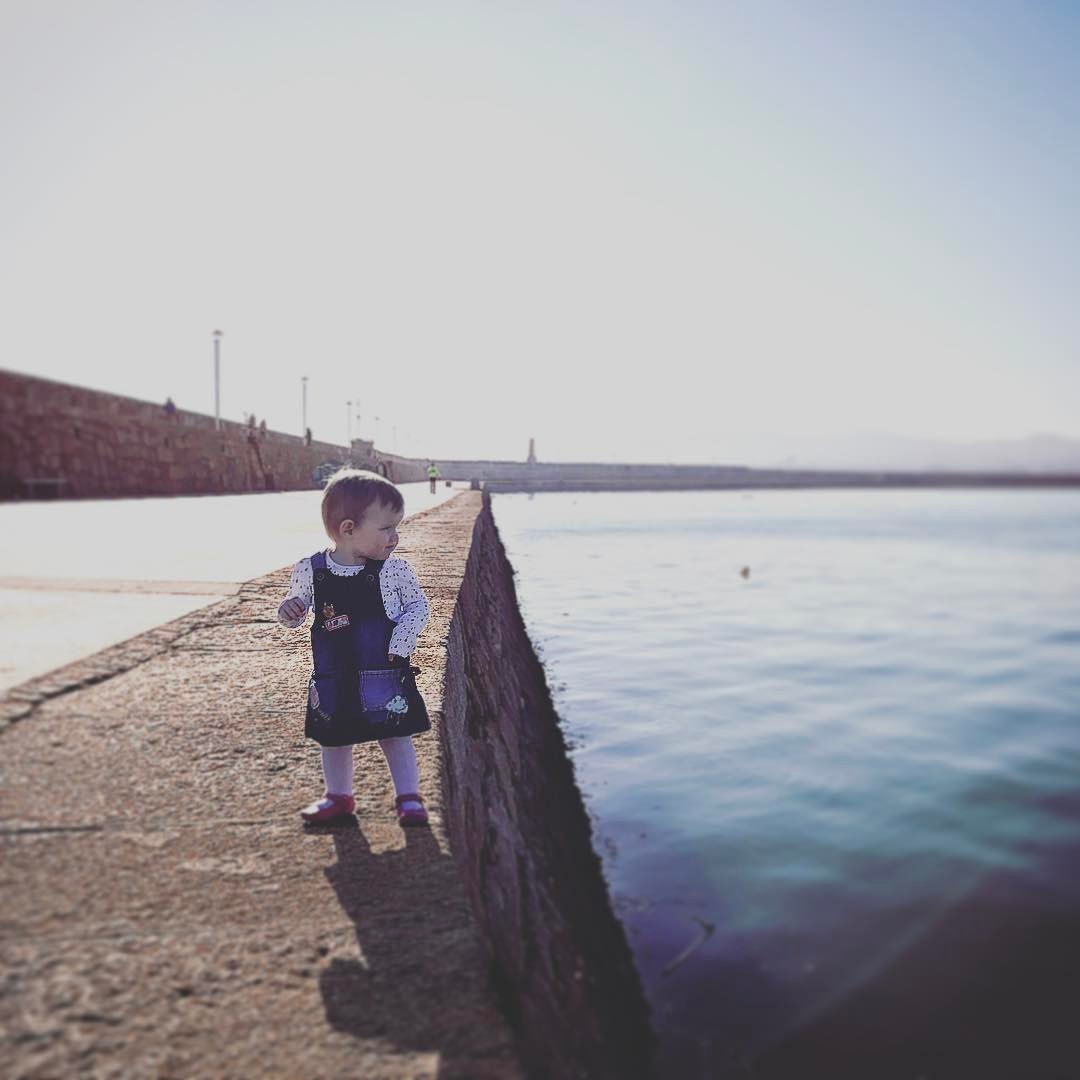 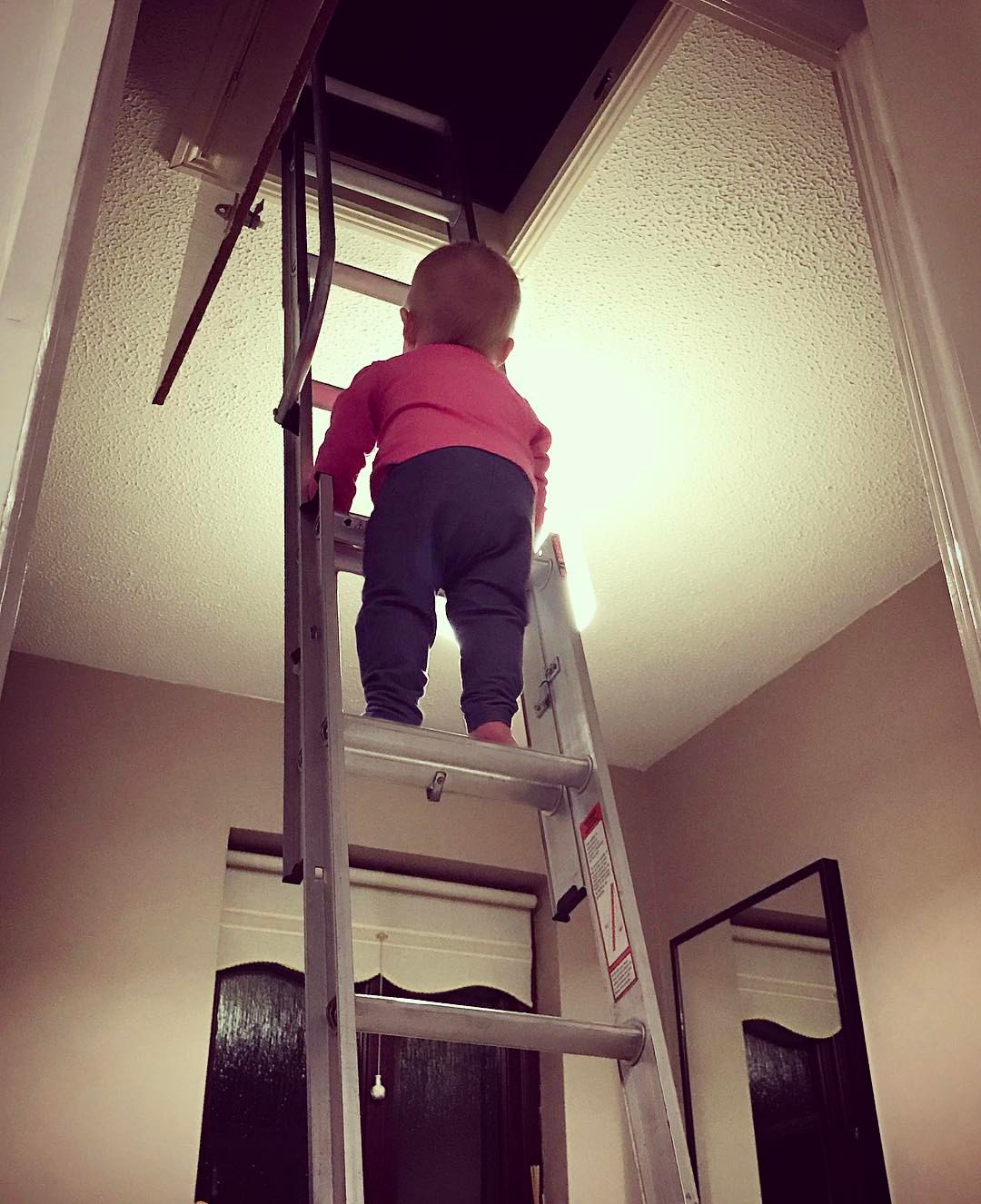 Speaking about the images, he told Huh Magazine, "I thought it would be fun to worry family by putting someone delicate in precarious situations. Most of the reactions have been positive, with the odd person not getting the joke and commenting I 'should be shot'."

But the reason he went to all of the effort, was to raise awareness for a cause close to his heart.

He decided to do the series of images after his daughter Hannah had received bone marrow transplant at just 10 months old. He said:

"She had a very rare immune disorder called HLH and spent 6 months of her first year in hospital, receiving chemotherapy and a bone marrow transplant, which is the only possible cure. Of 27 million worldwide donors, 3 were deemed suitable, and an anonymous german lady donated. Because we missed out on so much normal stuff of the first year, we take tons of photos now that we're able to do normal things out of isolation."

He is hoping that people will sign up to donate bone marrow after seeing this stunt. You can get more information on it here.

Here are some more of the photos. 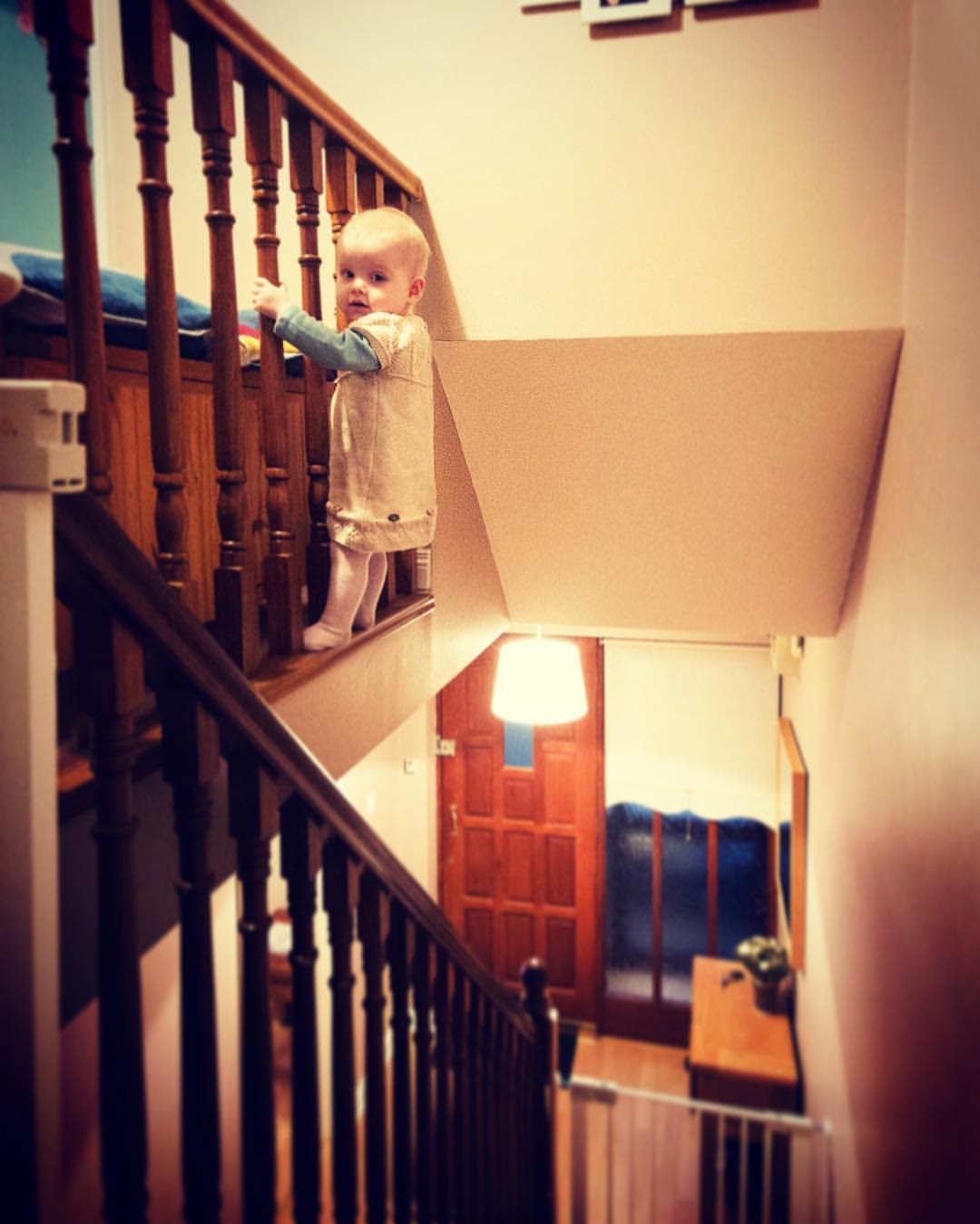 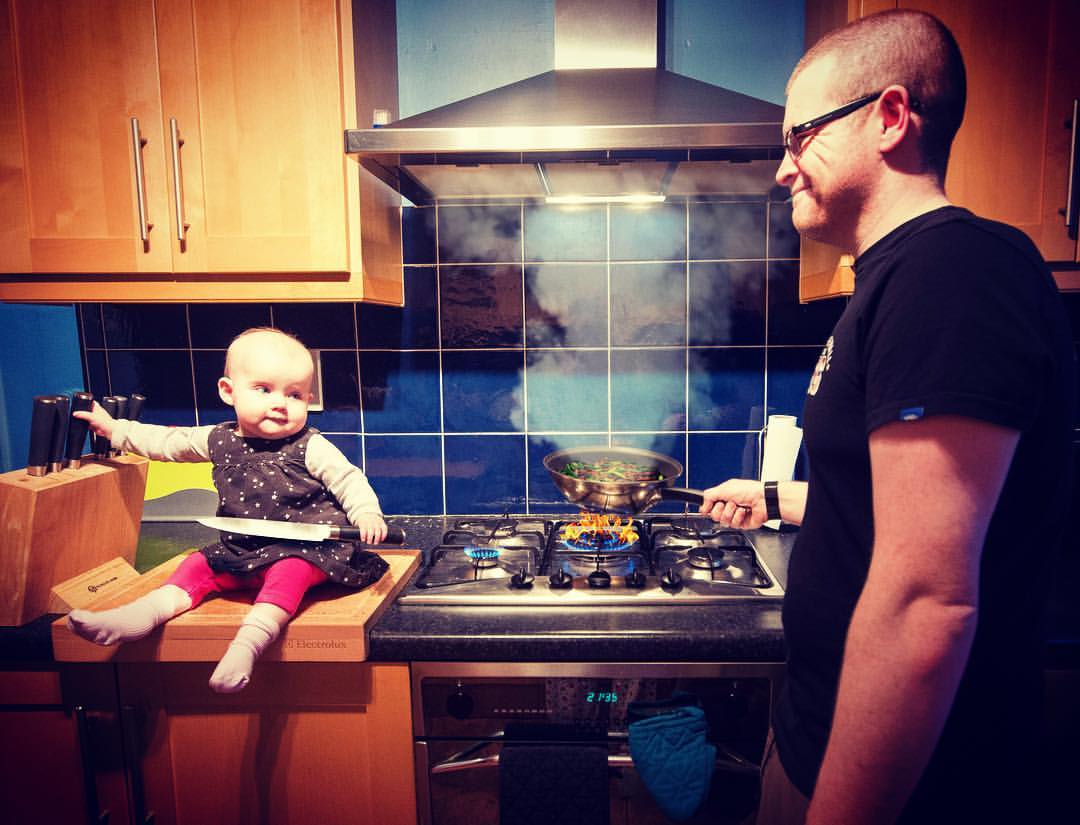 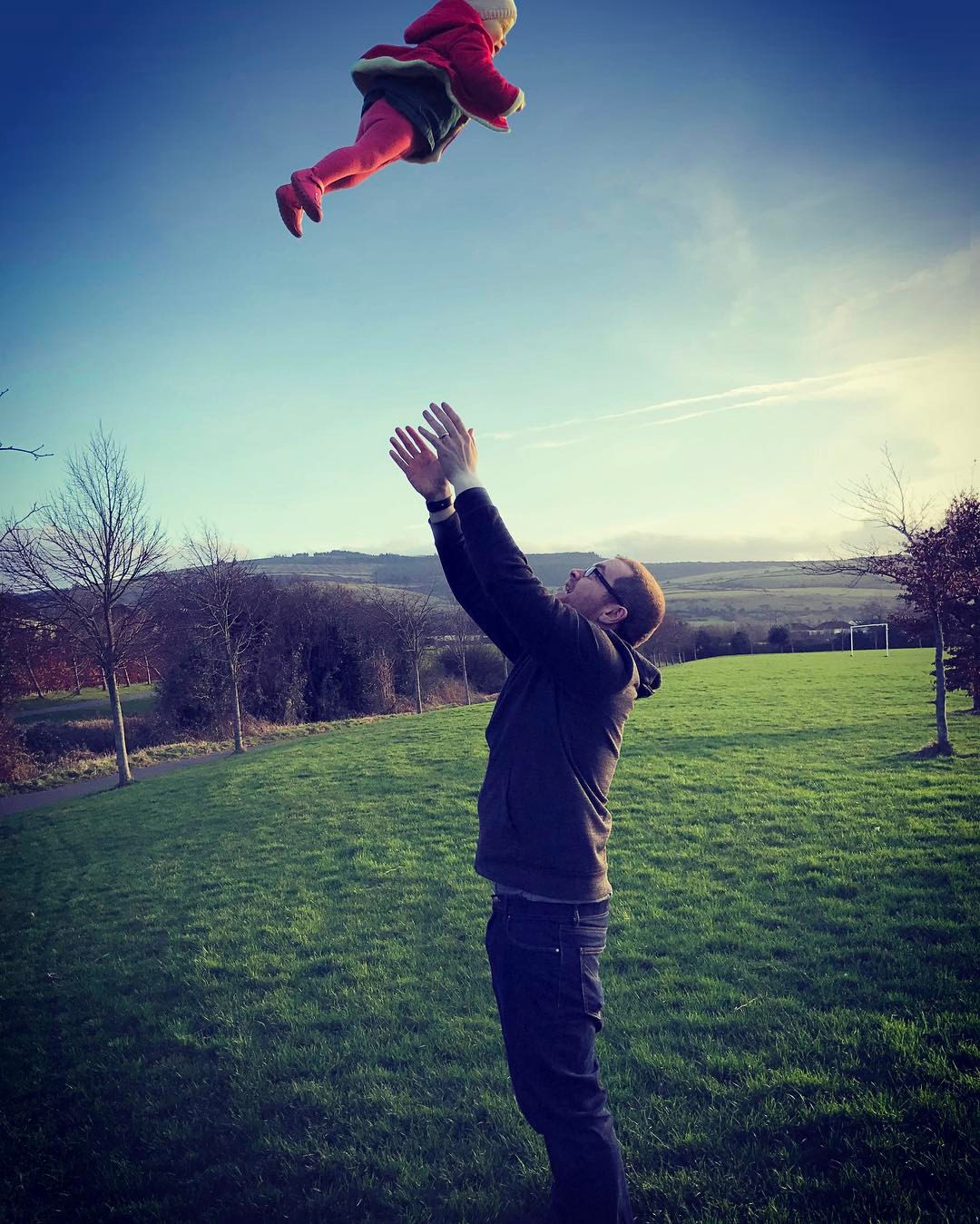 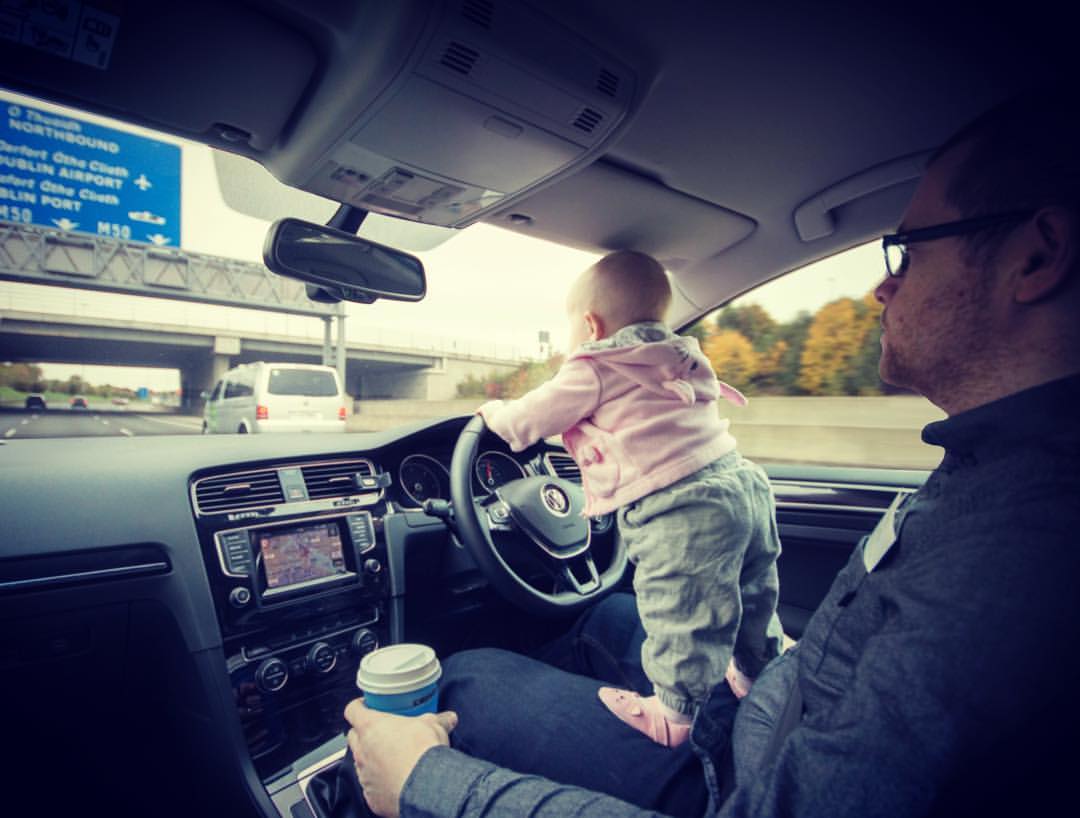 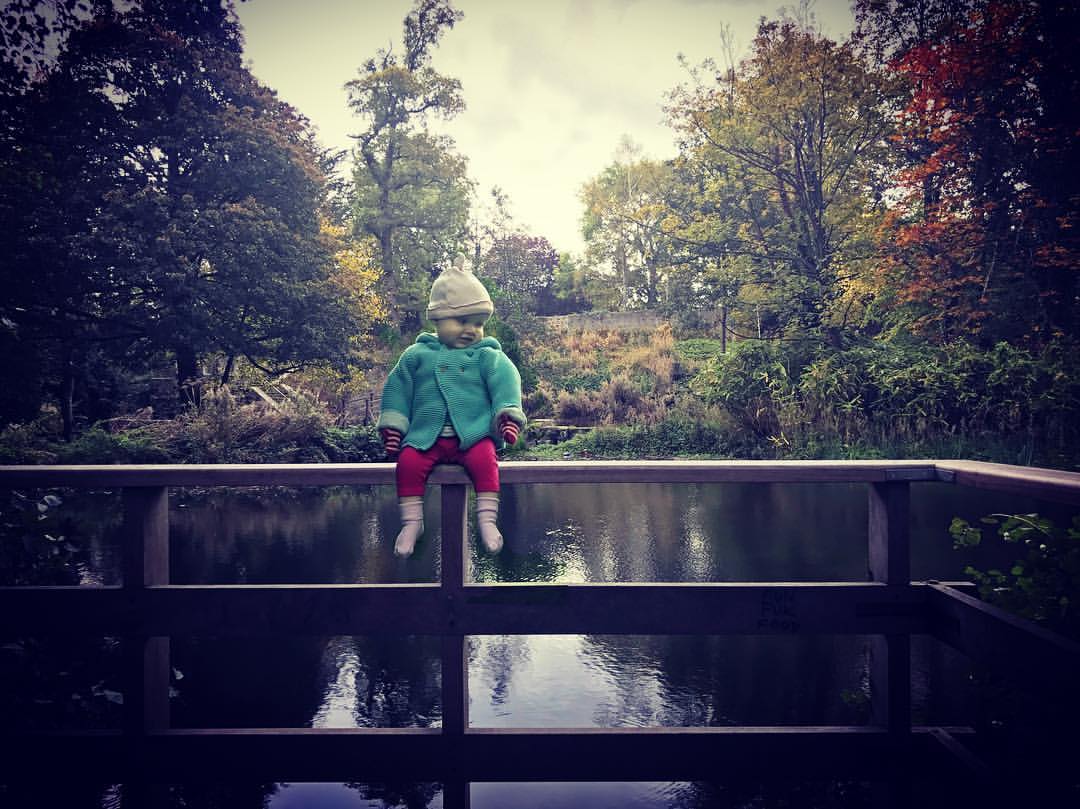 popular
These 40 baby names are set to trend in 2023
'He's a changed man': Woman marries her 'high school bully'
Little boy dies of cancer after doctors ignored mother's concerns six times
Bride asks for divorce day after wedding following groom's disrespectful cake stunt
Man sues friend for £1.9m after she refused to be his girlfriend
'Vile' TikToker blasted for comparing disabled kids to vegetables
Police believe they know what happened to missing dog walker Nicola Bulley
You may also like
1 week ago
Parents are banning grandparents from changing nappies to 'protect baby's privacy'
1 week ago
Is it time to get rid of children's bedtimes?
2 weeks ago
Expert reveals why you should never say "I'm leaving without you" to your child
2 weeks ago
"To all my friends with babies, I apologise."
1 month ago
Should I let my 6-year-old daughter dye her hair or is she too young?
1 month ago
Little girl heartbroken after only two people show up at her birthday for odd reason
Next Page