The reason why teaching children empathy is so incredibly important

As a parent, what we all wish for most of all, apart from our children being healthy, is for them to be happy.

And when it comes to happiness, apparently, few have it figured out quite like the Danes, with research consistently showing that residents of Denmark are among the happiest in the world.

To these Nordic parents, teaching children the concept of empathy is extremely important, and the belief is that the ability to recognize another’s emotions will make for better relations, deeper connections to each other and ultimately, people and communities that are happier than if the focus was more inward and on the individual.

In their book, The Danish Way of Parenting authors Jessica Alexander and psychotherapist Iben Sandahl explain why the teaching of empathy is so important to Danish parents and how you can teach it to your own children.

The authors use America as an example, where being a winner and being successful are often treated as more important than teamwork. This is part of the American culture to an extent, while in Denmark, the "Danes put more value on communal goals and working together, something which actively teaches empathy," the authors explain.

This is what they explain as to why empathy is such an important issue in Denmark they even teach it in schools:

“All the latest neurological research shows that humans get more happiness from cooperating with others than from winning alone. Scientists have discovered ‘the social brain,’ which lights up to show that we are driven by something beyond self-interest: We are driven towards social connectedness. Caring relationships are one of the biggest predictors of happiness, well above money. It used to be believed that humans were innately selfish, but that is simply not true. We are all wired for empathy from birth. We just have to learn how to connect the wires to make it work. Being able to better trust and understand others are keys to achieving more happiness. And kids can be taught this.” 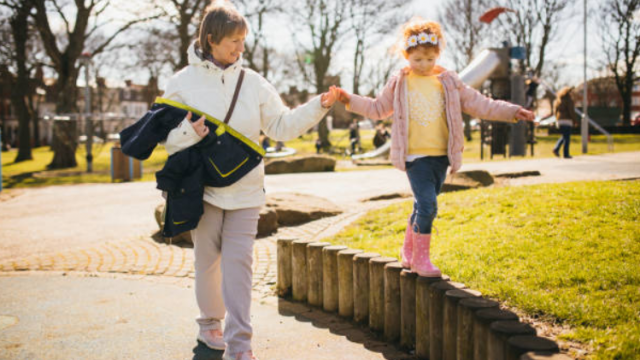 To teach children empathy, Alexander and Sandahl explain that we have to remember that children mirror their parents.

"The kind of language we use is so important. How do you describe others? Are you understanding or judgmental? Tolerant or shaming? These are all things children are copying. Talking badly about others in front of kids and saying things like ‘She is mean,’ ‘He is selfish,’ ‘She is so annoying’ is not empathic language because it isn’t recognizing the emotions behind the action—it’s labeling." 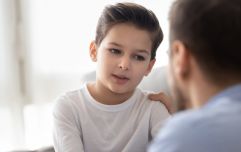 A clinical psychologist's 'soft criticism' technique for disciplining your child

END_OF_DOCUMENT_TOKEN_TO_BE_REPLACED

The authors also speak about the concept of "re-framing" as being important to foster happiness.

"We can help our children find the reasons behind the labels ‘He is annoying? Do you think maybe he is hungry? Or could he be tired because he missed his nap? You know how it feels be to be hungry and tired, right?’ ‘She is mean? It sounds like she had a bad day at school. The other day you said she was sweet. She is actually sweet, right?’ Helping children understand the feelings behind behaviors and leading them to a kinder conclusion is teaching empathy."

This, they explain, also ties into teachings of forgiveness and trust, as well as cooperation and creating happy relationships.

And parents are also actively better at showing empathy towards themselves and each other, which we can absolutely learn something from.

"Parents have to have empathy for themselves sometimes, too," Alexander and Sandahl explain. "Parenting is hard and we don’t always get it right and that’s ok. Being understanding and forgiving of ourselves makes us better at forgiving our children and others.”

How do YOU teach your children about empathy? And do you think we could learn a thing or two from the Danes on this one? Let us know in the comments or tweet us at @Herfamilydotie


popular
You can now buy period underwear in Penneys for €7
3 arrested after girl knocked between DART and platform in Dublin
Terrie McEvoy shares first photo of her new home as she moves back to Dublin
These 5 Foods Could Increase Your Chances of Having Twins
London Fire Brigade issues warning over the latest TikTok trend
Winning (weird) food combos that pregnancy cravings helped me discover
DIY: How to transform your old trampoline into a super-cosy 'summer hideout'
You may also like
2 days ago
Talking to kids about disabilities is important – here's how to do it
4 days ago
The cut-out I keep on my fridge that is helping me be the mum I want to be
4 days ago
And THIS is how you keep your toddler occupied so you can get stuff done
6 days ago
#ToBeHonest: I wasn't a 'kid person' at all until I had my own child
1 week ago
Here is why we should be hugging our kids when they are being bold
1 week ago
Mum confession: I lie down with my children until they fall asleep - every night
Next Page