Rosanna Davison: “I try to be myself online, I don’t want people to think I’m finding this easy"

"I shouldn’t have put so much pressure on myself."

Rosanna Davison isn't surprised by how busy she is as a mum-of-three. Rather, she's surprised how much more relaxed she is.

The former Miss World and author welcomed identical twin boys just over two months ago. This year, she's embarking on her first full year as a mum-of-three, and although things can at times be manic, she's feeling less pressure this time around.

“When Sophia was born it was all so brand new to us, we didn’t have a clue, it was such a learning process," she tells Her. "When it’s so new you put pressure on yourself to be perfect, or your idea of what you think is perfect.

"I used to have visitors over and make sure she was fed, I was showered, the house was clean, the laundry was done, my makeup was on. I shouldn’t have put so much pressure on myself. This time around we knew what to expect. We got the twins into a routine quickly. If you want any chance of sleep you have to get them into a routine quickly."

Rosanna welcomed her baby boys Oscar and Hugo in December. Now 10 weeks old, the twins are getting bigger, stronger, and even starting to smile. Things have been busy, she says, but having husband Wes home from work and her parents living so close has been a life-saver. 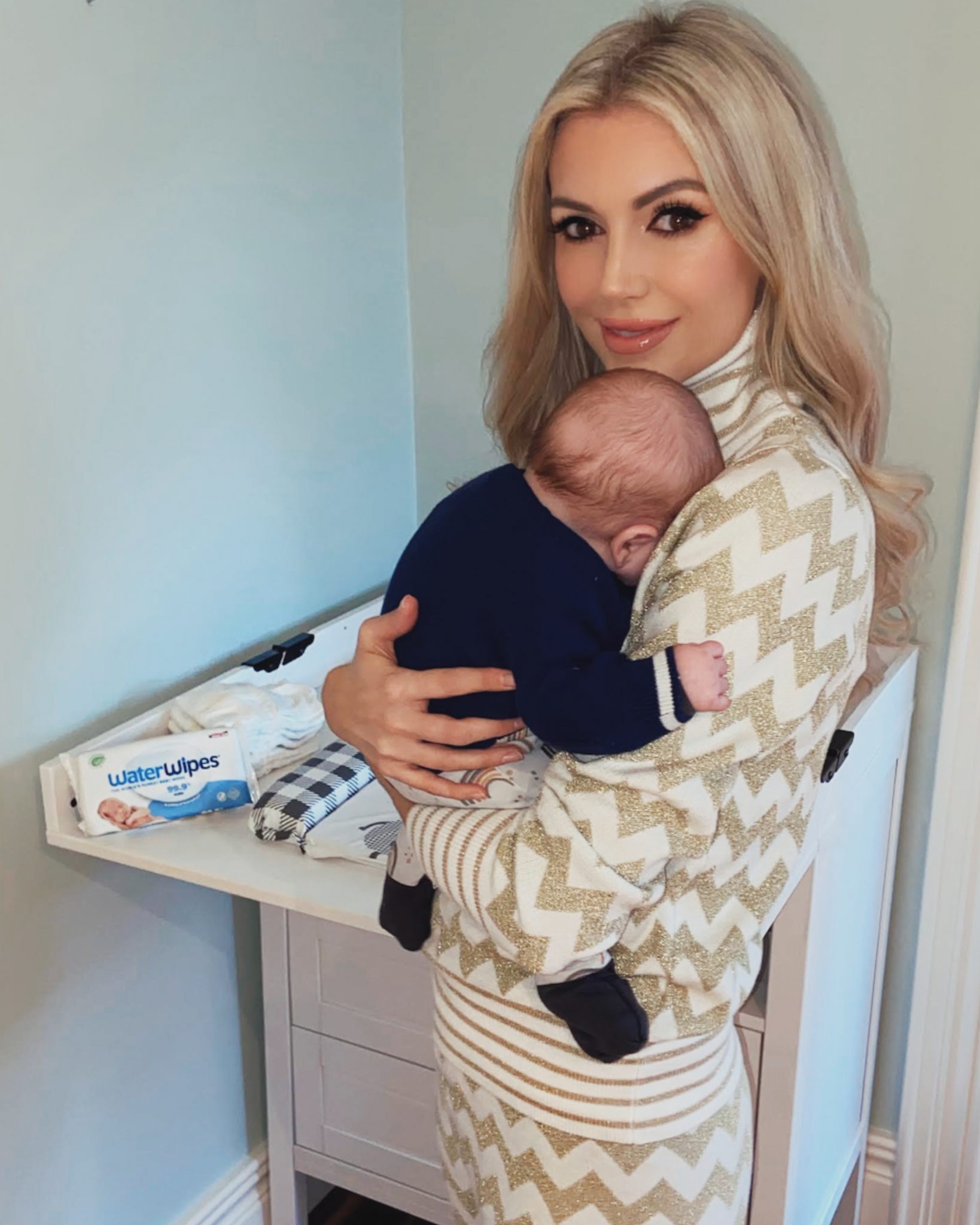 "Our goal is to get through the day without anybody crying, including us, and with minimal baby vomit down our fronts," she says. "We’re in a support bubble with my mum and dad too, they live quite close so she’s been here almost every day. It helps to have one adult per child, it’s more chaotic when we’re outnumbered."

Rosanna announced that she was expecting twin boys last summer. After years of trying to conceive naturally, she and Wes decided to opt for a surrogate. In 2019, they welcomed Sophia, and less than a year later, Rosanna discovered that she had become pregnant naturally.

Since speaking candidly about her fertility issues, the mum-of-two has received much praise for kicking off a more open and honest conversation about motherhood and the different paths that people take to get there.

Rosanna has also made sure that she's as real as she can be on social media. She may always appear glamorous and ready for anything, but at the end of the day, things might look a little different.

“I try to be myself online, I don’t want people to think I’m finding this easy," she says. "I’m really not. I’m trying to just survive each day and make sure everyones happy at the end of it.

"It’s nice to have a glamorous side, especially when I’ve been back to work the past few weeks I’ve had to throw on some makeup and do my hair for Stories or whatever, but I’ve got a very short window to do that now. I’m not like that all day every day.

"At the end of the day I’ve got puke all over my shoulder and in my hair, my makeup’s smeared everywhere. It’s not glamorous, but it is wonderful."

One of the latest brands Rosanna has been working with - from home, of course - is WaterWipes. To support the launch of their new 100% biodegradable, plastic-free, and compostable baby wipes, she is considering the little changes she has been making to lead a more sustainable life - even with three young children.

"With babies there is a lot of waste, there’s products, nappies, wipes, and all of that," she says. "I would encourage people to be more mindful of the products they’re buying.

“I am conscious of my kids growing up in a world experiencing a climate crisis. I worry about the world they’ll inherit. Over time I hope we do realise the extent of the damage we’re all doing and try to live in a more sustainable way.

"Even things like minimising the laundry I’m doing, buying my fruit and veg loose, and not running the water for too long - and when you’ve got three babies, your showers have to be super quick anyway!"

WaterWipes 100% biodegradable wipes are available now across all major retailers.


popular
Vogue Williams son Theodore recuperating after an accident at home
Here's what bookies think Harry and Meghan will name their baby girl
Princess Charlotte doesn't have to bow to the Queen but Prince George does - here's why
Pregnant Binky Felstead poses topless with baby bump
Using a childminder? You might be entitled to a new subsidy.
Life-hacks and parenting cheats from real mams
Fundraiser set up for family of Tipperary 3-year old who died in tragic bus accident
You may also like
2 weeks ago
Eamonn Holmes in hospital with chronic pain
2 weeks ago
Laura Whitmore confirms birth of first child with Iain Stirling
2 weeks ago
Britney Spears "cried for two weeks" after Framing Britney Spears documentary
3 weeks ago
Khloe Kardashian considering surrogate for second child with Tristan Thompson
4 weeks ago
Stacey Solomon: How to make your own watering can garden light
1 month ago
Harry and William are apparently texting again
Next Page