Same same,but different: How parents in other countries do things VERY differently than the Irish

One of my first ah-ha moments when it came to how raising children can vary slightly in different countries came when I collected my little girl, then two-and-a-bit, from creche and they told me they had stayed inside all day as it was "too cold to play out".

This, to someone who grew up in a country where children play – hell, even nap – outside when the temperatures are far lower than Ireland has ever seen, seemed a little crazy. I mean; on the day in question it was +2 C and overcast, and, well, just your typical Irish January day. When I explained that my little girl was well used to being out in far chillier conditions than this (try building snow caves in the garden in -16 C, which she had done when we had been home from Christmas last year!), and that she had clothing on her (layers, in fact, of wool + cotton + fleece + outerwear) that was perfect for playing outside, the staff in her creche just kind of shrugged and said that the other kids didn't.

Kids not being dressed for proper outdoor play is a bugbear of mine, and I have often since watched (and been astonished) at children in playgrounds here in Ireland in their "Sunday Best." Shivering in lovely, expensive looking dressy coats and dainty ballerina shoe, when, really, what they should have been wearing is something that would allow them to play and get dirty and have fun – without having to get wet or cold. 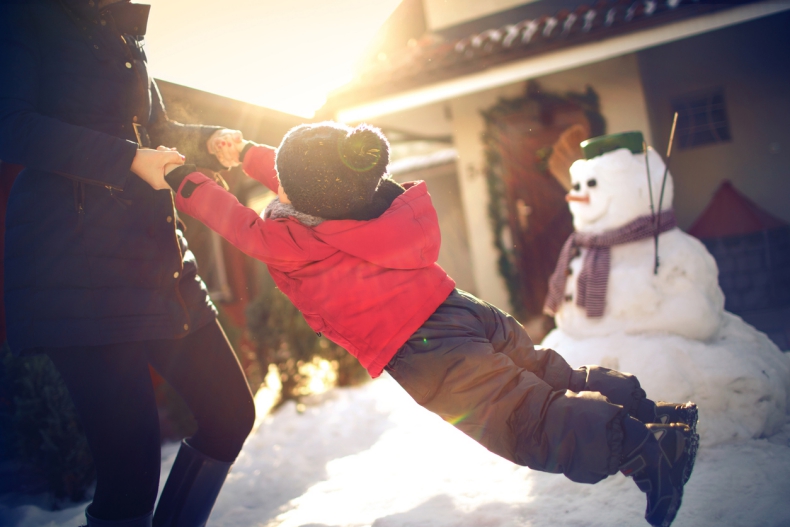 In general, kids spending time outside and getting fresh air is hugely important to Scandinavian parents, and, for the most part, babies will, even in the middle of winter, nap outside in the garden in their prams, bundles up in layers of clothing and sheepskin lined sleeping bags. I could never get my babies to sleep inside during the day, and so every single nap was taken outside, either as we went for a walk, or with the pram parked outside the terrace door, baby monitor perched beside it, to alert me to when they woke up.

Fresh and healthy (but possibly, to parents from other countries, a little crazy).

Weekends are seen as yet another opportunity to be outside in Scandinavia, and toddlers as young as two will be taken out skiing or hiking or bundled into three-wheel buggies that can be pushed up hills and mountain sides. The idea being that being outside and getting fresh air and physical activity as a family trumps pretty much anything else you could be getting up to.

Other than the obsession with all things outdoorsy, parenting in Norway and Ireland look pretty similar. In other countries, different parenting ideas rule, though, and while some of these mentioned here in an article on the Global Post may seem very alien to us, it just goes to show how varied the approach to parenting around the globe really is.

1. In Vietnam, babies are potty trained by nine months

In Vietnam, mum and dads teach their babies to pee at the sound of a whistle.  Apparently, the Chinese do it too. According to Medical Daily, the way it works is that parents start by noticing when their baby starts peeing and making a little whistle sound. Soon enough, the baby starts to associate the whistle with peeing and voila!

This it all sounds a little out there? Well, researchers say Vietnamese babies are usually potty trained by 9 months. Meaning they spend an awful lot less on nappies that we do! 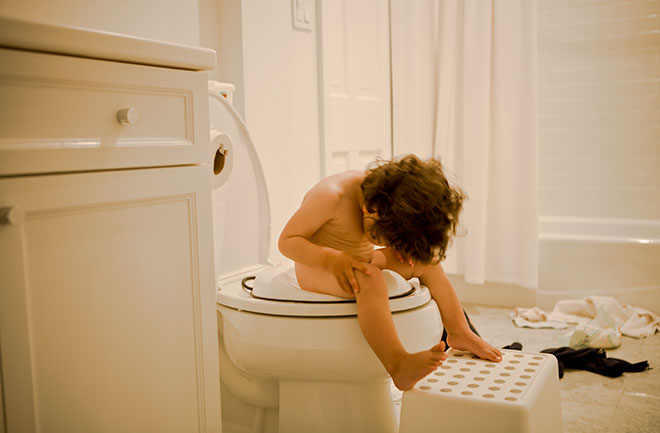 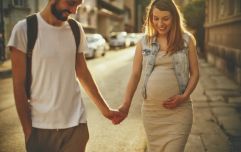 END_OF_DOCUMENT_TOKEN_TO_BE_REPLACED

2. In Kenya, Kisii people avoid looking their babies in the eye

Kisii mums in Kenya carry their babies everywhere (no buggies there!), but what they don't do, is look their babies directly in the eyes. Say what?! Yep, by the time babies start babbling, Kisii mums avert their eyes.

This, according to 'Humanity: An Introduction to Cultural Anthropology' by James Peoples, is because in Kisii culture, eye contact is an act bestowed with a lot of power, and parents don't want their children to be too attention-seeking as a result. 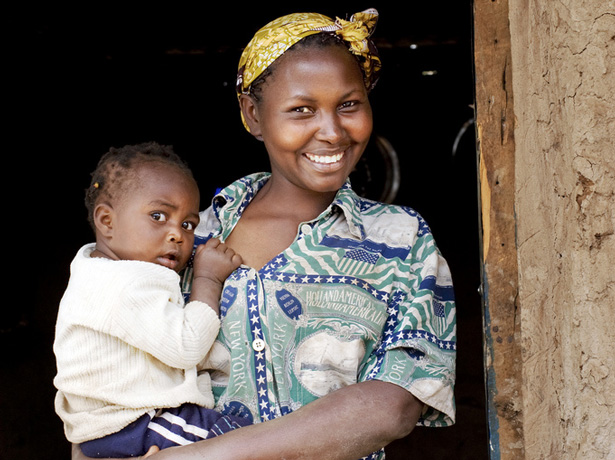 3. In Japan, parents let their kids go out by themselves

Parents in Japan allow their kids a lot of independence after a certain age. And we are not talking about just helping to clear the table after dinner or tidy the Lego either. Oh no. In Japan, it isn't uncommon for 7-year-olds and even 4-year-olds to ride the subway by themselves.

END_OF_DOCUMENT_TOKEN_TO_BE_REPLACED

Imagine that; letting your child read the subway by themselves at seven. In Tokyo. Alongside millions and millions of strangers. Wow.

Author of Parenting Without Borders, Christine Gross-Loh, lives in Japan a few months every year, and when she's there, lets her kids run errands without her, even taking the subway around this gigantic city on their own. But, according to herself, she wouldn't dare do the same back in the United States.

"If I let them out on their own like that in the U.S., I wouldn't just get strange looks," she told TED. "Somebody would call Child Protective Services." 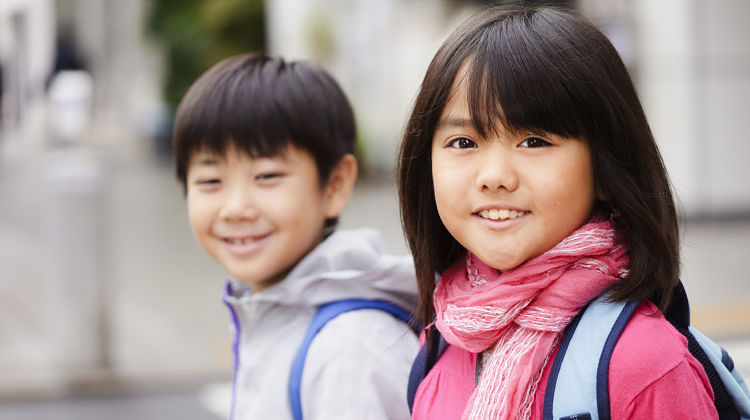 4. In France, kids eat everything

"Children's food" or separate dinners for littles and adults are an alien concept for French parents, where everyone eats the same meal every evening, and snacking is a big no-no. In her book 'French Children Don't Throw Food', author Pamela Druckerman explains why French children happily eat what is put in front of them – and how French parents have a very different attitude to child rearing than many other Western countries. 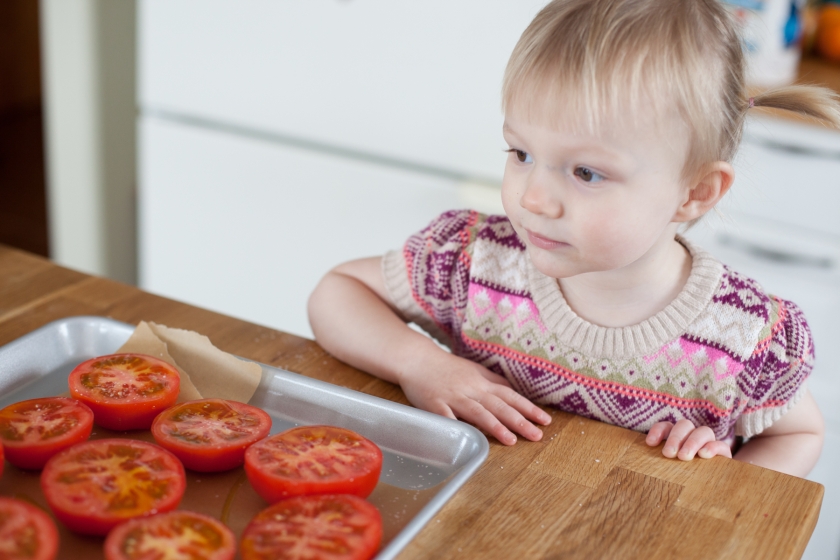 5. In Spain (And Argentina), kids stay up late

Here in Ireland I feel like I am going ga-ga if the kids aren't in bed when the clock strikes 8pm every night – and feel even better about their health (and mine!) on those nights when we managed to be tucked in at 7.30 on the dot.

In Spain, though, this is not the case, and children often stay up till 10pm every night, so they can participate in family evenings. And the same goes for children in Argentina, according to Sara Harkness, a professor in the Department of Human Development and Family Studies at the University of Connecticut.

The professor explained to TED that to a larger extent than in other countries, Spanish families are focused on the social and interpersonal aspects of child development, and the idea of a child going to bed at 6:30 pm is totally alien to Spanish parents.

What do YOU think? Have we anything to learn from parents elsewhere (I am still baffled at the thought of Japanese seven-year-olds riding the subway alone!), or are our tried-and-tested-on-homesoil ways better? Let us know in the comments or tweet us at @Herfamilydotie


popular
"You're disgusting": Prince William roars at photographer who was 'stalking' his family
Expert says Cocomelon acts "as a drug" to kids' brains
6 fun things to do in Dublin on your next family day out
Mum who helped deliver best friend's baby finds out her husband is the dad
"It's a competition" – one mum rants about teachers' presents and I agree
Mum gets mixed reaction to photo of her drinking beer while breastfeeding
Wait, are former contestants returning for Casa Amor?

You may also like
2 days ago
Should I make my teenage daughter pay me for collecting her from work?
3 days ago
New dad called 'demanding' over list of guidelines to visit newborn son
5 days ago
"My parents are useless grandparents" – are today's grandparents too cool to babysit?
6 days ago
Less camps and activities: Here's why you should let your children be bored this summer
1 week ago
Staying connected: 25 easy ways to bond with older kids, tweens and teens
1 week ago
Children are spending more time on screens than ever but are they picking up this addiction from us?
Next Page