You can see her point of view.

Harper Beckham's sixth birthday was the subject of much attention this week as snaps shared by The Beckham family showed the little girl and her friends having a tea party in Buckingham Palace no less.

Princess Eugenie joined Harper and five of her friends for a snap with David Beckham then sharing said photo to his Instagram account which has a following of 38.6 million.

It seems that Reiley Willis, the six-year-old daughter of fashion designer Stella McCartney and publisher Alasdhair Willis, is one of the children in the snap and her mother is said to be furious with the fact the photo was posted without her permission.

According to The Sun, a source said:

"Stella is spitting feathers about it because she always tries to keep her kids out of the public eye and never posts about them on her own social media accounts.

"She is especially furious because she has an OBE and has nothing but respect for the royal family. She hoped no-one would notice it was Reiley and has outlined the rules to her staff".

Reports suggest the princess-themed party was hosted by Fergie, Prince Andrew's ex-wife, in his private rooms while the Queen was staying at her Edinburgh residence, Holyrood Palace. 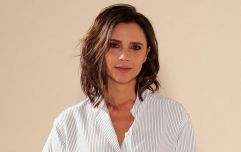 END_OF_DOCUMENT_TOKEN_TO_BE_REPLACED

Harper and Reiley met through their famous mothers, both fashion designers, and the little girls are said to be best friends.

The snap in question can be viewed on David's Instagram account and currently has close to 880,000 likes and as many comments.


popular
David Beckham shared his dinner on social media and we really wish he hadn't
Mini Bella Boutique is running a huge online clearance sale as it sadly closes
Attention parents and kids! Here are 3 simple but scrumptious recipes to keep you busy all afternoon
Kim Kardashian says lockdown has made her realise she doesn't want more kids
Dad hides coronavirus symptoms from hospital staff in order to see newborn
How to potty train your toddler in three days, according to the experts
Do babies in Ireland still get the BCG vaccine to protect against tuberculosis?
You may also like
5 months ago
Sources say Brooklyn Beckham has a new girlfriend, actress Phoebe Torrance
5 months ago
Victoria Beckham shares how she makes her marriage work with David
6 months ago
Victoria Beckham swears by this 90 second beauty trick every morning
8 months ago
Victoria Beckham on why she didn't take part in the Spice Girls reunion tour
8 months ago
20 years on: David and Victoria Beckham share ultimate throwback to mark their anniversary
9 months ago
7-year-old Harper Beckham named more 'socially powerful' than Meghan and Harry
Next Page