Families come in all shapes and sizes. Small, large, in the middle. Some are blended, some have two dads, or two mums, or children who share one parent, but not the other.

Regardless –what binds families together, is love and caring for one another.

Starting a relationship or family with someone new when you have children from before is no doubt never easy. But, you would think, as a bare minimum, you will want the person you start a relationshio with to care about your children, and include them as part of the family and treat them thereafter.

Recently, a US mum posted a request in a Facebook group called Photoshop Fairy Connection. Her mission? She was looking for someone who could help her photoshop her stepson out of some family photos. 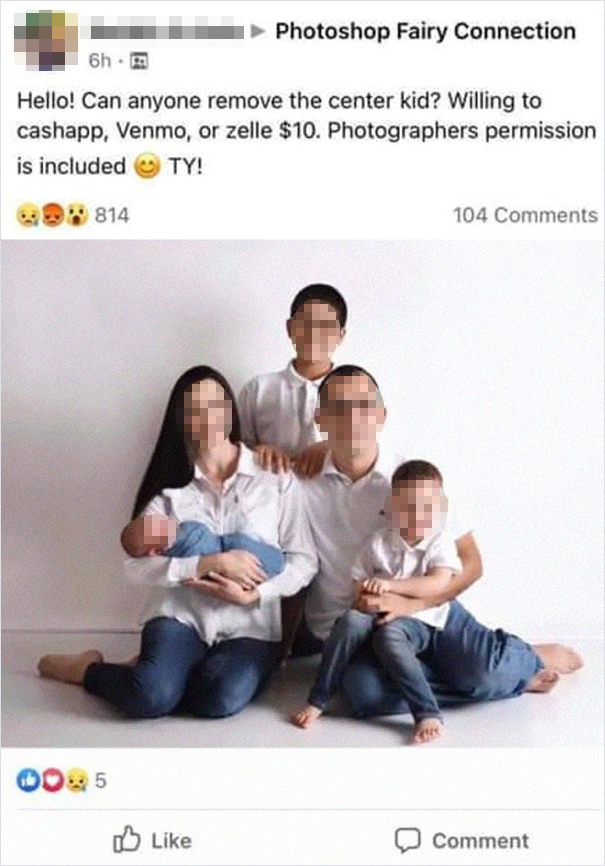 In screenshots that have since gone viral, the mum asked the group if anyone "could remove the centre kid," offering $10 for the gig, and sharing a text with the photographer granting permission for editing. In the text, the mum says she'd like permission to find out if her "stepson can be removed." 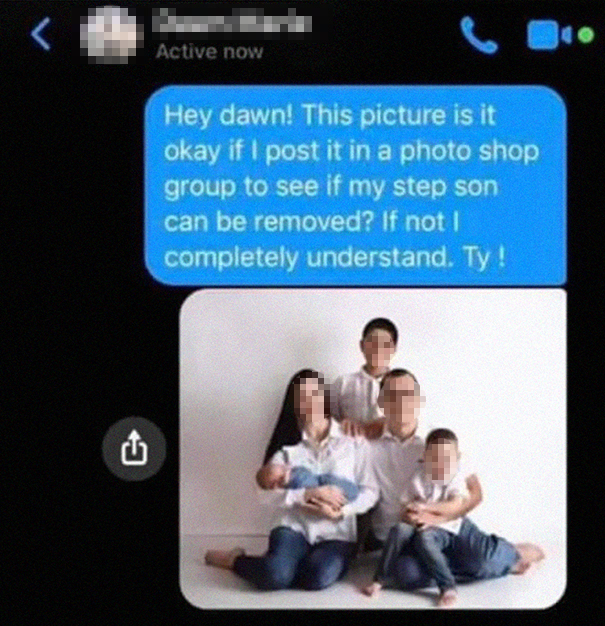 The screenshots soon made their way onto Twitter, where users found themselves horrified. 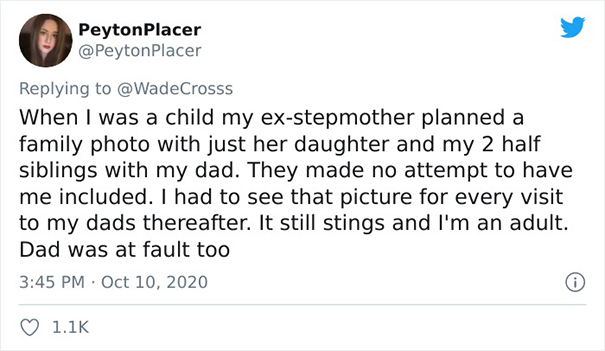 "When I was a child my ex-stepmother planned a family photo with just her daughter and my two half-siblings with my dad. They made no attempt to have me included," wrote Twitter user Peyton Placer. "I had to see that picture for every visit to my dad's thereafter. It still stings and I'm an adult."

Other Twitter users were equally disgusted at the woman's request:

However, others shared how have stepped up to the task of being a stepparent without any questions asked—as it should be. 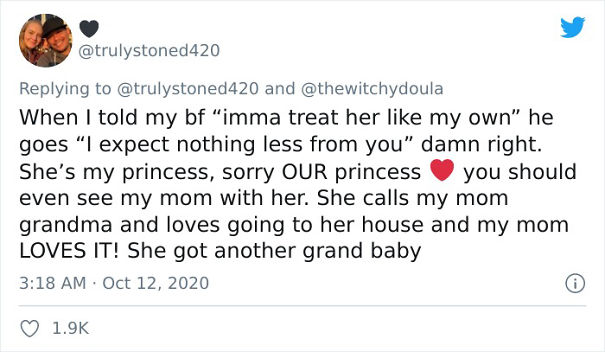 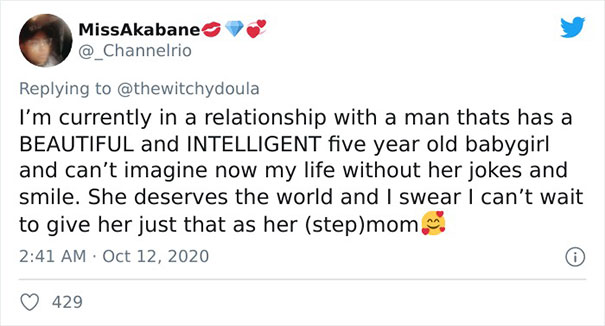 popular
Vogue Williams slams man who refused to swap seats with her on plane
A mini heatwave could be coming our way in September
Mum issues warning to parents over frightening Cocomelon video
Man (50s) arrested on suspicion of the murder of Miriam Burns
Here's how you can get "free money" from Revolut
Baby clothes from Shein and AliExpress have dangerous levels of harmful chemicals
Georgia Toffolo to return for I'm A Celeb All Stars
You may also like
1 week ago
How soon is too soon to leave your new baby for the first time?
1 week ago
If you could have a "parenting do-over", what would you change?
2 weeks ago
These are things police officers wish you’d teach your kids to keep them safe
2 weeks ago
I tried a viral 5-second trick that promised to make me a happier, calmer parent
3 weeks ago
I kicked my daughter's friend out of her birthday party- was I wrong?
3 weeks ago
Mums are sleep deprived for six years after having a baby – and yet dads are not
Next Page