Getting on with your partner's family is a big thing but it isn't unusual to hear about people not seeing eye-to-eye with their in-laws.

Well, it turns out, there is a reason behind it (and the reason isn’t as simple as they just don’t like you).

A new study, published in Evolutionary Behavioral Sciences, found that women and their families assess the other half according to different criteria.

Metro reports that researchers asked women to rank more than 100 qualities in terms of importance for their own other half.

They then asked the women to rank the same qualities in terms of importance for their sister’s other half.

For both, the following characteristics were listed: faithful, loyal, honest, reliable and trustworthy. That’s where the common ground stopped. 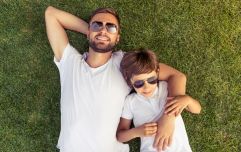 END_OF_DOCUMENT_TOKEN_TO_BE_REPLACED

It turns out that those asked also wanted their sister’s partner to be empathetic, responsible, helpful, sensible and kind.

As for their own significant other, they wanted them to be charming, hilarious, fun and good in the bedroom.

So basically, these are the qualities that someone might find attractive but their family considers irresponsible or unappealing and not what they had in mind as a lifelong companion for their child.

While the experiment only looked at women, we're guessing that some of the qualities that men would look for in a love interest might not be in keeping with what their family have in mind either.


popular
The 30 baby names that are going to be super popular in 10 years time
Unstructured play is vital for kids, so we need to stop entertaining them
10 beautiful baby girl names none of your friends will have thought of first
Kristen Bell reveals the potty training hack that finally helped get her daughter out of nappies
Flower power: 11 cute baby names perfect for your summer baby
10 baby boy names forgotten in time – that we reckon deserve a second chance
14 super sweet and short Icelandic names perfect for baby girls
You may also like
3 weeks ago
Having a sister can actually make you a happier person, says study
1 month ago
The average child in Ireland will produce more than 2,000 pieces of artwork
1 month ago
An amazing thing happens to a mother's brain when she gives birth
1 month ago
Research says the more you love your kids, the bigger their brains grow
1 month ago
Parents spending too much time on their phones is a bigger problem than screen-obsessed kids
1 month ago
Baby boys are more vulnerable to stress than baby girls, but here is how you can help
Next Page