"My gut knew something was off"

One mum is urging parents to be wary of children suffering from excessive thirst. You may brush it off as nothing, especially with the warmer weather causing an increase in our water consumption, but Courtney Moore's story will make you think again.

The mum explained that her son had been drinking more than usual. She explained that Maddox was leaking through his overnight diapers and was chugging water from the moment he woke up in the morning: "I’m sharing this because what we could’ve written off as being due to warmer weather and being an active toddler literally could’ve killed our son."

"But it’s been warm out, so it could’ve just been that it's summer," she said.

"He’s also seemed to slim down a bit, but that could’ve just been because he’s walking and growing as a 16 month old does."

However, the mum knew in her gut that something wasn't right so she took her son to see his pediatrician, who did a round of bloodwork.

"An hour after that bloodwork, we received 4 emergency calls from Kaiser telling us his glucose level was 684 (normal range is low 100s) and we needed to rush him to the ER right away."

The mum revealed that her son was treated for DKA (diabetic ketoacidosis) and diagnosed with type 1 diabetes. 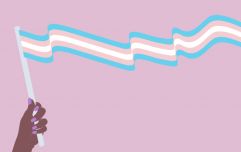 END_OF_DOCUMENT_TOKEN_TO_BE_REPLACED

"It’s been a long couple of days but we are forever grateful to the incredible PICU and Pediatric staff at Kaiser for saving his life. We’re happy to be home and are adjusting to our new lives with our little warrior!"

She warned other parents: "Moral of the story parents, pay attention to your kids and trust your gut. We got very lucky."

The mum told Today Parents, “Trust your gut. If you feel like something’s wrong talk to a pediatrician. Talk to their doctor and just eliminate it … If it would have been nothing, I would have been given peace of mind.”

Symptoms of Type 1 Diabetes include excessive thirst, a loss of energy, unexplained and rapid weight loss without trying, and feeling unwell.


popular
14-year-old boy drowns at hotel in Turkey after family wedding
Body of woman discovered in unexplained circumstances
Should schools consider introducing a three-day week?
Prince William and Kate's kids won't have a live-in nanny for the first time in their lives
11-year-old girl rescued from island in West Cork
Mum-of-four found dead in her Co. Kerry home named locally
Inside Prince William and Kate's beautiful new home in Windsor
You may also like
21 hours ago
Johnson & Johnson to discontinue sales of their baby powder globally
6 days ago
Breast check: Everything you need to know about mammograms and self-check
3 weeks ago
I swear by Dr. Bronner’s organic baby-mild and honestly it's all you need
1 month ago
Toddlers are happier with fewer toys, study finds
1 month ago
Summer safety: Here is why you should NEVER drape a blanket over your child's stroller
1 month ago
Are we suffering in silence?: How pregnancy and childbirth can affect our bodies
Next Page