Should you teach your daughters to say 'vagina'?

"It actually felt more liberating the more I used it."

Recently, there was outrage when ads for gyneacologist Dr Jen Gunter's book The Vagina Bible were removed by Twitter for containing "inappropriate content" – namely the word vagina.

Twitter is not alone in being uncomfortable with the word, many of us were taught to use euphemisms and silly names instead of the anatomical terms for our genitals as children. However, as we grow up we seem to have much less issue with the word penis, yet some people still can't bring themselves to say vagina.

Why are we so uncomfortable with the anatomical names for female sex organs?

Given that the word vagina is often used when the person means to say vulva, (the vulva is the outside parts, the vagina the internal passage), I did a Twitter poll to find out at what age people first heard the word vulva and learnt what it is. The results were shocking: 32percent of the people who responded were over the age of 21 when they found out what a vulva was. 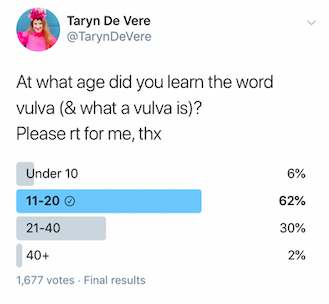 Dublin-based sexologist and psychotherapist Emily Power Smith says that using incorrect terminology creates a fear around those body parts, and this has an effect on how women feel about themselves.

"Without knowing the correct names for our genitals, we are disempowered when talking about our bodies – and particularly about how we experience pleasure. We need the language so we can explore the subtleties and nuances. The thing is, they probably don't even know they could feel pleasure with the right touch, because nobody has explained how their genitals work and their potential for immense pleasure."

Emily attributes the fear of the words 'vulva' and 'vagina' to historical efforts to control women.

"Shaming women for being sexual is an important part of controlling them. Shaming them and controlling their ability to feel pleasure, to express themselves, to know themselves and so on have been highly effective ways of keeping them in their place.

"Women are expected to present themselves as beautiful and attractive, but once they veer into sexual pleasure and empowerment, will be condemned and punished.

"Historically, women have only been permitted to experience pleasure with their male partner and only as a result of giving pleasure. That is still very much alive today. The value that women derive their pleasure from giving pleasure, and men derive pleasure from taking what the want. It sounds archaic when put like that, and yet I work with this value a lot!" 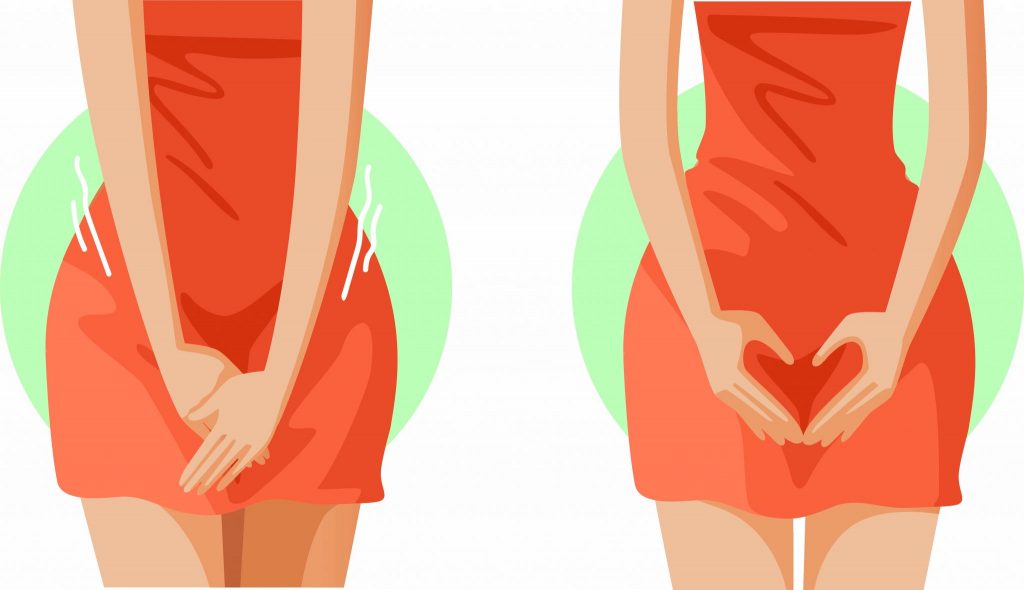 I spoke with a number of parents in Ireland and asked them what terminology they use with their children, and what they grew up with themselves. Niamh, from Dublin, says her parenting style is more upfront than that of her own parents.

"I don't think my mother EVER used the word vagina. I don't even remember ever having a conversation about what the body part is called."

With her own kids, Niamh says that she still sometimes uses the words she learnt as a child but mostly she uses the correct terminology.

"It did feel weird at first, but it actually felt liberating the more I used it. So now my kids cringe at the words, but they use them when they need to."

Alice is a mum of two girls. She says her parents used the term "front bottom".

"Honest to God, I didn't know my own vagina existed until near the end of primary school. When I was 17 there was a feminist event on in my uni and there were T-shirts that said 'vagina warrior'. I bought one for me and one for my mum, and even my feminist mum was a bit shocked."

Alice admits that, even as an adult, she sometime feels awkward using the anatomical terms.

"Even now as a mum of girls myself, who is trying to use all anatomically correct words, I still trip over myself using the word vulva, as I'm used to it wrongly labelled vagina. Vulva has an extra layer of kind of taboo feeling about it. I still feel awkward saying it though I know I shouldn't. I'm hoping as I continue to say it it will get easier!"

According to Emily Power Smith, these kind of reactions from parents are not unusual.

"Unfortunately I think a very simple mistake is made regarding the protection of our children. As a nation, we seem to mistake ignorance for innocence. I don't think they're necessarily the same thing. For example, teaching a child the correct names for their genitals is simply arming them with the language needed to explain any issues with any part of their anatomy, just like being able to say 'I have a sore thumb' versus 'I have a sore finger'." 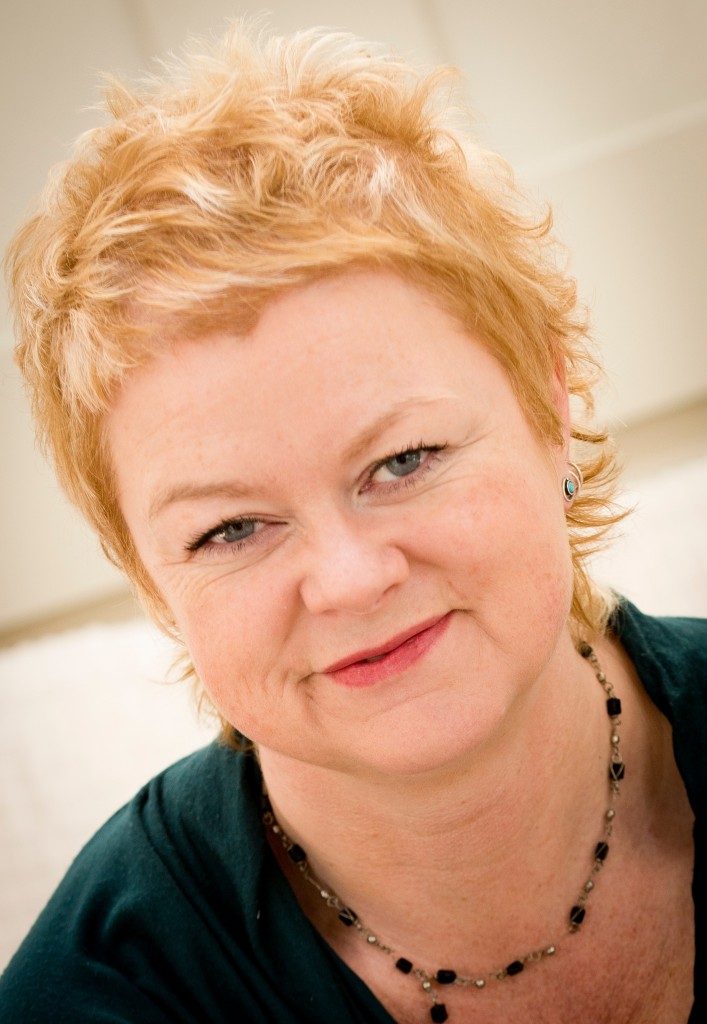 Catherine from Meath uses the anatomical terms with her own child but she says her parents used "front bum" and "willy" when they were raising her. She recently qualified as a primary teacher and says that the trainee teachers from her course were very uncomfortable with having to use the correct terminology in a classroom setting.

"My class were mortified at the idea of having to use penis/vagina etc. And were shocked that my three-year old would use anatomically correct terminology. I was shocked, because they were mostly a decade younger than me."

Mum of two Shirley says she grew up with the vague term "middle" being used for the genital area. She says she had never heard the word vagina until she did biology in secondary school. "It’s actually sad to think of the limited knowledge we were given about our own bodies."

She now teaches her own children all correct words.

"I have two boys so both know about their body parts and use 'penis'. They often ask is my penis inside! I had said girls have vaginas until recently and now use vulva."

Emily Power Smith says that, by following the examples like Shirley, we can remove any element of 'shame' from speaking about our bodies.

"Children learn that the unspoken is unspeakable. I support protecting our kids from damage and harm and abuse 100percent. So, we should arm ourselves with evidence-based sexuality education resources, based on a positive approach to sexuality and our bodies. We don't 'protect' our kids from getting run over by not teaching them how to cross the road. We don't teach kids how to not cut themselves by not teaching them the names of sharp objects."