I have to say, I find the class WhatsApp groups very handy.

Unsure of which day is PE day again? Pop a text in the group and you'll have a reply within seconds. Need to send a party invite? Good, old WhatsApp again. Wondering if your child was, in fact, telling the truth about there being no homework today? One quick text to the group, and voila‚ there's your answer.

I am willing to admit, though, that there are times when your head is spinning with the sheer amount of ping! notifications when certain topics are up for discussion in the group, or when everyone starts weighing in on something in real-time.

However, it had never occurred to me that the parents' WhatsApp group chats could be in any way problematic to the kids.

Recently, a concerned headteacher in the UK went out and warned parents to avoid class WhatsApp groups, saying they could be bad for children's development as they encourage 'micromanaging'.

The London-based headteacher said she felt that parents 'micromanaging' their kids leads to not letting them learn to think for themselves.

Jane Lunnon, who is head of Wimbledon High School in southwest London, advised parents to avoid turning to WhatsApp to check when kids need their PE kit and when homework is due.

In a message to parents, Lunnon touched on the perils of parent WhatsApp chats, saying: 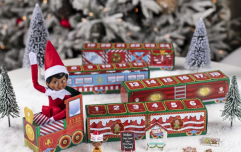 He's BACK: The brand new Elf on the Shelf props for 2020 will make December a BREEZE

END_OF_DOCUMENT_TOKEN_TO_BE_REPLACED

"As parents, we could all probably still learn a thing or two about backing off from micromanaging our children’s lives, from smoothing their paths and fighting their battles. We know how tempting it is – but what is that teaching our children? That they can’t manage their own lives? That problems can only be solved by grown-ups?"

Maybe she has a point, no?

"Stay off the parents’ WhatsApp chat ... Don’t join the group. Embrace FOMO (fear of missing out) and let everyone else work themselves into a frenzy. What’s the worst that could happen," Lunnon wrote.

However, it is important to point out that Lunnon advised secondary school should be the cut-off point for parents using class WhatsApp groups to prompt their kids, and urged that, from the age of 11, it should be up to the child to organise their day-to-day lives. If they forget something, they learn to deal with the consequences.

What do you think of the headteacher's message, mums? Are you in a class WhatsApp group? Do you think they're frustrating or a lifesaver?


popular
The most stunning baby names inspired by Irish folklore and mythology
"A lot of people do it the other way around" Cameron Diaz talks having a baby at 47
The good old days: 10 granny-inspired baby girl names we think deserve a comeback
People are trying to ban 'Rudolph the red-nosed reindeer'
20 gorgeous baby names inspired by space and the stars
20 Unisex Irish Baby Names That Are Absolutely Magical
From kids to scary: 15 films that will be showing on TV tomorrow for Halloween
You may also like
13 hours ago
'Soak it all in' – the words on enjoying time with your kids that will hit you hard
14 hours ago
By age 8, children should pack their own lunches – and here is why it matters
14 hours ago
Sugar rush: 8 tips to read before kicking off the Halloween-at-home celebrations
1 day ago
Strictly winner Ore Oduba opens up about his parenting experience during lockdown
2 days ago
Free download: Print out and join our AMAZING Herfamily Halloween Scavenger Hunt
3 days ago
Naughty children make more money as adults, a study has found
Next Page