Unfortunately, evolution didn’t give babies many ways to communicate.

But the method they do have, crying, sure gets the job done - let's all agree on that.

But have you ever wondered how it is that you seem to be the only one that can hear the baby crying at night – while your husband or partner happily slumbers on...?

It can be tempting to give him an earful (pun intended) about selective deafness when you return from having settled the baby for the 15th time that night, but before you do, you need to read this: According to science, there is a reason you wake up more instantly when your baby cries than your partner do.

According to this particular study, it would seem that when women become mothers, a "protection reflex" forms in our brains, meaning we are much quicker to react if we think (or hear) that our babies are in distress than their fathers are.

In this study, using a brain scanner, 18 men and women were subjected to hearing a hungry baby cry. 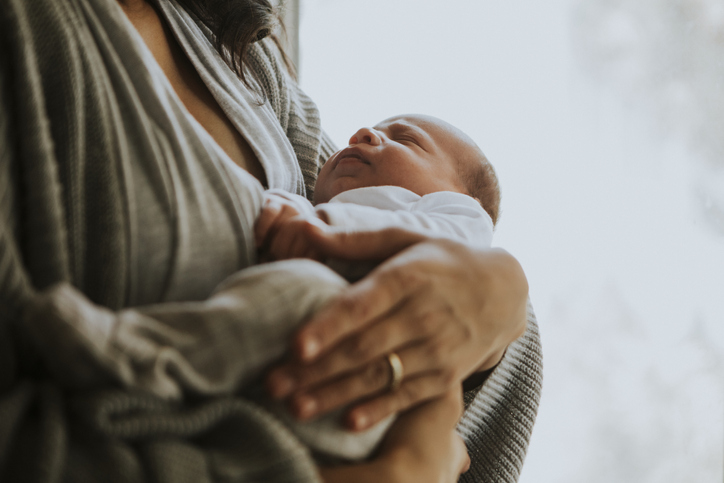 END_OF_DOCUMENT_TOKEN_TO_BE_REPLACED

In women’s brains, the sound interrupted the normal brain activity that’s associated with awake resting, jolting them out of their quiet daydreaming. The brains of men, in contrast, “carry on without interruption,” the researchers wrote in a 2013 NeuroReport paper.

And while we all know just how shattered you can end up feeling from all those broken nights, the good news is that, according to Poul Jennum, professor and head consultant at Dansk Centre for Sovnmedicin (Centre for Sleep Disorders), this is all just part and parcel of parenthood, and not at all harmful to your overall health.

"The vast majority of studies show us that becoming a parent is beneficial to your health," Jennum explains. "People who have children live longer than those without them."

popular
7 Christmas markets and Santa experiences to visit with kids this winter
Kelsey speaks out about moving on after Tom Parker's harrowing death
"I know it's scary": Westlife's Mark Feehily diagnosed with pneumonia
Boy seriously injured after alleged dog attack in Wexford
Elf on the Shelf is actually pretty bad for your kids, according to an expert
"Enhanced x-ray technology" being trailled at Dublin Airport could lead to removal of 100ml liquid rule
"I have been shaken": Kim Kardashian addresses Balenciaga's disturbing campaign
You may also like
4 weeks ago
I kicked my daughter's friend out of her birthday party- was I wrong?
1 month ago
I think it's safe to say we'll all be holding our children a little tighter tonight
1 month ago
How to potty train your toddler in three days, according to the experts
1 month ago
Kelly Clarkson admitted she spanks her children if they misbehave
1 month ago
Hilary Swank, 48, reveals she is pregnant with twins
1 month ago
How to talk to kids about disabilities – and why you should
Next Page