We want more parental leave, and we want paid parental leave. It’s very simple. It’s a win-win for parents and children, and for the adults that those children will become. For employees who are parents, there’s no downside. Or is there?

Actually, in Germany, it seems there is, and it’s neatly encapsulated in one word, 'Rabenmutter'. Translated literally to 'Raven Mother' it’s a derogatory term meaning 'bad mother.' It’s used to refer to women who go out to work, and are seen as therefore neglecting their children – just as ravens are perceived to neglect their young, because the chicks leave the nest before they can fly. Ravens are also associated with other negative connotations – they are flesh-eating birds, harbingers of bad luck and an omen of death. Nice comparison.

Fionnuala Zinnecker is an Irish woman living in Germany and has often heard the expression. “Yes, there is a German term 'Rabenmutter' which means a mother who does not look after her children properly. Unfortunately, it is often applied to working mothers, which doesn’t help relieve the guilt.”

Here in Ireland, anecdotally there is some stigma attached to being a working mother – usually in the form of an off the cuff comment that may or may not be intended to hurt. But for the most part, working parenthood is very much the norm here. The biggest challenges we face are lack of paid parental leave, the highest childcare costs in Europe, and lack of flexible work. With all of that to deal with, there’s hardly any time left to worry about whether or not there’s a stigma. So why is it a more tangible issue in Germany, complete with its own derogatory term?

The reasons are varied and complex and somewhat linked to Germany’s post-war reluctance to assign childrearing responsibility to the state. The attitude towards working motherhood is changing in more recent years, but the term 'Rabenmutter' persists, and many German mothers do stay at home.

Last March, Germany's parliament passed legislation that requires major corporations to fill 30 per cent of seats on non-executive boards with women. The new quotas come into force next year – at present, women make up just 18 per cent of Germany’s boards. However, many commentators feel that quotas, in this case, are not the solution, because there’s a lack of women available for directorships in the first place.

So where are all the women?

Germany’s generous parental leave policies mean that many women are at home with small children. Maternity leave comes first – it’s fourteen weeks in duration, with six of those to be taken before the birth. Once maternity leave ends, parental leave kicks in. If shared between both parents, it’s fourteen months long. If only one parent takes it, it lasts for twelve months. And is it paid?

“Yes, the state pays you between 65 per cent and 67 per cent of your average basic net salary based on earnings for the twelve months prior to starting maternity leave,” explains Fionnuala, who blogs about life in Germany and her three little boys at ThreeSonsLater. “There is a huge amount of paperwork involved in submitting your application and getting it approved, but it’s worth the hassle to be able to spend that first year at home with a steady income.”

So, it’s not surprising that most German parents, particularly mothers, avail of this generously paid leave – something we here in Ireland can only dream about for now. 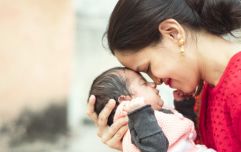 END_OF_DOCUMENT_TOKEN_TO_BE_REPLACED

But it doesn’t end there. There’s also unpaid parental leave available. “Yes, you can stay at home until your child is three-years-old,” says Fionnuala. “If you go back before your child is two, you can ask your employer to put a year of unpaid leave on hold for you to take before the child turns eight.”

For many of us, the idea of staying home for three years while our employers keep our jobs open for us is fantastic – being there for those all-important early years, without the fear-factor that comes with resigning and later trying to find a new job.

But is there a downside? Possibly yes. According to a German friend who prefers not to be named, many women are mommy-tracked when they come back to work, or put into different jobs. Progression can be difficult, especially if a woman has one child and is seen as likely to have another. Many women work part-time in order to be able to collect children from school, but this is often viewed negatively by employers. In my friend’s workplace, the women who work part-time are collectively referred to as 'the moms', often accompanied by a sigh and a shrug.

And frustratingly, all of this can contribute to the stigma around working motherhood too, if a woman chooses not to avail of all the leave on offer. Fionnuala, who is a project manager for an international telecommunications and engineering company, experienced this.

“Returning to work nine months after having my first child I was asked ‘Why did you have a child if you are not going to look after him?’ and ‘Isn’t that a terribly long day for him?’ when I mentioned that my son was with the childminder from 7:30 am to 4:30 pm.”

This is not to say we shouldn’t pursue better conditions in Ireland – we are among the worst countries in Europe in terms of family leave, so we have a very long way to go before generous leave policies become something about which to be concerned.

And really, I think if it were on offer, we (as a country) would take it, and each family would make their own decision about what works best.

I’d like to think that as there’s no 'Rabenmutter' equivalent here at present, it’s not something that would necessarily come with better conditions. But if nothing else, perhaps its existence elsewhere serves to make us feel better about our own paltry parental leave. Yes, I’m clutching at straws.

popular
Dunnes Stores launches stunning collection of Communion dresses
Siblings kidnapped in March 2022 have been found alive
Emma Pattison: Tributes paid following death of head teacher and her family
Stacey Solomon hints at baby girl's name as due date nears
Teenager killed in shark attack after swimming with dolphins in Australia
Time to book those holidays! Here's every Bank Holiday in Ireland in 2023
Rosanna Davison issues warning to parents after daughter is diagnosed with scarlet fever
You may also like
2 months ago
Minister Heather Humphreys considering increase in maternity benefits
6 months ago
How to: Tell your boss that you are pregnant
7 months ago
Seriously?! This new mum's husband guilt-tripped her for asking for help
7 months ago
Irish Cancer Society launches campaign for deferred maternity leave for cancer patients
7 months ago
Alexandra Burke reveals plans to return to work 10 weeks after birth
9 months ago
Ireland ranked one of the worst countries in Europe for paid maternity leave
Next Page