Would you sign your child away? A plea to every mum to help change the Adoption Laws

In conversion with Milana:

My name is Milana and like all mothers, I love my children, Vanessa and Harry, dearly. A couple of years ago, myself and my husband Patrick made the decision to unify our family under the Step-Parent Adoption Process – thus allowing Patrick (who is not Vanessa’s biological father) to be officially recognised as Vanessa’s legal guardian. However, when we went to apply for his guardianship of my daughter we were horrified to learn that in order for the application to be successful I must agree to one of the terms – stating that “the biological mother becomes the adoptive mother of her own child.”

In other words, my husband can only adopt Vanessa if I agree to waive my right as her biological mother and allow her original birth cert to be replaced by a new one stating me as her ‘adoptive’ mother instead. I carried my daughter for nine whole months, reared her for eight years, it’s unthinkable that I should have to abide by some cruel, outdated law that forces me to not only sign away my own child effectively, but also sign away my natural right to being officially recognised her biological mother.

And because I can’t and won't agree to that term, I can’t proceed with the application – which is grossly unfair – because should anything happen to me and we’re not unified as a family, Vanessa and her brother Harry (Patrick’s biological son) face being separated from one another in the event Vanessa’s biological father should seek full custody of her in the future.

At present, Vanessa’s biological father has given a verbal agreement to Patrick adopting her.

Angry and heartbroken I contacted the then Minister for Children, Frances Fitzgerald, as she was a mother and would most likely be horrified if she and her family faced the same situation. Though she replied apologising for the ‘anomaly’ in the law, nothing was done about it. So two years on I’m forced to make another plea – this time to the current Minister for Children, James Reilly, asking him if he thinks it fair that a mother – who wants to do the best by her family by unifying them – in doing so is forced to waive her biological status.

Does he also think it fair that a mother who loves and cares for her children dearly – in an effort to unify her family should have to comply to being vetted by Gardai and other authorities like she was nothing more than a childminder to them?

It’s not fair and as tax-paying Irish parents our family deserves better than to suffer some outdated law.

There are a lot more families out there in the same position but are reluctant to come forward. Please share this letter. It might help change the law so that no other family has to endure the heartbreak we have in doing what we believe is best for our family. 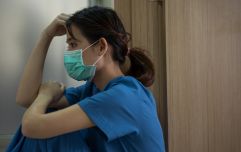 END_OF_DOCUMENT_TOKEN_TO_BE_REPLACED

Main image: Milana and her children.

You can read more on the topic at Adopting My Own Son, a blog about one mum's experience with the current adoption system in place or get more information at aai.gov.ie


popular
Toddler dies after falling from balcony in New York
Rachel Stevens announces split from husband of 13 years
My teenage step daughter just told me she is pregnant, what do I do?
Multiple people killed in Denmark shopping mall shooting
I tried 'slow parenting' for a year and I'm never going back
The most natural thing in the world? You've got to be f***ing kidding me
Say it isn't so: Workin’ Moms’ to end with Season 7
You may also like
4 months ago
My terminally ill sister asked me to take her kids in when she dies but I want to remain child-free
5 months ago
'Girls' star Lena Dunham shares plans to adopt a child
5 months ago
Surrogate who had 13 babies for other people accidentally gave away her own son
9 months ago
Groom makes second proposal at wedding – to adopt bride's daughters
9 months ago
The rise in IVF success is leading to what some are calling an 'adoption crisis'
11 months ago
#RepealtheSeal report highlights the continued struggles of adoptees in Ireland
Next Page