As any woman who has given birth will tell you, labour is tiring work. I mean; you are pushing an entire human out of your body – and trust me, having done it twice myself, there is a reason it is called labour.

What helps many birthing mamas, though, is having your partner there with you, holding your hand or simply just giving you little shouts or peptalks of encouragement as you labour that baby out.

However, one dad-to-be was recently slammed online after sharing  a snap of himself eating pizza while his wife gave birth.

In the photo, the man can be seen enjoying a pepperoni pizza while his other half is busy delivering their baby. 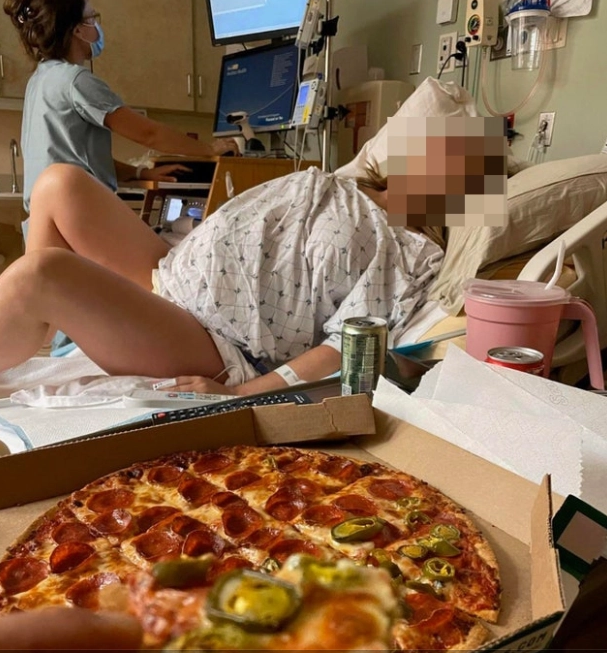 The image has since been shared on discussion forum Reddit, where it left users outraged.

Commenting on the post, one user wrote, “Casually eating pizza when your SO is in the middle of giving birth.” 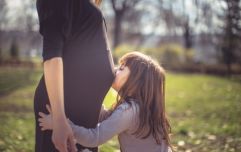 END_OF_DOCUMENT_TOKEN_TO_BE_REPLACED

Another one added: “She’s is pain and he’s just 'I’m eat a pizza and drink beer and take a picture of you suffering.”

A third ranted, “This isn't funny. The woman is obviously in a tremendous amount of pain and I don't think It's appropriate to be making jokes.”

However, it wasn't all criticism as some Redditors were quick to jump to the dad’s defence, claiming that he can’t be expected not to eat.

One dad wrote, “I had a Subway while I was waiting for my son to be born. When you hear about a 12 hour labour, about 11 of those hours are mostly just waiting.”

Another agreed, adding: “I was in labour for three days, my husband had to eat.”

What do YOU think, mums? Would it bother YOU if your other half started chomping down a pizza while you were mid-delivery?


popular
Sligo teacher creates animated video series for Junior Cert revision
Positive parenting: 11 little things that mean the world to kids
'We want a family': Suzanne Jackson on having kids with husband Dylan
NPHET to advise the Government that all schoolchildren return to school the end of February
Nutella Biscuits have arrived in Ireland
RTÉ are introducing new educational programmes aimed at those sitting their Junior- and Leaving Certs
Cardigans are having a major moment – and here are a few I have in my virtual carts right now
You may also like
3 days ago
Stacey Solomon was trolled for her boys having three different dads – and here is her response
5 days ago
The genius TikTok wrap hack that is about to save your homeschool lunchtime
1 week ago
This mum meal plans for an ENTIRE YEAR – and here is how she does it
3 weeks ago
Jennifer Aniston's new Christmas tree ornament just caused a crazy amount of backlash
3 weeks ago
According to tradition, your Christmas tree should stay put until after THIS date
1 month ago
Yikes! How one mum's Elf on the Shelf prank spectacularly backfired
Next Page