Not what the guests expected to say the least.

Baby showers can come with all kinds of surprises, but they're usually good ones.

Unfortunately, for all the guests attending this particular baby shower they were in for a nasty shock when the husband of the mum-to-be decided to announce that the baby wasn't in fact his.

The video showing is in Spanish but translated the man giving the speech says;

"You guys all know that I’m expecting a boy.

Here, look, I have the pregnancy test, you guys know I’m going to be a dad.

But you know what, you guys overlooked an important detail.

This isn't my child, this party is for these two."

The expected mum tries to calm her husband down and explain but is only met with filmed footage of herself with another man. The guests then start to throw food at the man who was seen in the footage.

It's like something straight out of a soap opera. 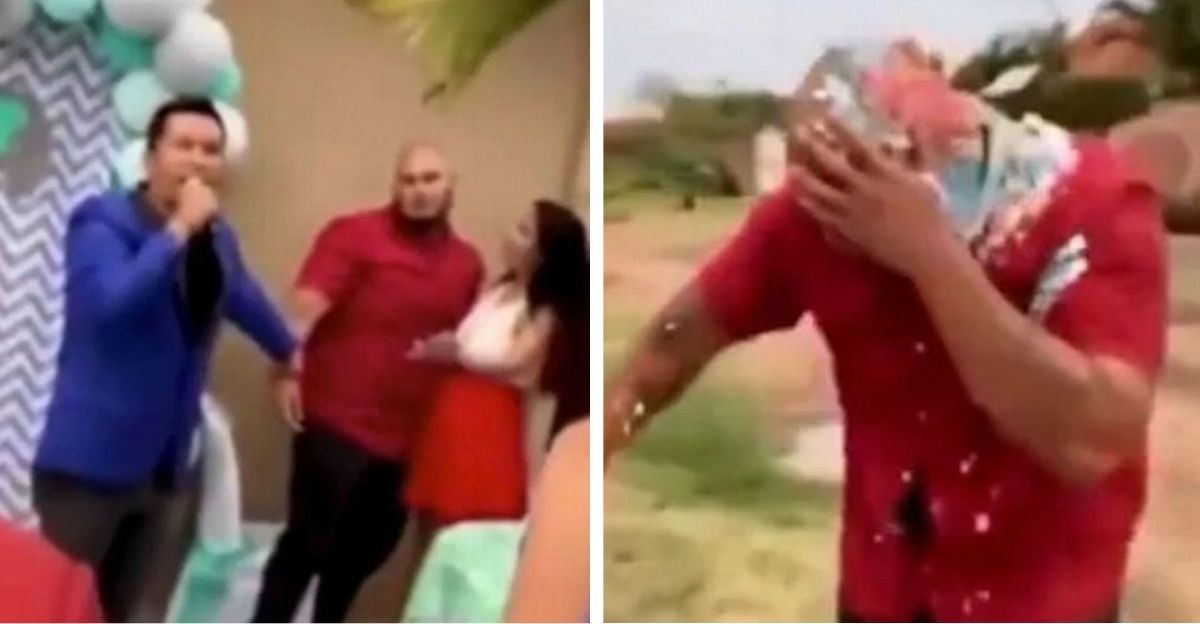 The clip was shared on Reddit but it is unclear where it originally came from so there's no way to follow up and see what happened with the couple next.

My guess is probably divorce papers.


popular
Woman's suitcase and bank cards stolen as she gives birth in Dublin hospital
Antigen tests sold in Dunnes and Lidl recalled over false positives
Gardaí concerned for welfare of missing 14-year-old Dublin girl
Here are the Covid restrictions that may be lifted as early as next week
Teen who pushed girl under Dart to face trial in adult court
5 family members, including parents, sentenced over sexual abuse of children
€1,000 bonus will be given to healthcare staff who worked in Covid exposed environments
You may also like
2 months ago
Apparently "baby stags", or "dadchelor" parties, are a thing for dads-to-be
3 months ago
Woman wants to boycott friend's women-only baby shower as she thinks it's sexist
6 months ago
Pretty In Pink: Inside Former Miss Ireland Aoife Walsh's baby shower
1 year ago
Mocktails: 3 super-tasty non-alcoholic drinks to sip on if you're pregnant this Christmas
1 year ago
Emma Roberts received a vagina-inspired bouquet at her baby shower and it's absolutely perfect
1 year ago
Spotted in Penneys: Super cute new mum and baby shower accessories range
Next Page