I have to admit I got away pretty easy on both my pregnancies, as in a couple of weeks of feeling a little queasy and, towards the end, a little heartburn.

As many as 80 percent of pregnant women will experience some morning sickness, and we can all agree on this: It is not pleasant. At all.

But if you are currently suffering, mamas, take comfort in this: A recent study confirms that morning sickness could, in fact, indicate a healthy pregnancy.

For this particular study, scientists observed 800 pregnant women who had suffered miscarriage in the past, asking in depth about their morning sickness symptoms. Of the women surveyed, 188 suffered miscarriages during the trial. According to the researchers' findings, published in JAMA Internal Medicine, women who experienced morning sickness by the eight week of pregnancy, were 75 percent less likely to miscarry.

"It's a common thought that nausea indicates a healthy pregnancy, but there wasn't a lot of high-quality evidence to support this belief," epidemiologist Stefanie N. Hinkle, Ph.D., said, according to Science Alert. "Our study evaluates symptoms from the earliest weeks of pregnancy, immediately after conception, and confirms that there is a protective association between nausea and vomiting and a lower risk of pregnancy loss."

Note that the scientists are quick to explain that the finding does not mean that women who don't suffer from morning sickness are in danger of miscarrying. Because while morning sickness can be a good sign during pregnancy, this issue isn't black and white, and lack of nausea is definitely not a sign that anything is going wrong in your pregnancy. 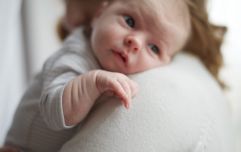 END_OF_DOCUMENT_TOKEN_TO_BE_REPLACED

"Not all pregnancies are the same, and every individual is different," Hinkle told The Atlantic. "So just because they do not have symptoms, does not mean that they will go on to have a loss."

Did YOU suffer from morning sickness when you were pregnant? Let us know in the comments or tweet us at @Herfamilydotie


popular
Attention parents and kids! Here are 3 simple but scrumptious recipes to keep you busy all afternoon
David Beckham shared his dinner on social media and we really wish he hadn't
Mini Bella Boutique is running a huge online clearance sale as it sadly closes
Kim Kardashian says lockdown has made her realise she doesn't want more kids
How to potty train your toddler in three days, according to the experts
Due in 2020? These baby girl names are sure to be popular in the coming months
#Covid-19: Pink reveals she had tested positive for coronavirus as she asks fans to 'stay at home'
You may also like
1 hour ago
The reason why childhood environment can affect your children's future relationships forever
1 month ago
According to research, we're sending our kids to school way too early
1 month ago
Did you know this could be the simple key to getting your children to go to sleep faster?
1 month ago
Your daily cup of tea could actually help you live longer, study finds
1 month ago
Study finds mums with five kids sleep the most and we need to know more
1 month ago
Study finds that having a sister can actually make you a happier person
Next Page