And this advice still rings true even if the mums have previously – before falling pregnant – recieved flu vaccinations.

“As soon as we know you are pregnant, you should get a flu shot. The sooner the better,” said study co-author Dr. Octavio Ramilo, chief of the infectious diseases division at Nationwide Children's Hospital in Columbus, Ohio, in a new WebMD report.

The reason? Not just because the flu is a more serious illness to contract if you are pregnant, but also because the shot serves to protect babies for months after birth too, before their regular vaccination program kicks off.

In a press release, co-author of the study, Lisa Christian from Ohio State’s Institute for Behavioral Medicine Research, explained they wanted to investigate the myth that pregnant women who had gotten a flu shot in the past year don’t need another, as prior studies suggested the flu shot was the best way to protect mums and babies—but they also showed people who get a flu shot annually will gradually have lower antibody responses. 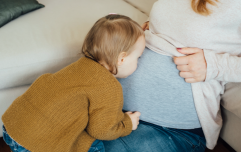 END_OF_DOCUMENT_TOKEN_TO_BE_REPLACED

And according to Christian, this new study provided the researchers with enough evidence to safely say that a flu shot is benefitial to all pregnant women – regardless of whether or not they had gotten this vaccine before. In fact, Christian and her team say they think expectant mothers should make this a top priority.

“The good news is that we found that the benefits of maternal vaccination for the baby were not affected by prior vaccination in the mothers,” said Christian, whose team tested blood from babies’ umbilical cords.

That is especially important as babies won't get their own shots until weeks after birth, so the antibodies we pass down are incredibly important.


popular
#MomLife: 7 things I wish I done more of when my children were babies
Staycation: 10 bargain buys to turn your back garden into a chic hotel patio
Apparently, women feel 'phantom' baby kicks even years after pregnancy
Kate and William are pretty strict about school nights when it comes to George and Charlotte
Body found in search for missing five-year-old boy in Co. Mayo
Breastfeeding and pumping: 5 tips to make it easier for yourself
Pregnant pause: Pre-labour can last days, here's 9 tips to help you through
You may also like
1 day ago
Wellness: The gut-healing smoothie we should all be starting our days with
2 days ago
Evening munchies? 3 simple ways to help you stop that late-night snacking habit
2 days ago
Waking up tired? The 5 houseplants that will help you get a better night's sleep
3 days ago
Suffering with hayfever? The very simple vaseline hack you need to know about
3 days ago
The key to better sleep – and waking up refreshed – might be a very simple bedtime routine
5 days ago
Bacterial Vaginosis: 5 facts that every woman needs to know
Next Page