A new survey has revealed that many mums-to-be are still unsure about whether they should be 'eating for two' or not. 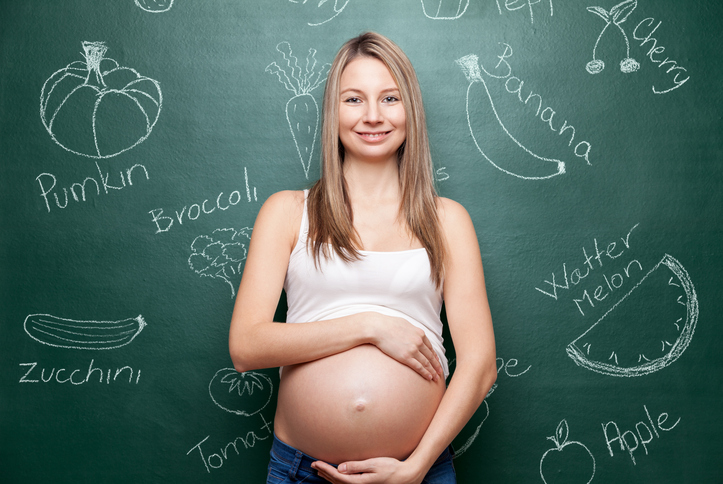 A survey jointly commissioned by Diabetes UK, the British Heart Foundation (BHF) and Tesco, has found that almost 70 percent of expectants mums are unsure of how many extra calories they should be consuming during pregnancy.

The charity partners are working with the Royal College of Obstetricians and Gynaecologists to dispel the 'eating for two' pregnancy myth that puts the health of pregnant women and their babies at risk.

The survey reveals that 63 percent of pregnant respondents feel 'under pressure' from others to eat more than usual, with 14 percent of mums-to-be saying this pressure is constant.

Professor Janice Rymer of the Royal College of Obstetricians and Gynaecologists, says that unhealthy weight gain during pregnancy can be life-threatening:

"Eating too much during pregnancy and putting on too much weight can be detrimental to both mother and baby. Women who are overweight during pregnancy are at an increased risk of having a miscarriage and developing conditions such as gestational diabetes, high blood pressure and pre-eclampsia.

They are also more likely to have a premature baby, require a Caesarean section, experience a haemorrhage after birth or develop a clot which can be life-threatening. In addition, overweight women have bigger babies who are themselves more likely to become obese and have significant health problems as a result." 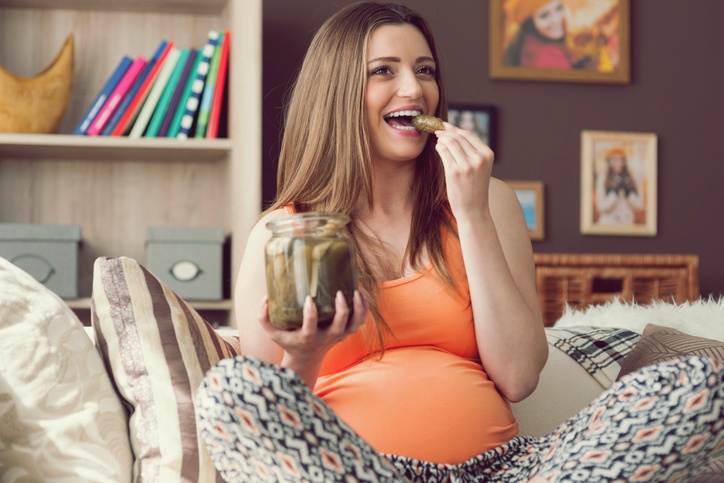 END_OF_DOCUMENT_TOKEN_TO_BE_REPLACED

Nearly half (44%) of respondents said their biggest fear about pregnancy weight gain was having to lose it afterwards. One in ten feared developing gestational diabetes and 11 percent worried about high blood pressure.

One in four pregnant women admit to using the 'eating for two' excuse all the time to eat unhealthy snacks or meals. However, Alex Davis, head of prevention for the National Charity Partnership, says the myth is very unhelpful:

"The 'eating for two' myth has been around for years, but it's very unhelpful. Eating healthily and consuming healthy portion sizes are important before, during and after pregnancy to increase the chances of conceiving naturally, reduce the risk of pregnancy and birth-related complications and stave off health problems like Type 2 diabetes and heart and circulatory disease in the long-term."

Current guidelines advise pregnant women that "energy needs do not change in the first six months of pregnancy" and recommend that mums-to-be only need about 200 extra calories per day during the last trimester of pregnancy.

popular
Brian Dowling: "Aoife never thought the baby was hers"
Lauren Graham shares who she thinks Rory's baby daddy is
These 40 baby names are set to trend in 2023
Rejoice - Christmas FM is back on the airwaves today
"I have been shaken": Kim Kardashian addresses Balenciaga's disturbing campaign
All the locations where you can visit Santa in Dublin city centre this Christmas.
Behind the scenes footage of 2003's Toy Show is such a throwback
You may also like
11 months ago
Babies born in December have some very unique traits – and you'll see why
1 year ago
November-born babies are extra-special – here's why
1 year ago
Worth the wait: 9 reasons NOT finding out the sex of my baby was the best thing ever
1 year ago
10 things to add to your hospital bag (that you probably hadn't thought to pack)
1 year ago
Prepping for a new arrival? Here are all the things you'll need for a newborn baby kit
1 year ago
Fact check: 7 common pregnancy myths you can stop believing now
Next Page