If it works, it works.

The past few years have seen more and more of us become interested in natural ways to promote health and wellbeing.

We turn to yoga and meditation, we journal, we have acupuncture done and, more recently, we use crystals for their healing, soothing and reviving powers.

This Morning host Holly Willoughby recently revealed that because her youngest child, six-year-old Chester, suffers from nightmares, she has had to come up with a rather unusual way to soothe her little one and make him sleep through the night.

Willoughby said on an episode of This Morning, that she has been using green fluorite to get her son to sleep through the night without having nightmares. Green fluorite is a crystal, which some people believe has healing benefits including promoting relaxation and better sleep.

The mum-of-three explained that her youngest sleep with a piece of the fluorite beside his bed, and that it really seems to be doing the trick.

Talking to a crystals expert on an episode of This Morning, Holly, 39, explained:

‘So I pulled the bed out and got it, last night he slept through fine.’ 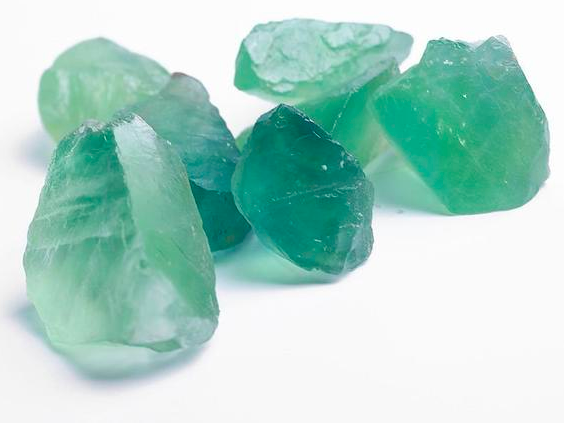 Noticing that her co-host, Philip Schofield, seemed sceptical about what she was saying, Holly admitted: 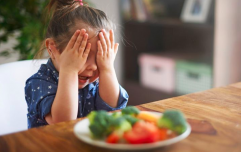 END_OF_DOCUMENT_TOKEN_TO_BE_REPLACED

‘I know there's no science to this but that is something you go, well, if that helps, it helps.’

The TV host often shares her love of crystals on social media and has previously shared snaps of herself meditating with a crystal ball and wearing an amethyst crystal necklace, which she said helped her feel recharged.

Tell us, mums, have YOU tried this trick for nightmares? Let us know in the comments or tweet us at @herfamilydotie

popular
Lauren Graham shares who she thinks Rory's baby daddy is
Brian Dowling: "Aoife never thought the baby was hers"
These 40 baby names are set to trend in 2023
WIN: A train trip to Dublin aboard a very festive Winter Wonderland carriage
7 Christmas markets and Santa experiences to visit with kids this winter
"Enhanced x-ray technology" being trailled at Dublin Airport could lead to removal of 100ml liquid rule
Paula MacSweeney praises healthcare workers after son is hospitalised with RSV
You may also like
4 weeks ago
5 things all women should know about Polycystic Ovary Syndrome (PCOS)
1 month ago
Expert reveals how often you should clean your child's bath toys
3 months ago
This simple idea will help cultivate an attitude of gratitude in your children
3 months ago
I tried a viral 5-second trick that promised to make me a happier, calmer parent
5 months ago
We are more likely to get sunburnt in Ireland than on holidays abroad – this is why
5 months ago
International Yoga Day: 7 incredible benefits kids can get from doing yoga
Next Page