How do you tuck your little one in at night?

According to a new study conducted in the States, over half of us are doing it wrong.

The Safe to Sleep campaign has been encouraging parents to lie their babies on their backs when they're settling them down for the night for many, many years.

This sleeping position has been proven to reduce the risk of Sudden Infant Death Syndrome (SIDS), as well as suffocation in babies.

And yet, over half of mums admit that they don't place their baby on their back at night.

The study surveyed over 3,000 mums around America and found that almost 44 percent of them intended to position their baby this way, or already use the method all the time.

Over 77 percent answered that they place their babies on their backs most of the time, but not always. 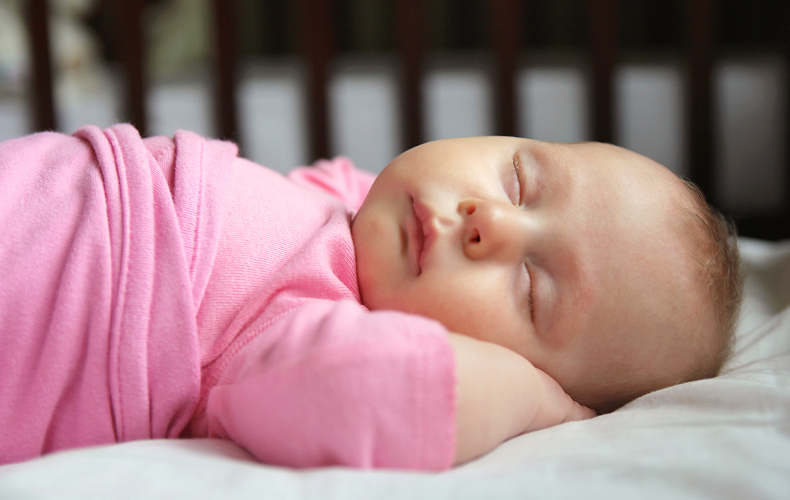 Dr. Eve Colson, co-author of the study, said that there are a few reasons why people think they shouldn't be placing their baby on their back.

According to her, parents worry about their baby choking if they are placed on their back. They also think their baby will be more comfortable on its stomach.

"What was new and hadn't been explored before was this idea of what people intended to do versus what they actually do.

What we found was that people intended to put their baby on their back but didn't always do that."

END_OF_DOCUMENT_TOKEN_TO_BE_REPLACED

The latest parental guidelines to prevent SIDS suggest that the baby should sleep in the same room as its parents for six months.

The baby should be placed on their back on a surface containing no pillows or blankets. There should be a tight-fitted bed sheet across the surface.


popular
Answer our short survey for a chance to WIN a stay for two at the Dingle Skellig Hotel in Kerry
Italian children don't have bedtimes and it could actually be a good thing
The super-easy DIY remedy that will smooth and soften your dry, cracked feet
Staycation: My 10 tried and tested mum-hacks for better beach days with kids
The €29 kitchen gadget that is about to make your mornings 100 percent easier
These 5 Foods Could Increase Your Chances of Having Twins
Classic baby names: 10 names that have kept their charm these past 100 years
You may also like
2 hours ago
These astonishing brain scans of toddlers show the impact love has on us
1 day ago
Cameron Diaz opens up about life with baby Raddix – and says motherhood changed her life
4 days ago
8 effective ways to help settle a toddler tantrum
4 days ago
How to get your child to behave - without time-outs, shouting or bribery
4 days ago
Do you make this common mistake when it comes to you and your baby's sleep?
5 days ago
Decoding toddlers: Here is why your child can't just 'calm down' during a tantrum
Next Page