Sleep: most of us mums could nod off at any stage... but for our little ones, it can often be remarkably different.

And we all know that our own proper night's rest is intrinsically linked to how long the kids are willing to stay in their beds for.

Which is why we read with interest a hack that one mum has come up. She says she's used it for months - and that as a result her child has slept through the night without issue. 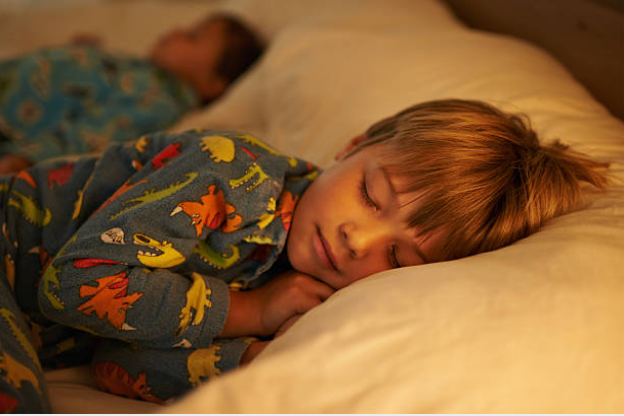 Commenting on The Motherload Facebook page, mum-of-two Laura Gerson described how her 11-month old daughter, Amelia, kept waking up at night because her soother had fallen out. The solution? She now goes to bed with TEN dummies.

Laura revealed: "Since my little one was about 3 months old she’s gone to bed with roughly 10 dummies in with her.

"Found that when she cried of a night all she wanted was a dummy then she’d go back off.

"Realised that if she had one to hand then she would just find it of a night, trial and error with her losing a few down the side but 99 percent of the time she feels around, finds a dummy, sticks it in and she’s sorted!

"Haven’t had to go into her of a night for about 8 months now… WINNING!!"

What do you reckon? Is this something you'd try with your own small ones?


popular
10 beautiful baby girl names none of your friends will have thought of first
Apparently there are 5 different types of grannies, and which one do your kids have?
Positive parenting: My little boy would never listen to me – until I tried something new
Royally cute: 15 regal baby girl names perfect for your little princess
10 baby boy names forgotten in time – that we reckon deserve a second chance
The current rise in cyber-bullying proves we need CoCo's Law now more than ever
#ToBeHonest: the tea and toast after giving birth is the best meal ever
You may also like
2 days ago
The more kids a mum has, the better she sleeps, says science - and yeah, we call BS too
1 week ago
The giant family bed that is perfect for parents who just co-sleep (and we want one!)
3 weeks ago
Sing it: Research finds singing lullabies help your baby sleep better
4 weeks ago
Better sleep: 5 things you need to ban from your bedroom according to an organisational expert
1 month ago
New research finds children should be sleeping in a cot until age three
1 month ago
Waking up tired? The 5 houseplants that will help you get a better night's sleep
Next Page