Expert says Cocomelon acts "as a drug" to kids' brains

When one woman shared a video of her toddler godson trying to run away from home as a result of Cocomelon being turned off, the comments were filled with parents saying the show is like some type of drug for kids.

According to one expert, that might actually be the case, as she's claiming that it "acts as a drug, as a stimulant" to the brains of children.

Child development specialist Jerrica Sannes shared an Instagram story highlight in which she claims the show is hyper-stimulating for their developing brains, ultimately impacting their ability to play without such stimulation.

"Cocomelon is so hyper-stimulating that it actually acts as a drug, as a stimulant," she says. "The brain gets a hit of dopamine from screen-time and it seems that the stronger the 'drug,' aka the level of stimulation a show delivers, the stronger the 'hit.'

"This leads to 1) the children experiencing symptoms of addiction and withdrawal, obviously leaving them completely dysregulated, and 2) a general discomfort in the speed of everyday life."

Dysregulation refers to a poor ability to register emotions, manage emotional responses and keep them within a socially acceptable range of reactions. 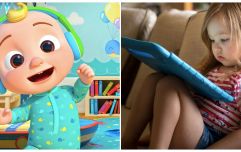 END_OF_DOCUMENT_TOKEN_TO_BE_REPLACED

"The more they watch the show, the more the brain begins to expect this kind of stimulation," Jerrica continues. "This makes it impossible for them to play creatively and without entertainment."

Jerrica claims the show could cause even neurotypical children to display the type of dysregulation, inattention or behavioural issues more common in neurodivergent children, such as those with autism or ADHD.

The specialist added that as researchers are still unsure of the longterm effects of stimulating shows like Cocomelon, the best parents can do is "carefully observe our children’s behaviour to decide if we like how a show is affecting their brain."

popular
Emma Pattison made distressed call to sister before murder-suicide
Vogue Williams opens up about her divorce from Brian McFadden
'Beware of this book' – parents in shock over very explicit children's book
Siblings kidnapped in March 2022 have been found alive
8 foods that can actually help your baby sleep better (no really, it's true!)
Here's why Laura Whitmore's alcohol posts were banned on social media
You may also like
3 months ago
Should you give your child a soother? Here's exactly what you need to know
3 months ago
Daytime naps should stop when child turns two, science claims
4 months ago
Understanding why children cry, and why it's actually a good thing
4 months ago
Got a picky eater? You need to try the ice cube tray trick today
6 months ago
Toddlers are happier with fewer toys, study finds
8 months ago
3 Steps to preventing heat stroke in babies and small children this summer
Next Page