Former President of Ireland, Mary McAleese,  officially launched the Holocaust Education Ireland’s Crocus Project today, by planting yellow crocus bulbs in her garden at home in Roscommon with the help of local schoolchildren.

The flowers, recalling the yellow Stars of David Jews were forced to wear under Nazi rule, will bloom around the time of International Holocaust Memorial Day on 27th January. 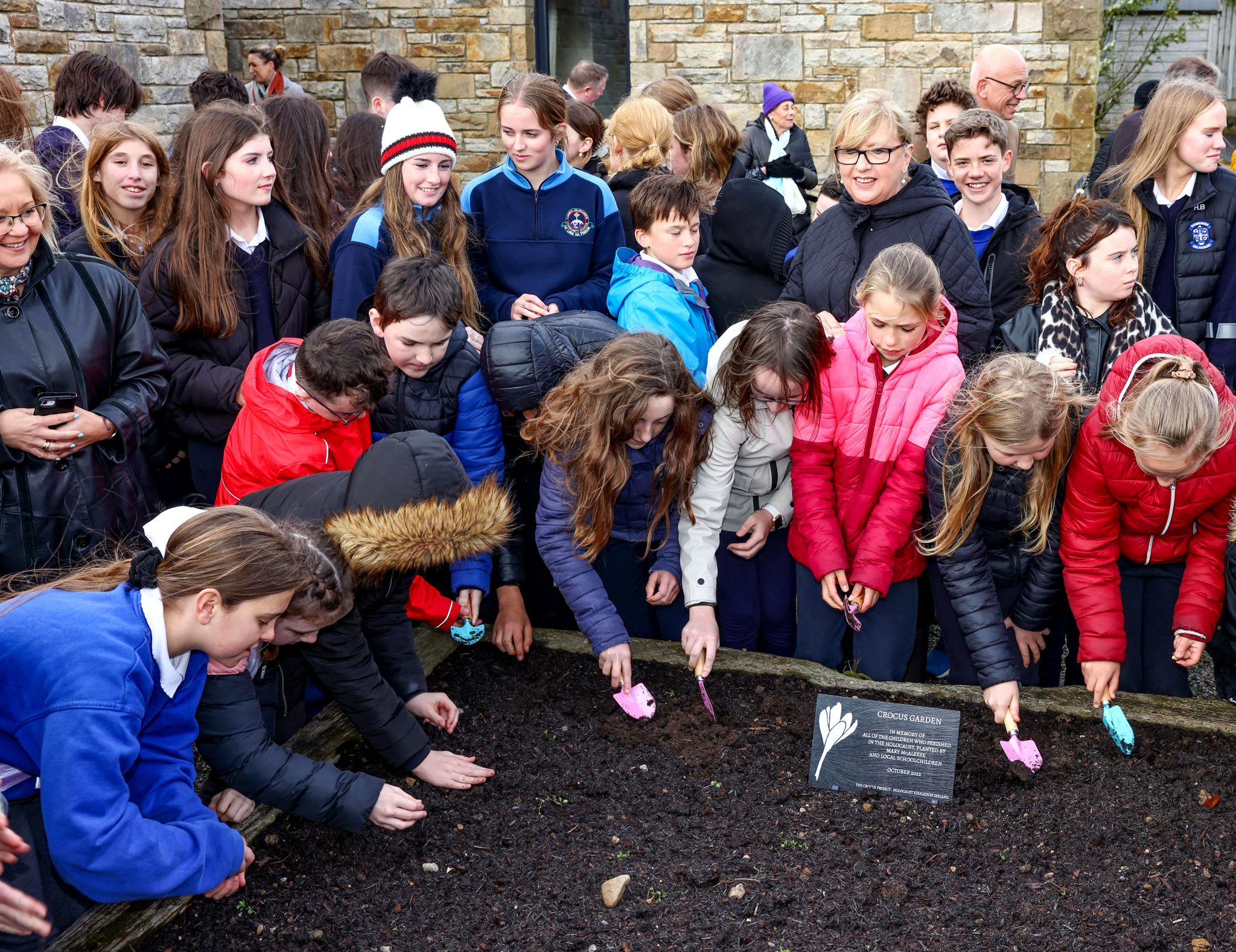 The Crocus Project commemorates all of the children who perished in the Holocaust, and aims to educate schoolchildren over the age of ten about the Holocaust and the dangers of racism, and all forms of discrimination and hatred.

Schoolchildren from Cootehall National School, Woodbrook National School and Carrick on Shannon Community School joined Dr McAleese in planting the bulbs in the garden of her home this morning. 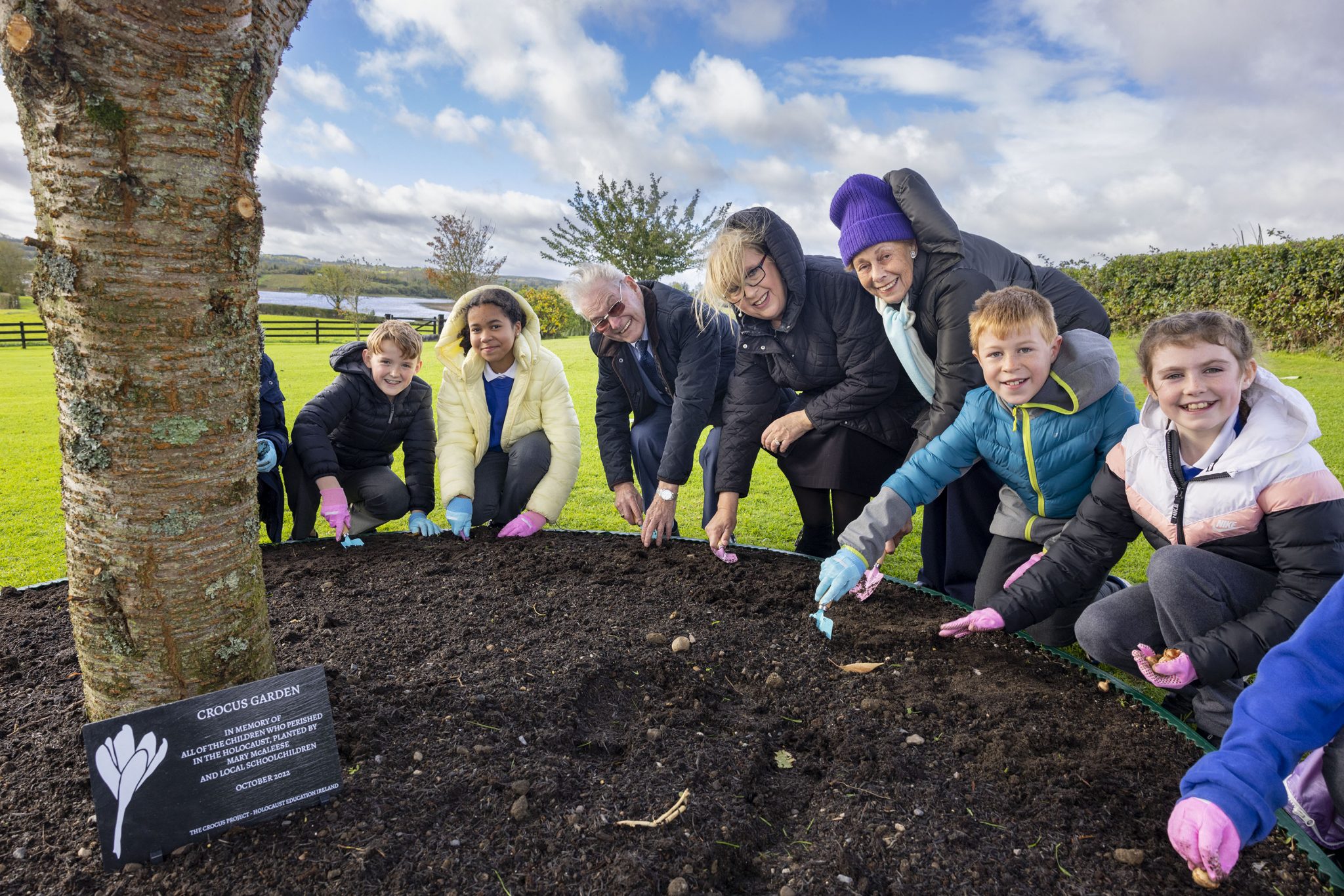 Holocaust Education Ireland is an independent and non-profit charity which informs about the Holocaust and its consequences.

Programmes and educational materials are carefully structured to raise awareness about prejudice, discrimination, hate speech, misinformation, denial and distortion of the Holocaust.

Further information on the project is available on their website here.