"What lies beneath are actually more vulnerable, disempowering emotions which signify unmet needs"

The books warn us about postpartum rage. They talk of surging hormones and big emotional crashes, in the days and weeks after we return home with our babies. In those moments, tears are never far away and the smallest mishap can send us over an invisible edge. It can be terrifying, but it's often short-lived and, somewhat expected.

But what about the feelings that raise their ugly heads much, much further down the line? When our toddlers inspire an anger inside us that feels almost unquenchable? When the release of a slammed door or a loud roar feels like the only thing that will dispel the tension in our bodies?

The rage that motherhood can inspire is an issue that reaches far past those first weeks. It's an untold tale of secret emotion. How could I be angry with my tiny, beautiful baby?

Anne Morgan is owner of  Sparkback Consultancy, which provides emotional support and counselling for Irish mothers. The former model agent lives by the sea in Dublin with her fiancé and their three-year-old daughter; the little person she credits for giving her her spark back. Helping mothers recognise and work through the issues that cause this inner turmoil is something Anne is very passionate about. Speaking exclusively to HerFamily, she helps us discover the causes, acknowledge the realities and create a plan to tackle it all head on.

It doesn't take an expert to conclude that it's not really the discarded Lego piece you stood on that's making you angry. We know there's more at play, but what are the real factors contributing to your maternal rage?

According to Anne, one of the key triggers is the contrast between expectation and reality, as she explains: "One of the main factors is the discrepancy between what we expect motherhood to be based on — the idealised mother we have internalised throughout the course of our lives — and our actual experience. The greater the difference between the two, the more vulnerable we are to feelings of shame and inadequacy, which can add fuel to the fire of anger and rage."

Filled with this sense of not measuring up, mothers often overlook their own needs in the race to bridge the perceived gap, according to Anne: "A lot of mothers believe that a good mother is one who is self-sacrificing for her children. As women, we are often raised to put the needs of others before our own and never is this more evident than in motherhood.

"In moments where we feel we have lost all control over a situation, rage is loud, aggressive and empowering. It demands attention amidst chaos. But what lies beneath are actually more vulnerable, disempowering emotions which signify unmet needs. These needs might be for rest, or space for example but acknowledging them can make some mothers feel guilty or incapable, since we have long been sold the myth of being able to do it all.

"Sometimes it is easier to start a war than admit defeat. When we can accept that anger is nothing more than the advocate for those parts that feel vulnerable, we can approach them with less fear or criticism, stopping rage in its tracks. Accepting anger is not the same as acting on it."

Another significant contributing factor is a lack of support. "In the past year, what few supports were available to new mums have all since vanished as lockdown came into force. Without visits from relatives, friends, or professionals, without support groups and playdates, mothers are feeling more disconnected than ever, with even more responsibilities weighing on their shoulders.

"When we have no one to share our experiences with, when our partners life seems to go on as normal while ours has irrevocably changed, we may feel a sense of isolation and at times, resentment. Rather than exploring those feelings with compassion, we often label them as bad or wrong, pushing them further beneath the surface where the first sparks of rage gather and ignite."

So what can partners do to address this lack of support? Communication isn't always straightforward when someone is feeling this way, but working through that is key, says Anne: "When any individual feels completely overwhelmed, there is no space for clarity. This in turn affects how we communicate. Rather than waiting for your partner to verbally tell you what they need, watch out for less obvious cues such as body language, mood, or levels of engagement. It’s not just that asking for help is difficult, sometimes it can feel impossible." 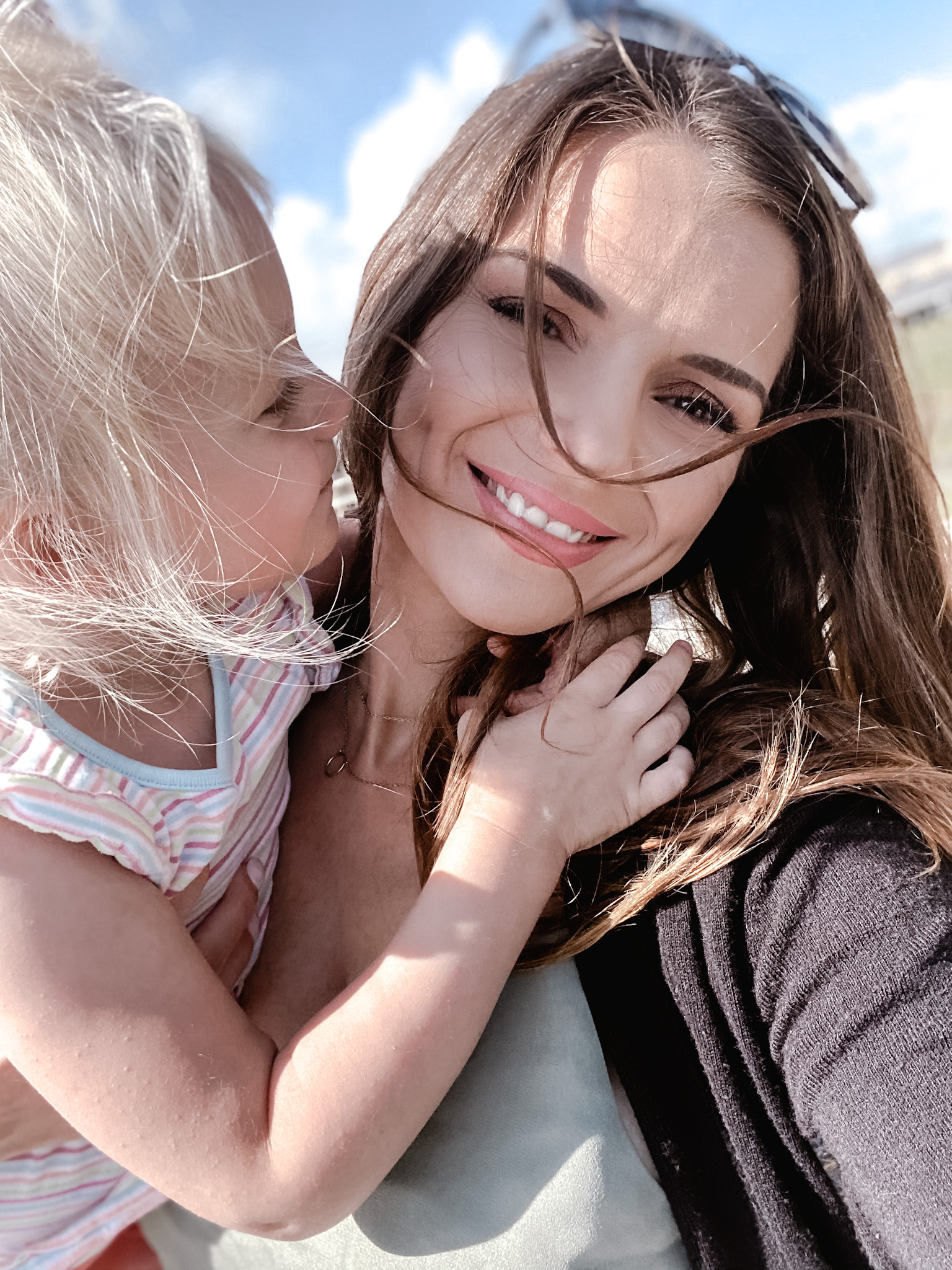 A more balanced approach to responsibilities is also key: "Create a ‘night-on, night-off’ routine for bedtime or overnight wakes, or get up and out with the kids early on the weekends and allow your partner to have a few additional hours rest.

"Chores are one of the most common frustrations I hear from my clients, so having someone who will proactively help around the house — without request — reduces the mental load significantly."

When rage starts to take over, there are a number of things we can do in the moment to stave if off, according to Anne: "A technique called box breathing only takes a couple of seconds and is a great way to stop the fight or flight response in its tracks, engaging the parasympathic nervous system which is responsible for calming the body. Make sure you are breathing into the belly and not the chest — this is key.

Another method involves physically holding yourself, as Anne explains: "When anger feels chaotic and out of control, it can be useful to do a simple body exercise which focuses on containing the emotions, helping your body feel safe and settled. Place your right hand just under and slightly below your left armpit where you feel the connection to your heart. Place the left hand over the upper part of the right arm, as if you were giving yourself a hug.

"Start to pay attention to your body — what are you feeling, and where? Breathe into it without trying to change it. Do you feel any settling, or any areas in the body that feel less tense? Bring your awareness there for a moment. Just allow yourself to feel supported and contained within, even if externally the chaos remains." 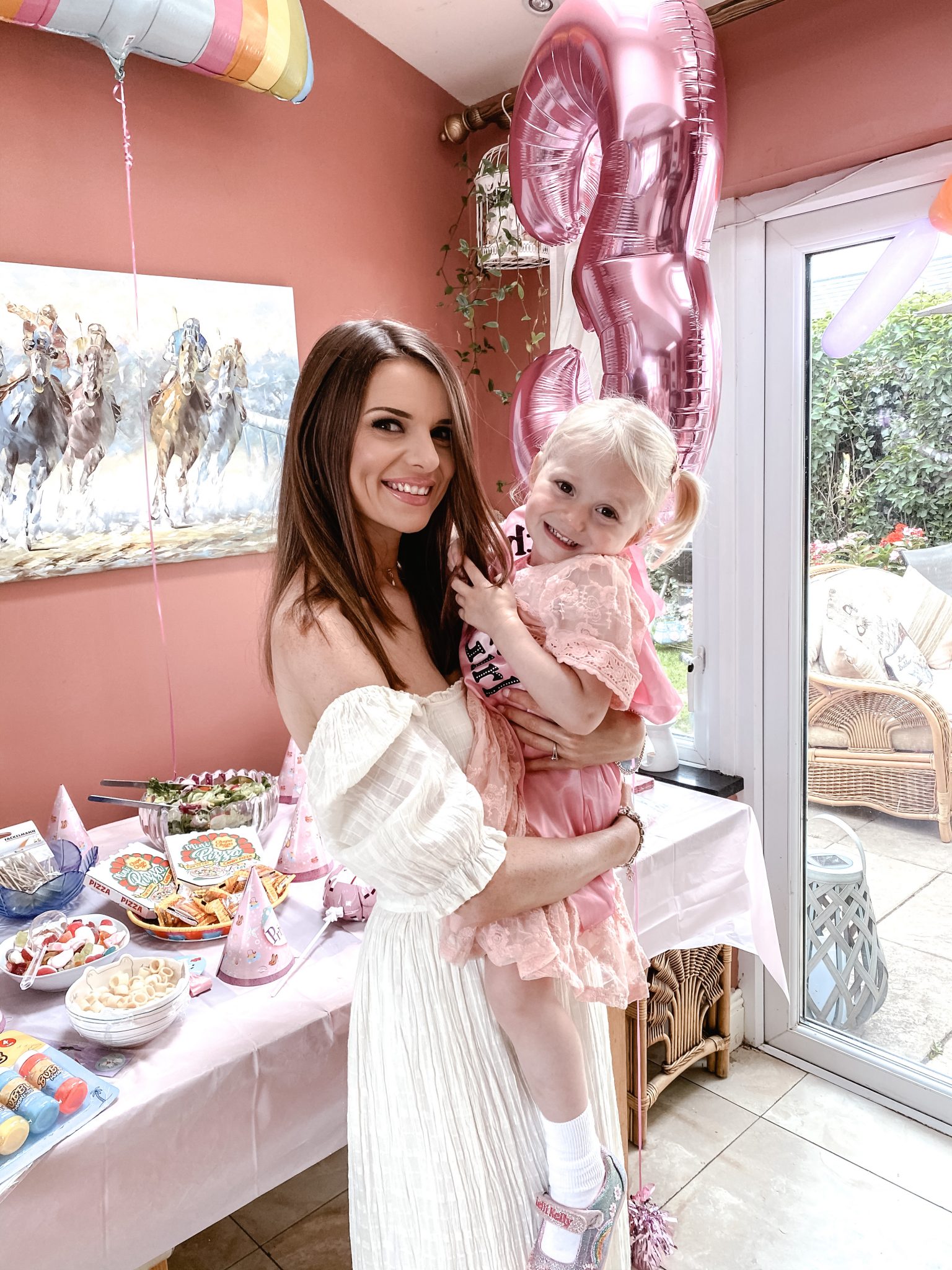 We're now armed with instant techniques to try, but is there anything we can do in the long term to combat rage? Anne explains how to create a lasting sense of calm: "Take note of triggers. I often suggest journaling to clients, but finding the time to write isn’t always easy. It can be as simple as using the notes app on your phone or recording a short voice clip. When we can reflect back on what our triggers were in each moment we felt anger rising, we can look at them from a place of curiosity rather than self-criticism or blame.

"Explore the origin of these triggers through the following reflective prompts: What were the messages you received in your childhood about how a girl or woman was supposed to be? What were the cultural or societal narratives you grew up with about family? How were emotions received or expressed? Who in your life (in person or on social media) reinforces these beliefs or expectations of what a good mother should be? How have these messages impacted your own experience as a mum and as a woman?"

Following Anne's advice here will help us get to the root of the problem which, as we've discovered, is often about expectation and pressure: "We unconsciously carry so many beliefs and expectations from our childhood into our present reality, so getting to the root of them is not always so clear cut. One way of recognising outside influence is to take note of the language of ‘should’s. Respond with the simple question, says who?' That alone can create a small but significant shift in perspective; a distance between the person you actually are and the person you have been conditioned to believe you should be. Only then can you start reducing the expectations bit by bit, as you recognise what serves you and what holds you back, not to mention what doesn’t even belong to you."

Anne, like every mother, is no stranger to feelings of rage when the pressure is seriously on. "In 2019, I was in the midst of a very painful transition which involved closing my business of a decade and dealing with the betrayal of a colleague and complete and utter depletion. I was completely burnt out, exhausted from lack of sleep, and couldn’t find a way of pulling my head above water. One night, as I wearily entered my then two-year-olds bedroom for the third time that night, I was completely consumed with rage. Why could she just not sleep? I shouted at the top of my voice: 'You are killing me!'. In that moment it felt safer to project that responsibility onto anyone other than myself.

"Her lip started to quiver and she began to roar. In that moment, I recognised that neither of us could communicate our needs, all we could do was let out a painful wail to express our fears. This wasn’t her fault, she was just as frightened as I was of all that she knew falling apart. I scooped her up and held her close, apologising for scaring her while admitting that I feel scared too sometimes. She cried, I cried and we held each other close. I didn’t know how much I needed connection until that moment."

According to Anne, these moments should not result in shame — they're about taking stock and acknowledging what's really happening. It's an important reminder that blaming ourselves will only further perpetuate the cycle. "In every mistake, we have a choice. We can choose compassion or we can choose shame. One acknowledges that we are human, the other one keeps us encaged in the illusion of the perfect mother. One offers the opportunity for learning and growth, the other keeps us on the rage roundabout. When everything feels out of control, you and only you have the power to stop it spinning."

Of course, an acknowledgement that these feelings are normal and common doesn't mean they're something we should allow ourselves to live with forever. We should feel no hesitation around asking for help to move past it. "If rage is something you experience so regularly that it becomes a house guest rather than a visitor, it could be beneficial for you to talk to a mental health professional.

"Often our beliefs around motherhood are so deeply ingrained, they can give rise to a lot of difficult memories or past experiences that are best explored with professional support."

Follow Anne here for more nuggets of calm and keep an eye out for the launch of sparkback.ie.


popular
A controversial new sex education programme for catholic primary schools is causing uproar
This mum can't understand why no one likes her 'teacher gift' idea
FM104 apologise for "making light" of voicemail from 4-year-old boy with additional needs
Michael Jackson's daughter Paris speaks out about the PTSD her upbringing caused
This 23-year-old is mother to 21 kids... and she wants MORE
"My sister-in-law stole my baby name and now she's mad I'm still using it"
Child dies in tragic paddling pool accident in Co. Roscommon
You may also like
2 weeks ago
How to help kids resolve rows by themselves
2 years ago
Parenting battles: How to handle conflict in front of children
5 years ago
What's Going On, Baby? Understanding Your Child's Emotions
5 years ago
How an 'electronics fast' could curb your child's aggression
5 years ago
Witnessing conflict: Is it ever a good thing to argue in front of children?
5 years ago
Understanding your conflict style: Do you fight, take flight or freeze?
Next Page