From pesticides on un-organically grown vegetables to phthalates in all the plastic we surround ourselves with, chemical exposure is pretty much unavoidable these days.

Many of these different exposures are now in larger and larger degree being linked to a multitude of health problems – some of which happen even before we are born, as certain chemicals and toxins have been linked to problems in the developing fetal brain.

Autism spectrum disorder affects one to two percent of all children born in Europe, North America and other developed regions, and understanding why some children develop autism and others do not has mystified experts for decades, but a new study says that baby teeth may provide some clues. Much research has been done in the field, there has been little study about how specific environmental factors can affect autism risk.

In a new study published in Nature Communications scientists shed light on some possible factors in autism risk, revealed in children's teeth: exposure to various metals, both toxic and nutritional, like lead and zinc and the changes in exposure at different stages in a child’s development.

"We think autism begins very early, most likely in the womb, and research suggests that our environment can increase a child's risk. But by the time children are diagnosed at age 3 or 4, it's hard to go back and know what the moms were exposed to," Cindy Lawler, Ph.D., head of the NIEHS Genes, Environment, and Health Branch, said in a statement released today. "With baby teeth, we can actually do that."

In the study, researchers from the Icahn School of Medicine at Mount Sinai used lasers to extract precise layers of dentine, the hard substance beneath tooth enamel, for metal analysis – to examine whether exposure to certain metals, identified in the matrix of baby teeth, showed an association with autism risk.

"What is needed is a window into our fetal life," Lawlor said. "Unlike genes, our environment is constantly changing, and our body's response to environmental stressors not only depends on just how much we were exposed to, but at what age we experienced that exposure."

The researchers looked at metals that are key nutrients such as zinc and manganese, as well as toxic metals like lead. 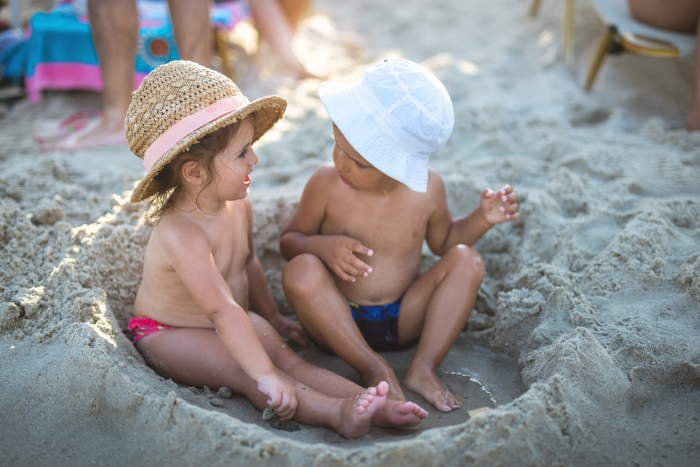 The researchers were able to show differences in six metals including lead, zinc, tin, chromium and manganese out of the ten metals studied and autism rates. Both lead and manganese, which were statistically significant in how they related to autism risk.

The greatest difference was observed at 15 weeks after the twins were born: lead levels were 1.5 times higher in children with autism spectrum disorder than in their co-twins.

According to ABC News, previous studies have shown mixed results about autism and exposures to metals, especially lead, but many are limited by the range of other factors, including genetics, that could influence the disorder. By studying twins, researchers hoped to eliminate genetics as a factor and isolate metal exposures from the environment.

popular
Investigation into the discovery of a body of a male, Drumcondra, Dublin
Planning your next getaway? Here are 6 fun family activities to try this summer
This mum's post about dying to send her kids back to school is too funny
Tasha's dad responds to Jacques' Instagram video
Actor Anne Heche rushed to hospital after car crash
Musings: I think 'Lawnmower' parenting is damaging for children
Lauren Goodger assaulted and taken to hospital after daughter's funeral
You may also like
1 week ago
How to: Tell your boss that you are pregnant
1 week ago
I stole my friend's baby's name and now she won't talk to me. Am I wrong?
1 week ago
Mum criticises her daughter for wanting an epidural
2 weeks ago
This woman's fear of vomiting is preventing her from starting a family
3 weeks ago
I love my kids more than anything but I hated how I felt during pregnancy
3 weeks ago
This resturants 'Maternity Salad' claims to help overdue mums go into labour
Next Page