Experts are warning that there is an epidemic happening in Western countries when it comes to childhood obesity.

A few years ago, in a bid to combat the problem, the Food Standards Agency (FSA)  went out and recommended that parents serve up skimmed milk to their toddlers and children instead of the full-fat version.

However, research has now shown that this might have been counter-productive, as a recent Canadian study on 2,700 children found those given full-fat versions ended up with a significantly lower body mass index than those given semi-skimmed varieties.

As well as being slimmer, the children who took part in the study, which was published in the American Journal of Clinical Nutrition, were also found to have higher levels of vitamin D, which protects the bones and immune system. 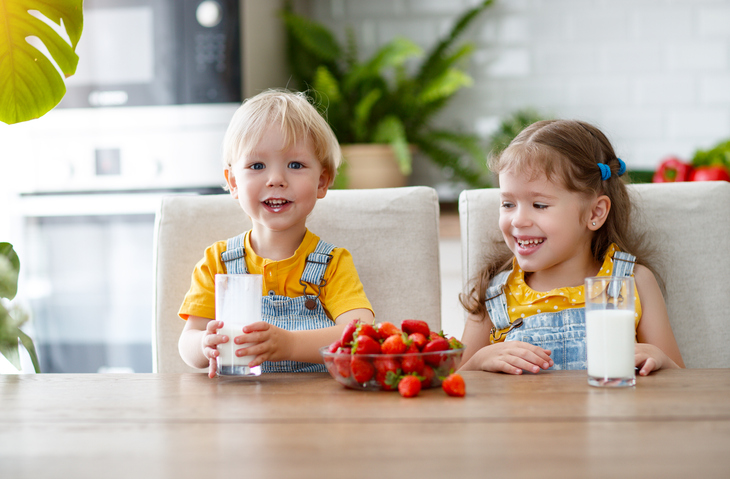 This is what lead researcher, Dr Jonathon Maguire, a paediatrician at St Michael's Hospital in Toronto, had to say about his team's findings:

In fact, children who drank one cup of whole milk each day had comparable vitamin D levels to those drinking nearly three times as much skimmed milk, the study found. Vitamin D, of course, it a fat soluble vitamin, so this wasn't overly surprising, according to the researchers.

"It's a double negative with low-fat milk," says Maguire.


popular
#Covid-19: Travel permitted anywhere in county, groups of six allowed to meet indoors from Monday
'There will be tears': Kate Garraway says husband could be in a coma for a year due to #Covid-19
11 little things that mean the absolute world to your kids
Kids still got a pesky case of lice with school out? Here's how to fix it
#Covid-19: International travel to return for countries where curve has been flattened
Totally tropical baby names inspired by Hawaii
Energia and GIY are giving away free grow boxes so you can start a vegetable patch with your kids
You may also like
2 days ago
An amazing thing happens to a mother's brain when she gives birth
1 week ago
Research says the more you love your kids, the bigger their brains grow
1 week ago
Parents spending too much time on their phones is a bigger problem than screen-obsessed kids
1 week ago
Baby boys are more vulnerable to stress than baby girls, but here is how you can help
2 weeks ago
'Really happy' parents have four or more children, study finds
2 weeks ago
Research says that picking up your crying baby has a positive effect later in life
Next Page