Children who get more hugs have bigger brains, a study has found

I am forever hugging and kissing my children.

And luckily, they are still at an age where they let me – even at the school gate!

Because – guess what – I am actually doing them a favour.

A survey of 125 full-term and premature newborns at Nationwide Children's Hospital in Columbus, Ohio, found that early, gentle displays of affection from parents and caregivers have lasting effects on how baby brains react to gentle touch. Yes, that's right – hugs (and kind touch in general) will literally make your baby and child's brain grow.

Researchers used a soft EEG net stretched over the babies' heads to measure brain responses. The little ones were touched with a gentle puff of air just before they were sent home from the hospital. The full-term babies experienced a stronger brain response than their premature peers, and, of the premature babies, those who'd had to endure painful medical procedures shortly after birth had the weakest brain reactions.

Hugs, as it turns out, are so powerful, they can ever counteract negative experiences.
Advertisement

The researchers in the US study were surprised to find that a preemie's perception of touch can be affected by early medical procedures (as they often receive pain medications). But the good news is that hugs can help counteract the negative experiences. 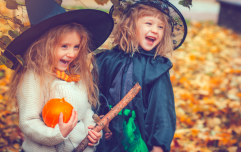 Sugar rush: 8 tips to read before kicking off the Halloween-at-home celebrations

END_OF_DOCUMENT_TOKEN_TO_BE_REPLACED

In fact, the survey found the more supportive touch a premature baby received from their parents or hospital staff, the stronger their brain responses were.

Dr. Nathalie Maitre, one of the study authors, said the survey indicates skin-to-skin care is absolutely vital for babies.

"When parents cannot do this, hospitals may want to consider occupational and physical therapists to provide a carefully planned touch experience, sometimes missing from a hospital setting," Maitre tells Science Daily.

So hugs are not only good for us (did you know that apparently we need 12 hugs a day to stay healthy?), they are vital for babies, and will literally make their brain grown bigger.


popular
4-month-old baby killed during police shoot out
CUMH allow partners to attend 20 week scan and post-delivery
Here is how you can 'shop by appointment' at Penneys next week
These 5 Foods Could Increase Your Chances of Having Twins
This plant-based cleaning range will make a huge difference to your home hygiene
REALLY easy brunch recipes: mini egg cakes you can make with your kids
This baby casually eating noodles puts our chopstick skills to shame
You may also like
3 days ago
Here is why we should be hugging our kids when they are being bold
4 days ago
Mum confession: I lie down with my children until they fall asleep - every night
4 days ago
Study reveals dads get more me time – and in other news; water is still wet
4 days ago
5 totally lazy games to play with your kids when you're tired (or a little hungover)
5 days ago
Mum confession: 7 things I wish I had done more of when my children were babies
6 days ago
Spanking actually alters a child's brain in the same way more severe abuse does
Next Page