Children's health: Here is why you should never microwave sippy cups and bottles

A lot of column inches lately are being devoted to just how harmful plastic is to our planet and environment, but did you know it's also not great news for our collective health?

The problem? We are surrounded by plastic 24/7. In fact, plastic is so omnipresent it is hard to avoid it even when you're actively trying to.

And now experts are warning us about a specific danger surrounding plastic, one we are most likely all guilty of, and that can be particularly dangerous to babies and young children.

According to a new report from the American Academy of Pediatrics (AAP) published in the August edition of is Pediatrics, experts are now calling for stricter regulations food safety, and something that's particularly catching the attention of parents: Heating plastics (including bottles) in the microwave or running them through a dishwasher increases the chance of leaking dangerous chemicals, according to the AAP.

Scientists looked at several studies and determined that "chemicals found in food colourings, preservatives, and packaging materials may harm children's health." The report listed the dangers of certain substances, like bisphenols, phthalates, and nitrates — indirect additives that are often found in foods' processing and packaging — that can be especially hazardous to infants and kids.

"We're especially concerned about significant gaps in data about the health effects of many of these chemicals on infants and children." 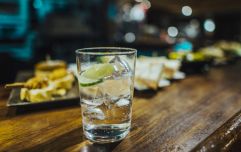 END_OF_DOCUMENT_TOKEN_TO_BE_REPLACED

One thing we should all be avoiding? Heating anything made out of plastic in the microwave, or putting it in the dishwasher.

"Since heat can cause plastics to leak BPA and phthalates into food, avoid microwaving food or beverages (including infant formula and pumped human milk) in plastic when possible," said the report. "Also try to avoid putting plastics in the dishwasher."

In order to keep kids (and ourselves) safe from the nasty chemicals that lurk in most plastic (including the disposable water bottles we all sip from when out and about, and children's lunchboxes, sippy cups etc.), the AAP recommends the following:


popular
#MomLife: 7 things I wish I done more of when my children were babies
Staycation: 10 bargain buys to turn your back garden into a chic hotel patio
Totally tropical baby names inspired by Hawaii
Raising boys: The beautiful words every boy mum needs to read
Apparently, women feel 'phantom' baby kicks even years after pregnancy
7 Things To Buy The Newborn That Has Everything
4 ways to fix hard slime with ingredients you probably already have at home
You may also like
15 hours ago
Temperatures to reach 27 degrees today, but the good weather won't last for long
17 hours ago
Body found in search for missing five-year-old boy in Co. Mayo
2 days ago
Gardaí appeals to parents not to leave children in their car while doing the shopping
2 days ago
Majority of Irish parents admit they don't know how to keep their children safe online
4 days ago
Coronavirus: Mothers returning from work now qualify for wage subsidy scheme
5 days ago
Women and girls struggling with access to period products during #Covid-19, research shows
Next Page