Love an ice cold glass of something fizzy the end of a long day?

According to a new study by the World Health Organisation (WHO), people who regularly drink sugar-sweetened and articifically-sweetened fizzy drinks are at risk of an early death.

Yep, it's true. Over-consumption of fizzy drinks can reduce a person’s life expectancy by a 'significant amount' says the WHO, confirming what many had suspected already.

As part of the 16-year study, which was published in the JAMA Internal Medicine journal, researchers at the WHO surveyed over 450,000 people in ten countries trying to determine if there was any link between the consumption of fizzy drinks and mortality. If you are a lover of these types of drinks, these results will no doubt alarm you.

Because sure, we have know for years how bad sugar is for our health, but as this new study proves, consuming artifical sweetners, which diet fizzy drinks are filled with, is just as bad – if not worse. 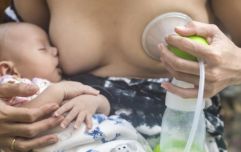 END_OF_DOCUMENT_TOKEN_TO_BE_REPLACED

"Water is the safest thing. Tea and coffee are OK. But minimise or completely eliminate processed beverages.”

In fact, according to the study, consuming two or more glasses of fizzy drinks a day can reduce a person’s life expectancy by eight percent.

And, if you think you are doing the right thing by opting for diet drinks instead, you could not be more wrong – the risk of early death is 26 percent higher for people who consume drinks sweetened with artificial sweeteners.

"We found that higher soft drink intake was associated with a greater risk of death from any cause regardless of whether sugar-sweetened or artificially sweetened drinks were consumed," said study senior author Neil Murphy. He's a scientist with the International Agency for Research on Cancer in Lyon, France.

"Our results for sugar-sweetened soft drinks provide further support to limit consumption and to replace them with healthier beverages, preferably water," Murphy said.


popular
Two schools in Scotland have been forced to close due to COVID-19 outbreaks
Chrissy Teigen shows off baby bump for the first time and she is glowing
The Mrs Hinch approved hack that'll help you get rid of flies in your house
Irish school buses are set to operate at full capacity with no distancing rules
Mums Abroad: 10 Differences in Raising Baby in Canada
The common nappy mistake many of us make that could actually end up costing you a fortune
Can you pronouce these 7 'unique' baby names? They're trickier than you think

You may also like
1 week ago
These astonishing brain scans of toddlers show the impact love has on us
1 week ago
11 little habits to start now that will slowly change your life for the better
1 week ago
Eat your greens: 10 dishes with hidden veggies your kids will actually eat
1 week ago
Staying safe: 5 critical safety rules your child should know before starting big school
1 week ago
Time for bed: A strict bedtime routine can protect kids from becoming overweight
1 week ago
Babies under six months should not have any water at all – one single sip could be harmful
Next Page