Being given out to in class seriously harms children's self confidence

We all know that praise and words of encouragement are important to children, to all of us, really, and now a new study has proven just how much this matters.

In a major ESRI study, researchers wanted to look at the experiences of thousands of young people who have made the transition from primary to secondary school. And what they found, maybe unsurprisingly, was that children and young adults who receive frequent praise or positive feedback from their teachers tend to settle into secondary school much better.

On the contrary, school children who do not get this positive reinforcement and are frequently given out to, are much more likely to feel bad about themselves and lose self-confidence in their ability to do schoolwork.

The vast study, named 'Off to a Good Start' saw researchers conduct interviews with more than 7,400 schoolchildren, first at age nine, and then a follow-up interview when the children were aged 13. As well as the children, their parents and teachers also took part in the study, with parents being interviewed and teachers (and principals) asked to fill out questionnaires.

There were many interesting findings, one major one being how negative sanctions, the report states, can create an unhappy school environment which impact children's mental health and self confidence in a negative way. 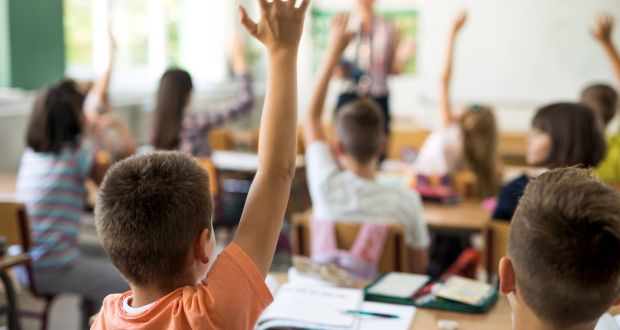 The transition from primary level education to secondary level can be stressful for children, the report also showed, with as many as one fifth of students admitting they felt anxious about making new friends and miss their pals from primary school. Girls are finding the transition slightly harder than boys, and overall, children from disadvantaged backgrounds are more likely to face difficulties when moving from primary to secondary school. 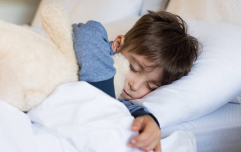 END_OF_DOCUMENT_TOKEN_TO_BE_REPLACED

Both boys and girls state that they feel less confident about their own academic abilities in secondary school than they did in primary school, but central to how well this transition goes is how well the children's experience with primary school had been.

Importantly, the report also stated that children who have more friends and good communications with their parents tend to find the move from primary school to secondary school less difficult.

One of the main problems, according to the study authors, is that negative feelings about school or certain teachers or subjects tend to linger, meaning that the children who at nine felt they had a negative experience with school were also far more likely to feel the same way at 13.


popular
The 30 baby names that are going to be super popular in 10 years time
10 beautiful baby girl names none of your friends will have thought of first
Christmas FM returns tomorrow, July 9 - for one day only
Mothers outside the Dáil once again to demand maternity leave extension
Flower power: 11 cute baby names perfect for your summer baby
14 super sweet and short Icelandic names perfect for baby girls
Kristen Bell reveals the potty training hack that finally helped get her daughter out of nappies
You may also like
1 week ago
A study has found that dads are happier taking care of children than mums
3 weeks ago
Having a sister can actually make you a happier person, says study
1 month ago
The average child in Ireland will produce more than 2,000 pieces of artwork
1 month ago
An amazing thing happens to a mother's brain when she gives birth
1 month ago
Research says the more you love your kids, the bigger their brains grow
1 month ago
Parents spending too much time on their phones is a bigger problem than screen-obsessed kids
Next Page