Having grown up with an 18 month younger sister, I know that feeling of pretty much having a built-in best friend around at all times.

And that is not to say that my sister and I didn't fight, because, trust me, we did. In fact, my mum frequently retells stories of road-trips where she spent most of her time wedged in between the front- and backseats if the car, somehow trying to physically hold us apart from each other – as, you know, there was a lot of the aul' "SHE HIT ME" or "SHE BREATHED ON ME" going on.

As I well imagine is the case in most families.

However, when we weren't fighting, we were best friends and each other's fiercest protectors.

So, yeah, sisters are great. And not just in the sense that you have someone to borrow shoes from or someone to call when your boyfriend dumps you and you just need someone who will say all the things you need to hear ("OF COURSE you are way too good for him!")

No, researchers have now found proof that having a sister literally will make you a better person too. 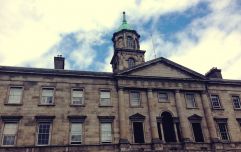 END_OF_DOCUMENT_TOKEN_TO_BE_REPLACED

According to a study conducted at Brigham Young University, researchers there found that having sisters boosts both your mental health and self-esteem and that people with sisters find themselves striving to protect them from “feeling lonely, unloved, guilty, self-conscious and fearful.”And obviously, working so hard to protect someone from those kinds of feelings makes you a more nurturing, empathetic person.

“What we know suggests that sisters play a role in promoting positive mental health,” Brigham Young University assistant professor Alex Jensen, who wrote several studies on sibling relationships, told the Huffington Post. “Later in life, they often do more to keep families in contact with one another after the parents pass.”

And wait; there is more. The study also showed something else that everyone with sisters already knows, but it’s still nice to have science back it up: All those conflicts with your sister made you better at communication and conflict resolution.

“They help you develop social skills, like communication, compromise and negotiation,” Jensen explained. “Even sibling conflict, if it is minor, can promote healthy development. Even if there is a little bit of fighting, as long as they have affection, the positive will win out. If siblings get in a fight, they have to regulate emotions. That’s an important skill to learn for later in life.”

Interestingly, when it came to core family values like promoting loving, nurturing, altruistic relationships, the researchers also discovered that apparently, the sister-sister relationship enhanced those values even more than loving parent relationships.

And fear not – it's not like boys are missing out either. Such is the greatness of girls that boys who grow up with one (or more) sisters, turn out to be better at both communicating and relating to women.