'I feel sexier' - No 'Dad Bod' for fitness fan Hector

“Going to the gym is the new going out,” according to human dynamo and dad-of-two Hector Ó hEochágain.

The broadcaster, who has just opened his first gym in Galway, tells Fiona McGarry he’s passionate about sharing the feel-good benefits of physical fitness and passing them on to his young sons.

You have bags of energy, Hector, but you also have a really busy lifestyle. How often do you get the gym?

“Definitely three days a week and it’s around two hours per day when I get in. If I can squeeze a Sunday in, I’ll do four days. If I know the kids are away for the night, I’ll try to sneak to the gym on a Sunday morning. That’s how sad I’m getting. I’ve the gear in the boot of the car all the time, but after a few years, you get like that. I don’t do five days or seven though because I like the body to recover.

How important to you is it to be a fitness role model for your kids?

“My kids are 10 and 11 now and they’re playing football and Gaelic. I’m training a soccer team at under-11 and an under-10 Gaelic team. It’s all rolled into one. If they see daddy going to the gym, they’ll take an interest in fitness. If they see mammy and daddy exercising, that’s important. They’ll follow in their parents’ footsteps. One of the young lads wants a pull up bar in his bedroom and he’s 10 years of age, so it’s all good.”

We’re hearing a lot about the obesity issue and how it’s affecting kids. Do families need to be taking more exercise, overall?

“I think we tend to read a bit too much about obesity in this country, about the bad diets and sugar, and that the Irish are the worst in Europe. I actually think we’re among the fittest in Europe. I know there are problems, but it’s not as bad as the papers make it out to be. Parents are doing their best. I know when I go to train in Cregmore on a Saturday morning, there’s a huge number of kids and I’m in a country area. Gaelic football and hurling have never been as popular. There’s karate and kung fu and swimming and horse-riding.

You’re aiming to do things a bit differently at The Body Works, how?

“What we wanted to do is take away the intimidating aspect – it’s not a place where you have a cavernous gym with body builders and machines that you’re afraid to use. There’s no mirrors here, no bodybuilders. It’s all classes, whether that’s Zumba, Pilates, kettlebells, spinning, TRX. 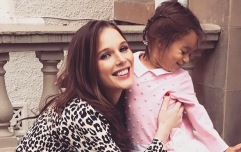 END_OF_DOCUMENT_TOKEN_TO_BE_REPLACED

You’re also keeping up with new fitness trends, what else is planned?

“We’re looking at doing spin-yoga. That’s really big in New York at the moment, where you spin for 20 minutes and do 25 minutes of yoga. Your body’s warmed up and you can do a lot more stretches then. We’re going to have triathlon [preparation] weekends, nutrition weekend and evenings with some well-known sports stars. I also want to do an all-female spinning class. A lot of people are daunted by spinning but it’s becoming really popular again in America. I want to have a really good female instructor and a female beginner’s class. And they get to choose the music.

How do you sum up the buzz you get from exercise?

“I guarantee the serotonin that creates that feel-good feeling, it can’t be bottled. You’ll sleep better too. When your body’s tired, your brain relaxes. You’ll feel stronger and fitter and, as I said to Brendan O’Connor [on the Saturday Night Show], of course I feel sexier. You’ll feel fitter, you’ll feel more confident – that’s what fitness does and that’s what we’re trying to provide.”

You’re full of energy Hector, but what’s your advice to the reluctant gym bunnies amongst us?

“Always remember that the expert was once a beginner. When you go to the gym and see those super cool, super fit people, the fit girls and the fit fellas who look great, remember that they didn’t always look like that. If you don’t start, you’re never going to get there. It doesn’t happen overnight. The strengthening and toning comes with a bit of work, but the feeling good comes very quickly.

What kind of time should someone be putting into fitness?

“Ideally, you should be doing two to three classes per week. If you can do three classes a week, that’s you done, you don’t need to be worrying about the weekend. People sometimes think they have to find two hours to get to the gym, but that’s not true. A 45-minutes intense workout class will do it.”

popular
Paralympian Ellie Simmonds targeted by online abuse after Strictly performance
Budget 2023: Parents will not have to pay for primary school books from next year
Childcare fees to be reduced by up to €170 per month
Parents told to prepare for two-year-long creche waiting lists
Coronation Street star Lucy Fallon pregnant after miscarriage heartache
Breaking is the haunting novel parents need to read this October
Expert says Cocomelon acts "as a drug" to kids' brains
You may also like
1 week ago
Gigi Hadid's dad addresses those Leonardo DiCaprio dating rumours
3 weeks ago
Leonardo DiCaprio and Camila Morrone have broken up
1 month ago
Vogue Williams faces backlash after admitting she only wears clothes once
1 month ago
Gilmore Girls star Alexis Bledel splits from husband of 8 years
1 month ago
Mrs Hinch opens up about being Stacey Solomon's bridesmaid
2 months ago
Victoria Beckham reveals why she is 'terrified' of Harper using social media
Next Page