Last night NPHET suggested children aged nine and over should now wear face-coverings in shops, on public transport – and in school.

Tony Holohan and his team apparently believe that Covid cases would decrease if this age group started wearing face-coverings.

However – child development experts are now warning that masked-up kids may struggle to translate facial clues and body language – meaning not only will their learning suffer, so will their social interactions and bond with peers and teachers.

To assess whether children can accurately interpret a masked person’s emotions, researchers from the University of Wisconsin-Madison’s Child Emotion Lab recently showed children ages seven to 13 pictures of people displaying different emotions. Some faces had no coverings, some wore sunglasses, and others wore face masks. The children had to guess one of six emotion labels: happy, sad, angry, surprised, afraid, or disgusted.

“The main takeaway is that kids were more accurate at guessing the person’s emotions when they weren’t wearing any kind of face covering," explains Ashley L. Ruba, a postdoctoral researcher who authored the study.

"And they were less accurate when the person was wearing a face mask or sunglasses."

Speaking to National Geographic, body language expert and retired FBI agent, Joe Navarro, explains that as masks do indeed present a challenge for children when it comes to social and communication development, they will have to rely more on reading – and using – body language to communicate. 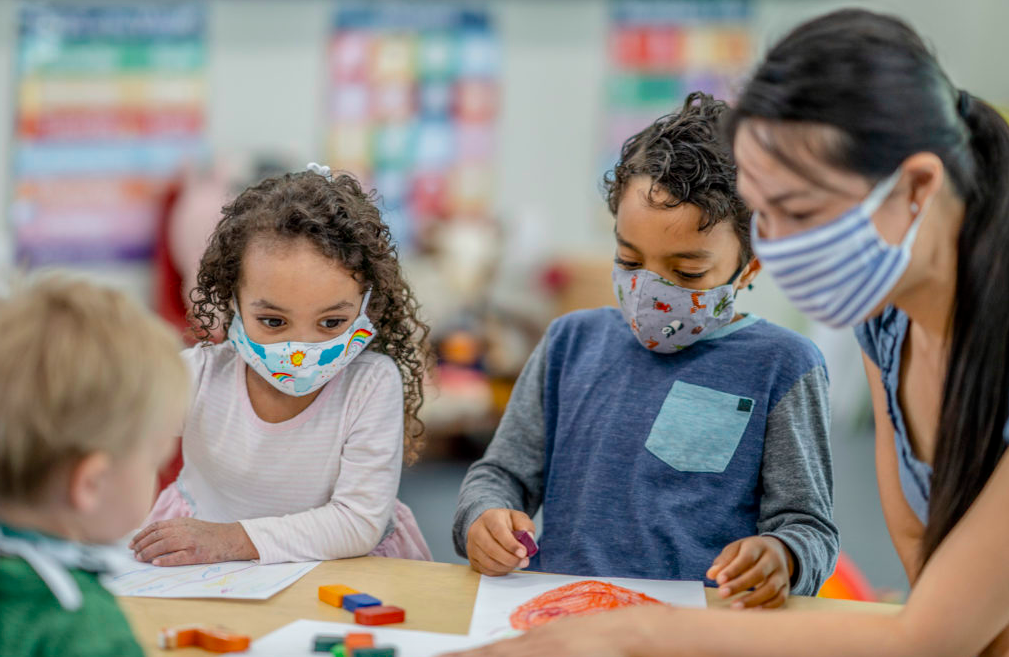 Skills like reading body language, observing hand gestures, and articulating emotions with words can help kids understand better what others are expressing when we are all covered up by masks.

"But you just have to look at what the rest of the body is saying.” 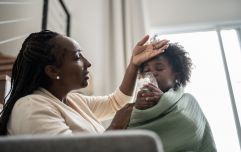 END_OF_DOCUMENT_TOKEN_TO_BE_REPLACED

“People put so much emphasis on the face when the whole body is transmitting information.”

Navarro says parents can try teaching their children about body language cues while watching a TV show (with the sound off) or reading a picture book.

"You can even create a game in which your child tries to identify what a character might be feeling."

Here are some examples of body language from Navarro – and how we can learn to read what other people are saying without words:

Feet: If a kid’s friend hears good news, she’ll get happy feet and start dancing around. And if a pal no longer wants to sit and eat at the cafeteria table, he’ll squirm and orient his feet toward the door. If they’re impatient, they’ll tap their feet. 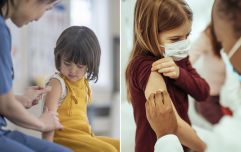 END_OF_DOCUMENT_TOKEN_TO_BE_REPLACED

Another lower-body cue: Crossed legs mean people are comfortable around each other. “You don’t see two mad people with legs crossed, because the brain doesn’t allow you to be off-balance when you’re being threatened,” Navarro says.

Hand signals: “When children are excited about something, their fingers spread wide,” Navarro says. “But the minute they're concerned about something, they make little fists.” Kids can also watch for another child’s hands on the hips, meaning he’s attentive and listening. If her arms are crossed, it means she’s uncomfortable, shy, or insecure.

Shoulders: Kids are probably familiar with the shoulder shrug, which usually indicates “I don’t know.” But according to Navarro, when one shoulder is slightly raised, that means the person hasn’t really made up her mind yet.

Neck: Children cover their suprasternal notch (the dimple around the neck area) when they’re worried, concerned, dubious, or fearful. This reaction likely evolved from historic encounters with man-eating predators that targeted necks when making a kill.

Nose: People wrinkle their noses when they don’t like something.

Eyes: “When we squint, we’re either focusing or we’re bothered by something,” Navarro says. “And if the person closes their eyes for more than a few seconds or use their hands to cover their eyes, that’s ‘eye blocking behaviour’ that we might do when we hear bad news.”

Forehead: If a kid sees someone furrowing their glabella—the area of the forehead between the eyebrows—they’re likely upset. “We do it when something is bothering us and when we don’t understand something,” Navarro says.

Gravity-defying behaviour: “We only defy gravity when we care,” Navarro says. So when someone who cares about your child sees them, that friend or teacher might “defy gravity” by arching their eyebrows, raising their hand really high, or waving.


popular
State fails in appeal to jail man for assaulting his four-month-old daughter
Parents of UK teen kidnapped & left paralysed by boyfriend furious at "lenient" sentence
Expert says Cocomelon acts "as a drug" to kids' brains
Jason Momoa says he's "so proud" of stepdaughter Zoë Kravitz after Lisa Bonet split
Crystal Swing's Dervla calls for more supports for children with autism
Oliver Sears opens up about how his family survived during the Holocaust
No definitive plans to lift remaining maternity restrictions in Irish hospitals
You may also like
52 minutes ago
2-year-old saves family from fire after parents lose sense of smell from Covid
3 days ago
Outrage after letter shows Boris Johnson praising little girl for cancelling birthday party
4 days ago
Dr. Tony Holohan issues warning to parents as Covid restrictions are lifted
1 week ago
Restrictions will be eased sooner than expected, Taoiseach confirms
1 week ago
Boris Johnson and wife Carrie's newborn daughter hit "quite badly" with Covid-19
1 week ago
€1,000 bonus will be given to healthcare staff who worked in Covid exposed environments
Next Page