I sometimes feel like when it comes to potty training, it went so smoothly with my own two children that it almost feels like it was a non-event.

Which I know is almost too good to be true, and it makes me fear that if I was to have anohter baby, the laws of the universe will probably work it so that I will finally see the suffering it is for so many otehr parents. And then some.

At around the age of two (slightly later, maybe more like 2,5 with my little boy), both my children, who were in part-time childcare as I freelanced and desperately tried to meet deadlines, just sort of decided one day that they were done with nappies and wanted "big girl/boy pants." And that was that.

And when I say that was that – it actually was. No accidents, no drama, no nothing – not even really a potty, as they both sort of seemed to prefer going on the actual toilet – which was fine by me, as the idea of the whole emptying the potty thing always slightly grossed me out, to be honest.

When (and how easily) children potty train varies hugely – and I think, as parents, we often stress ourselves out by reading or hearing about just how early everyone elses children transitioned from nappies to potty. 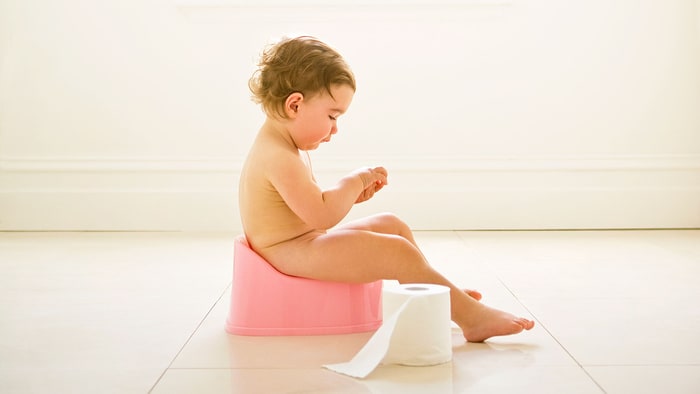 There are many reason why parents stress over getting going with potty training. Nappies are terrible for the environment. They cost a fortune. Or worse: Some Montessori schools might only take them when they are fully potty trained.

However; now an expert has weighed in and warns that potty training before the age of three might actually be a mistake.

Here is what Steve J. Hodges, a pediatric urologist who specializes in toileting problems, had to tell Babble recently: 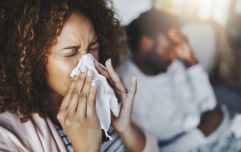 END_OF_DOCUMENT_TOKEN_TO_BE_REPLACED

"Children under age 3 should not manage their own toileting habits any more than they should manage their college funds."

Hodges then also goes on to say that preschools that require 3-year-olds to be potty trained are actually harming kids, and that infant toilet training is "just plain nuts."

The medical expert argues that this is not to say that young children cannot be potty trained if you want them to – but that knowing "how to poop on the potty is not the same as responding to your body’s urges in a judicious manner."

Learning to 'hold it in' can be harmful to young children

What can happen, Hodges explains, are long-term issues, where they even years later start experiencing pee and poop accidents, urinary tract infections (UTIs), urinary frequency, and/or bedwetting. Most of which, apparently, are related to chronically holding pee or poop or both.

"Children – and I mean all children – don’t like to interrupt their lives to use the bathroom. Once kids learn to put off peeing and pooping, essentially the definition of toilet training, they tend to do so often and for as long as they can. This is a dicey habit. Each time you squeeze your sphincter to prevent the release of pee, you create resistance in your bladder."

This then becomes a problem when you realize that the bladder's sensation mechanism gets affected and can go awry. 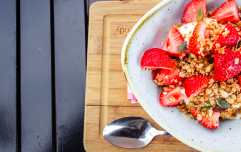 Healthy eating: 10 natural immunity booster we should all be adding to our diets

END_OF_DOCUMENT_TOKEN_TO_BE_REPLACED

"When a child habitually delays peeing, over months and years, his bladder wall becomes more muscular and eventually the bladder can get so strong and irritable that it empties without any input from the child."

Much the same happens when a young child learns to delay pooping, he explains.

"There’s only so much room in the pelvis, so the bladder gets squeezed out of the way and can’t hold as much urine. What’s more, the nerves controlling the bladder, which run between the bladder and the intestines, can get irritated when the intestines are enlarged, causing unexpected and unwanted bladder contractions – in other words, mad dashes to the toilet and accidents."

Two-year-olds, Hodges argues, are not mature enough to understand the importance of eliminating as soon as they feel the urge, and will teach themselves to hold on. As well as this, the human bladder actually needs about three or four years to grow and develop, and uninhibited voiding facilitates maximum growth.

How old were YOUR children when they were potty trained, mamas? Did YOU feel like you were made potty train them before they were ready? Let us know in the comments or tweet us at @Herfamilydotie


popular
#MomLife: 7 things I wish I done more of when my children were babies
Staycation: 10 bargain buys to turn your back garden into a chic hotel patio
YouTube star faces online backlash after admitting she 'rehomed' her adopted autistic son
Simple parenting trick to help heat up paddling pool water with just bin-liners
Hair SOS: 3 seriously amazing hair products saving my lockdown locks
These 5 Foods Could Increase Your Chances of Having Twins
Holiday at home: The outdoor toy that'll keep your toddler occupied all summer long
You may also like
1 day ago
New research finds children should be sleeping in a cot until age three
1 day ago
New study shows ANY amount of breastfeeding for two months cuts SIDS risk in HALF
1 week ago
Experts warn lockdown has caused a ‘shock’ to children that will last the rest of their lives
2 weeks ago
Summer safety: Here is why you should NEVER drape a blanket over your child's stroller
3 weeks ago
Struggling to keep up with your kids' constant requests for snacks? The ONE tip that helped me
3 weeks ago
Outdoor play: Why experts say there are life-long health benefits to letting your kids get dirty
Next Page