Ireland has one of the highest teen suicide rates in Europe but still, mental health is treated as a second thought in most regards.

Sandra Kelleher knows just how important the need for mental health education is and how few avenues young people have when it comes to accessing it.

Recently I met with Sandra in one of the counselling rooms of her charity Shannon's Hopeline. The room was decorated with positive quotes, soft cushions and photographs of Sandra's daughter Shannon.

Sandra lost her teenage daughter Shannon to suicide in 2012.

After tragically losing Shannon, Sandra began to research mental health statistics in Ireland and was shocked at the results.

"I began about a month, two months later, searching because I actually thought that Shannon was the youngest to die by suicide because I had never heard of anyone else dying so young. So I began researching and I found we (Ireland) had the second highest rate in 2012 of any EU country. I couldn't believe it. I was in shock."

Sandra was speared on by this information to investigate what supports are available to young people in Ireland suffering from depression and other mental health issues and found that they were few and far between.

"I saw a lack of support out there for young people. I felt like I needed to help so that's when I had the idea for Shannon's Hopeline." 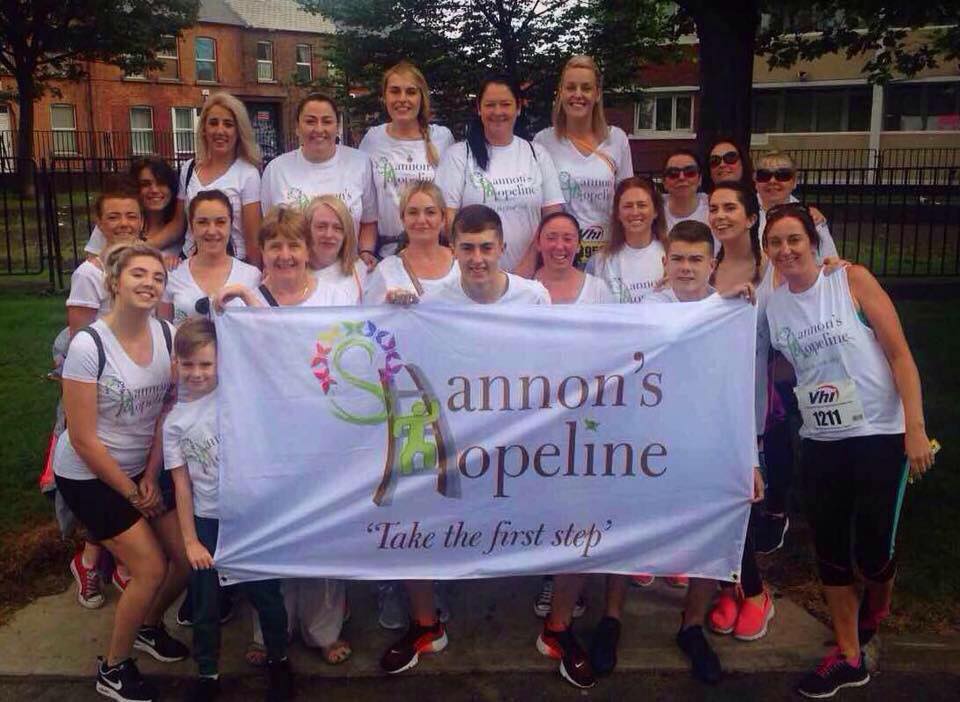 "We provide a low-cost counselling service for children dealing with anxiety, bullying, low self-esteem, dealing with their sexuality, anything that might lead to suicidal thoughts. Our aim in to catch them before they get to the suicidal stage.

We also like to go around to youth clubs and schools to educate young people on their mental health. Everyone gets educated on their physical health but nothing to do with mental health and it's the number one important thing to be looked after."

Some schools have started to get onboard with mental health classes but not all of them and you have to wonder why. School children across the country deal with stress due to bullying, low self-esteem and exam pressures, so why isn't this taken into consideration.

Having dealt with depression during my school years I know too well how easy it is to feel like there's no way out of those feelings but I didn't even know how to begin broaching the subject with anyone I knew.

"We do a lot of workshops and a lot of young kids don't know what mental health is. " 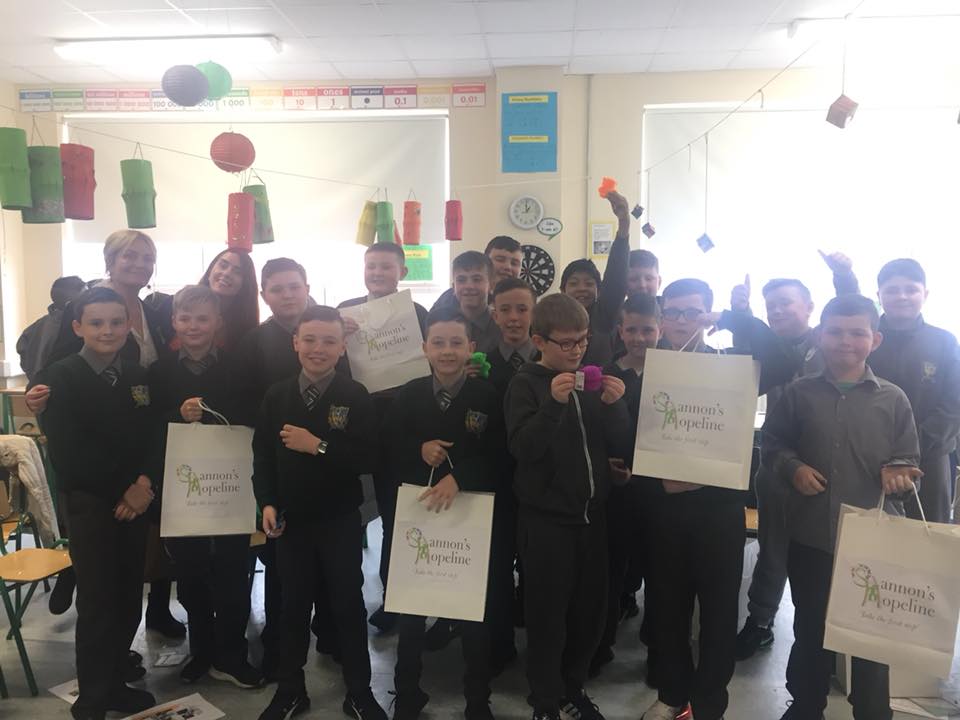 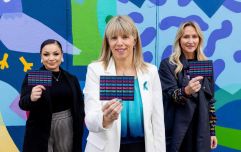 Could you spot the signs of ovarian cancer? Four in Five Irish woman couldn't

END_OF_DOCUMENT_TOKEN_TO_BE_REPLACED

Now a parent myself I wonder how to begin the conversation with my children about mental health and help them to understand their feelings. I asked Sandra what advice she would give to any parents thinking about getting the discussion going on mental health.

"I remember when I lost Shannon and finding out how bad suicide was in Ireland, I was confused and wondering why wasn't any of this on the news. Why is it so well hidden? Knowing how bad it was would have given me the oppertunity to start the conversation because I would often talk to my girls about worrying things on the news. I could have asked 'have you ever thought of suicide' or 'what do you think suicide is'. Maybe then Shannon could have opened up to me.

I would also advise parents to educate themselves on the topic. Look for tips online on how to approach the subject." 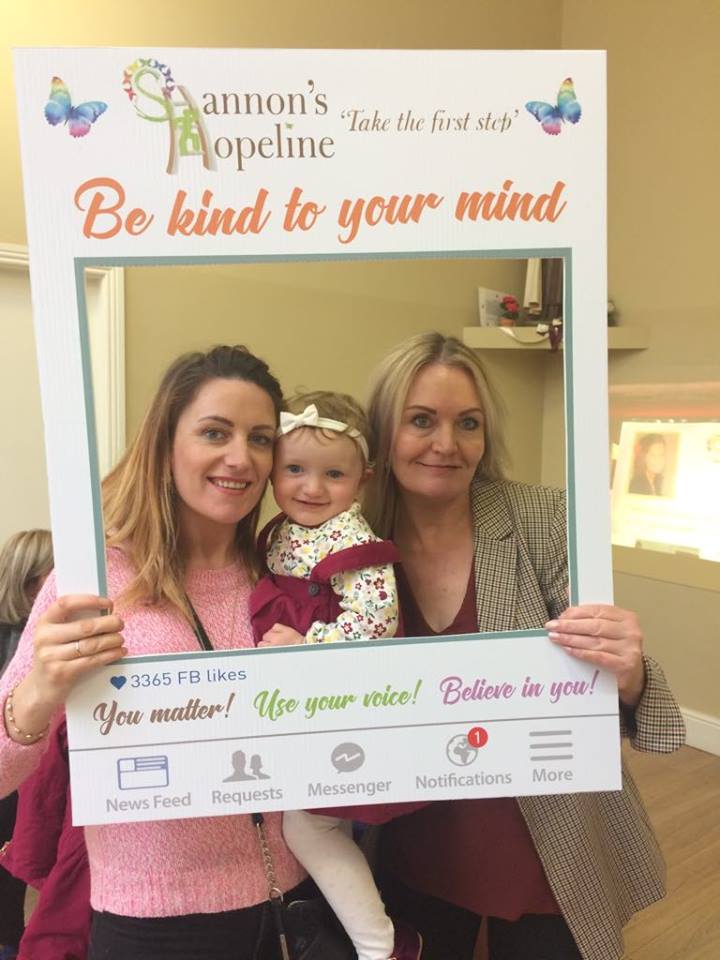 Living in the local community myself I've noticed so many businesses holding events and taking part in sponsored runs and walks to raise funds for Shannon's Hopeline which has no government funding.

"The community has been fantastic. They've helped us raise so much money, we're not government backed or anything. They have coffee mornings, BBQs, the Women's Mini Marathon.

We've a comedy night coming up in this month. Shannon would have been 21 this year so it'll be nice to celebrate, she was a bit of a comedian herself. She always talked about being an actress when she grew up. I think a comedy show will be a lovely way to mark her memory. I was considering having a 21st birthday party but it just didn't feel right." 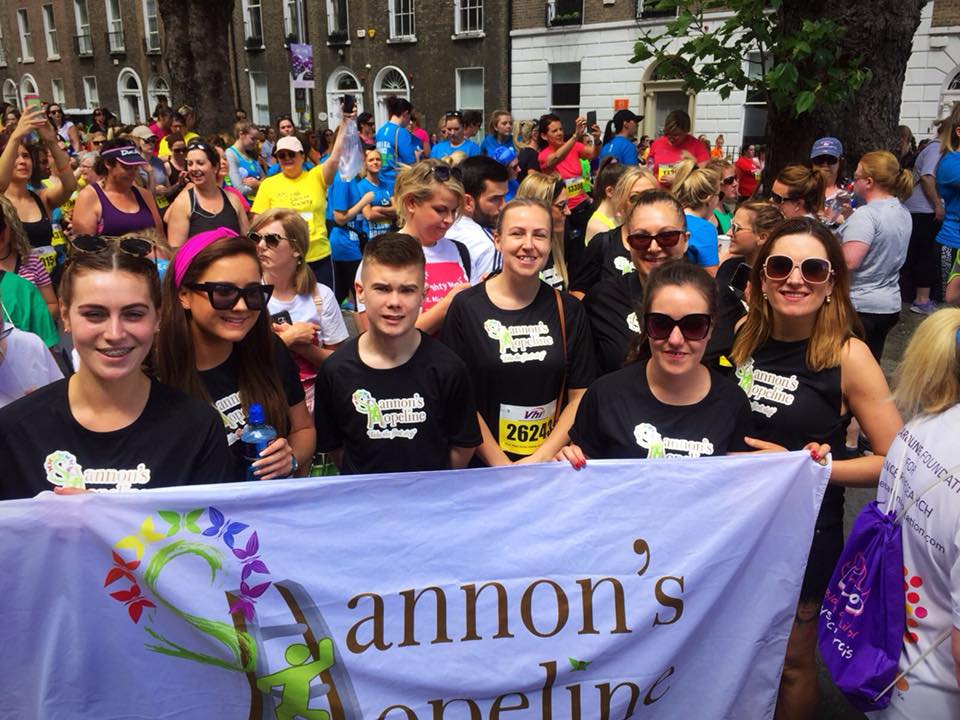 "Kids don't understand what's going on in their head, there's no language for it, that's why it's so important to explain mental health. We love to catch them going from 6th class into the first year of secondary school."

Even though Shannon's passing has led to her mother and other family members helping so many others, nothing can fill the space she left behind.

"When it comes to Shannon I still don't know the full story. I eventually came to a place where I had to accept that I'll never know. She seemed to have friends and be confident but she was still a sensitive person. Even after all this time, I'm still confused as to what happened to Shannon in the end.

When I do look back I think that maybe there were one or two things that I missed. Just little hints. Her last Christmas she said to me 'Christmas isn't the same anymore' which I didn't think anything of at the time. But there weren't any big signs. She didn't isolate herself in her room and she seemed happy."

Searching for signs is one of the most common after effects when we lose someone to suicide. I know having lost people close to me through suicide I've done this myself, but sometimes there are no signs. This is why talking to our children about mental health as early as possible is incredibly important.

Life throws many things our way and when we're young it is particularly overwhelming and difficult to deal with. If you feel like you would like more information on mental health or have lost a loved one through suicide you can contact Shannon's Hopeline at 014549256 or by email at sandra@shannonshopeline.ie.

Sandra has written a book about her experience which will be released soon.


popular
Tom Cruise slated for "inappropriate" behaviour around Kate Middleton
Warning issued to dog owners about the "big stretch"
2 children hospitalised amid US baby formula shortage
The Toy Show Musical looking for a young girl to star in lead role
Rihanna fans slam Chris Brown for commenting on her baby news
Ryanair passenger refuses to swap seats with mum and baby- was she wrong?
Teenager dies after hole he digged on the beach collapses
You may also like
4 hours ago
'Exclusionary' and 'elitist' – time to end allocations of school places for family connections
18 hours ago
Netflix releases trailer for Umbrella Academy season 3 starring Robert Sheehan
1 day ago
Apparently, dads spend 7 hours a year in the bathroom – hiding from their families
1 day ago
New mum criticised for admitting she won't bathe her baby until he is a month old
1 day ago
Musings: 1 in 7 couples prefer sleeping in separate beds and I agree with them
1 day ago
Weekend TV Guide for kids: 10 family friendly films to watch this weekend
Next Page